Atletico Madrid have struggled for an ideal right-back since the departure of Kieran Trippier to Newcastle United in the January transfer window of 2022. With Šime Vrsaljko possibly leaving this summer, Los Colchoneros may not even have one proper right-back heading into the 2022-23 season. As a result, Atletico Madrid may need to sign not one but possibly two right-backs this summer. There is a possibility that one of them could be an experienced man and the other could be a youngster. A well-experienced right-back who may provide short to medium-term stability is Borussia Dortmund’s Belgian international, Thomas Meunier. 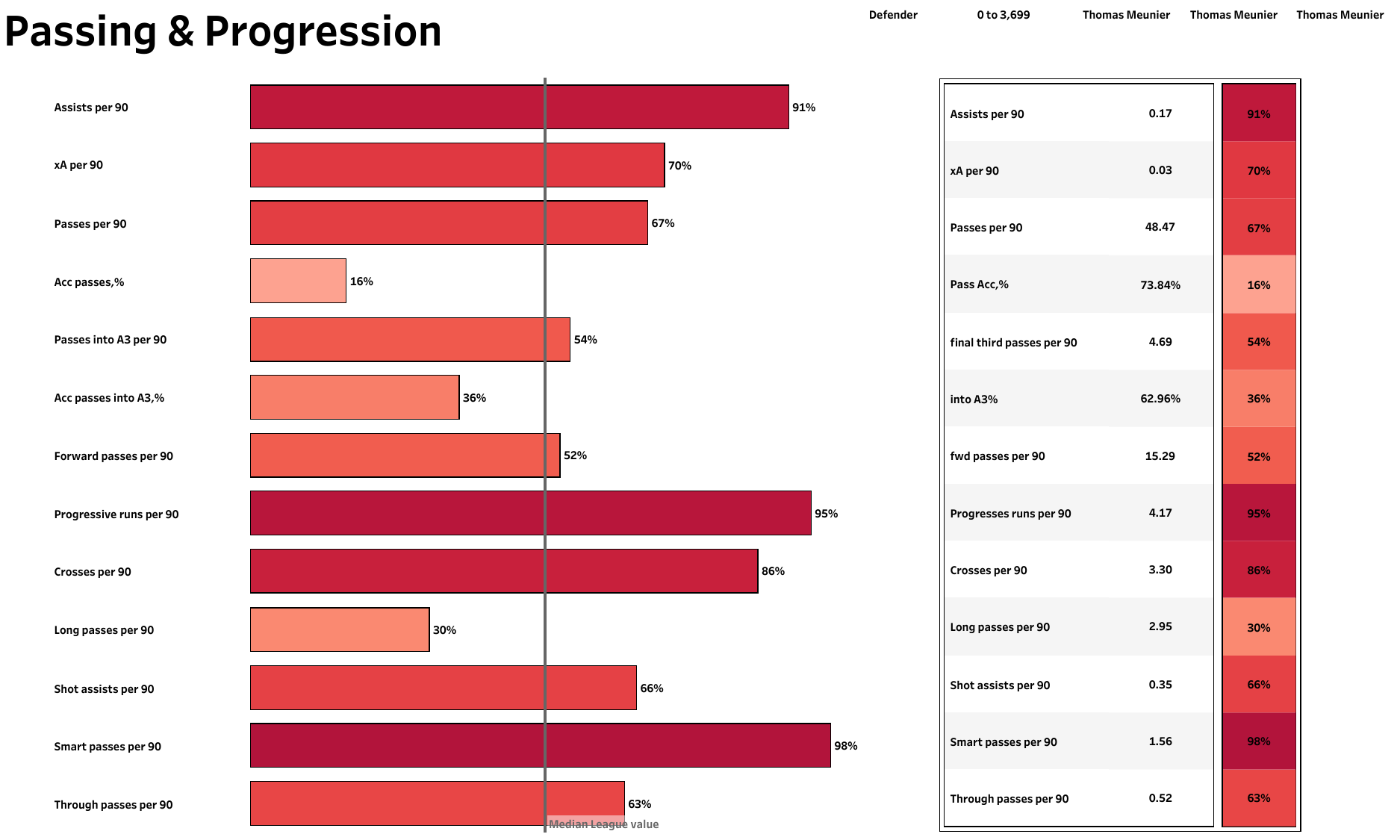 Meunier featured for Borussia Dortmund in all the six games that the team played in the 2021-22 UEFA Champions League season, where they were eliminated in the group stages. In the 483 minutes Meunier was on the pitch, he registered one assist at a rate of 0.17 per 90, which put him in the top 9% of defenders. It was also nearly five times more than what xA predicted. While the 30-year-old full-back was somewhat involved in the game, with over 48 pass attempts per 90, his pass accuracy of only 73.84% was appalling, and it ranked the Belgian in the bottom quintile among defenders. However, on the positive side of things, the Saint-Ode-born right-back did make more than four progressive runs per 90 and deliver 3.3 crosses per 90. Meunier also generated 1.56 smart passes per 90, putting him in the top 2% of defenders for this category.

With more than 13 defensive actions per 90, Meunier did his fair share of defensive work in the recent UEFA Champions League. However, the 56-capped Belgian won only 72.15% of them, which was in the bottom quintile for defenders. On the plus side, the 30-year-old right-back used his height of 190 cm to good effect, winning more than 61% of the aerial battles he contested. The former Club Brugge man also recovered 72.22% of the loose balls for Die Schwarzgelben, putting him in the upper quintile among defenders. With 3.3 recoveries in the opposition’s half per 90, Meunier showed his ability to apply pressure high up the pitch. 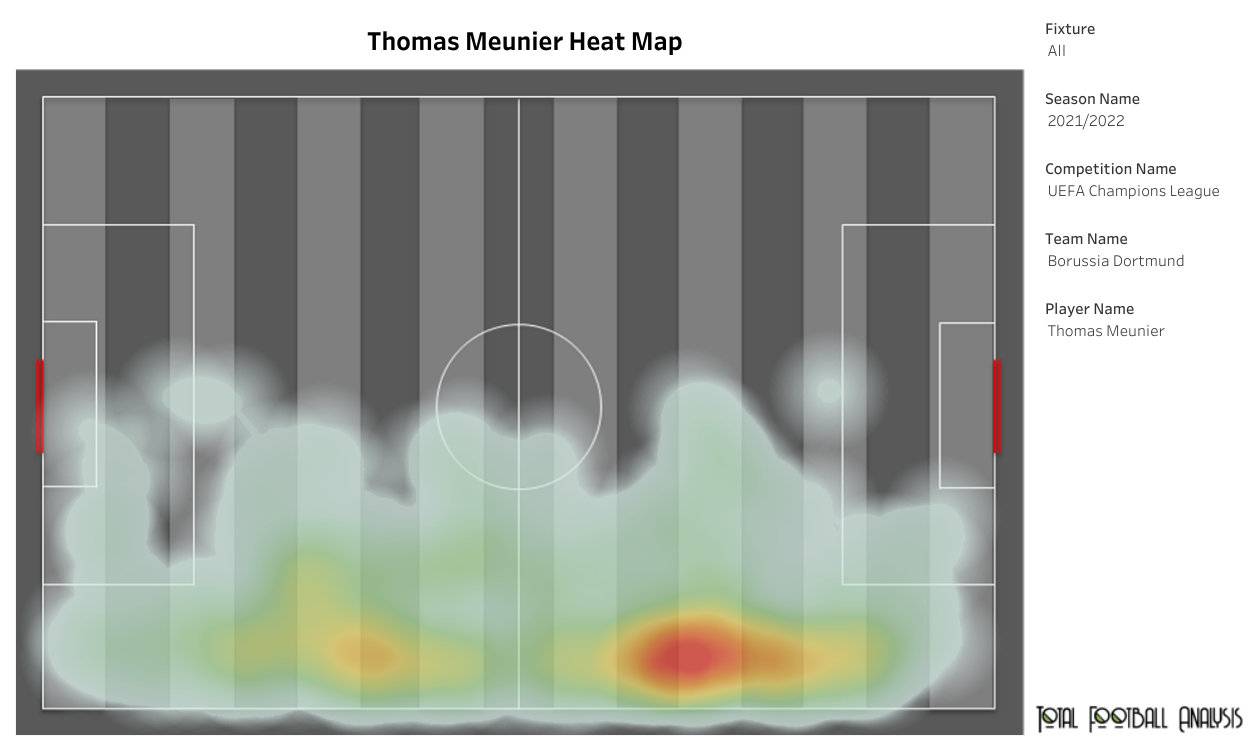 As seen from the above heat map, Meunier was very attack-minded and made use of every opportunity to bomb forward and make overlapping runs down the right-hand side of the pitch. The former PSG man completed 3.89 progressive passes per 90, 3.33 balls into the attacking third and 7.04 progressive carries per 90 in the 2021-22 UEFA Champions League. And on the defensive end, Meunier attempted 15.2 pressures per 90, five tackles and interceptions per 90, 1.67 blocks per 90 and 1.48 clearances per 90.

Thomas Meunier has had a fairly successful time in Borussia Dortmund since his free transfer from PSG in July 2020. Atletico Madrid should make an attempt to sign the experienced Belgian international whose contract expires in June 2024. If successful, the 30-year-old is at best a medium-term solution for Diego Simeone’s side.

Transfer Talk: Juan Foyth – The right-back could be an upgrade on Šime Vrsaljko