When Atletico Madrid signed Thomas Lemar from AS Monaco in the summer of 2018, he was coming off a fairly successful campaign for Les Rouges et Blancs. and he was also a part of the Les Blues squad that won the FIFA World Cup that summer in Russia. So, saying that there were expectations on his shoulders would be an understatement. However, since his arrival at the Civitas Metropolitano, Lemar has failed to hit the highs that he had at Monaco. According to reports, he has now been put up for sale as he enters the last year of his contract. 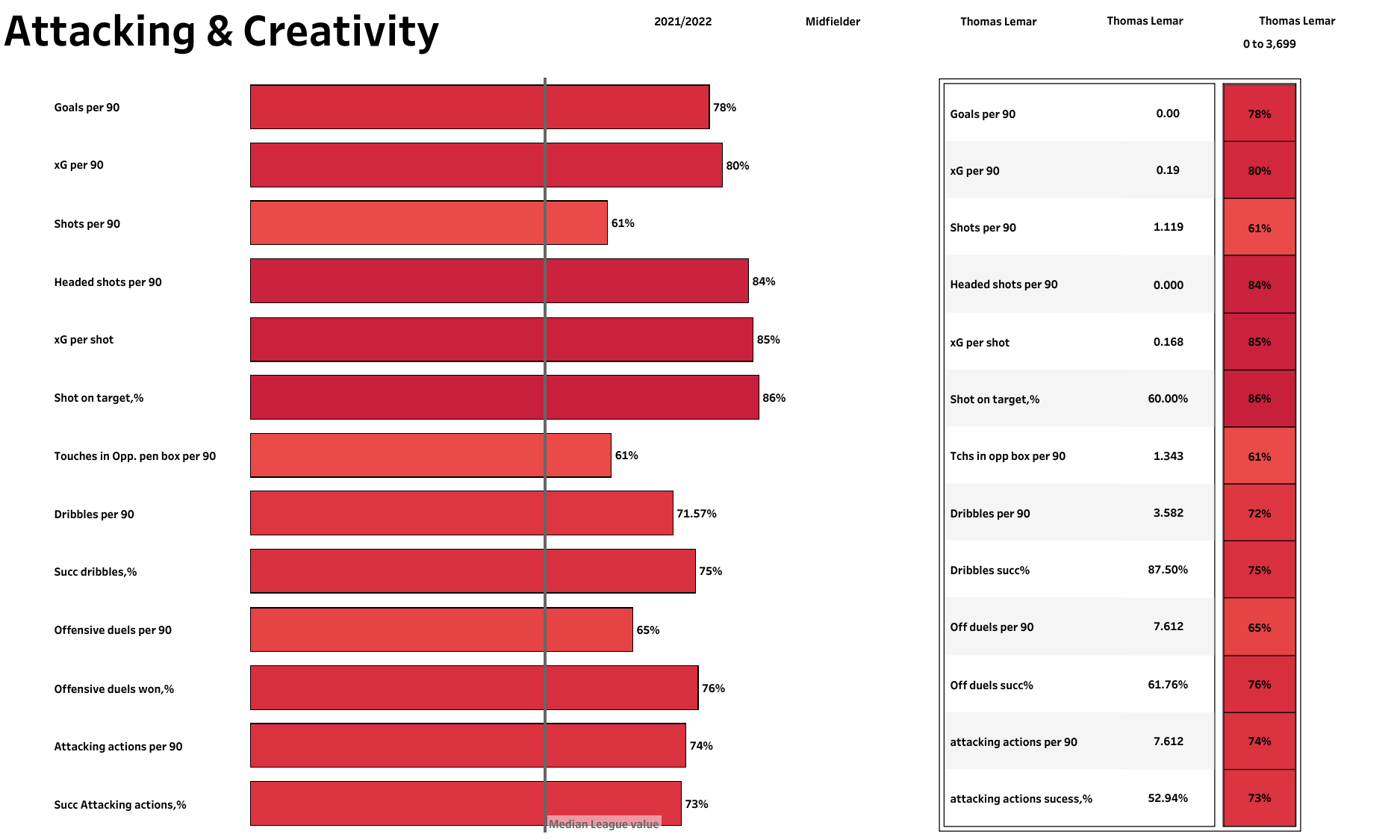 Lemar made 35 appearances in all competitions for Atletico Madrid last season. This included eight in the UEFA Champions League. He neither scored a goal nor provided an assist in his 378 minutes of game-time. He had an xG per 90 of 0.19, good enough for the upper quintile. He attempted only 1.12 shots per 90 but hit 60% of them on target. The Frenchman, who was born in the Caribbean island of Guadeloupe, generated an xG per shot of 0.168, which put him in the top 15%. He could muster only 1.34 touches inside the opposition’s penalty area per 90. He completed 87.5% of his 3.58 attempted take-ons per 90. 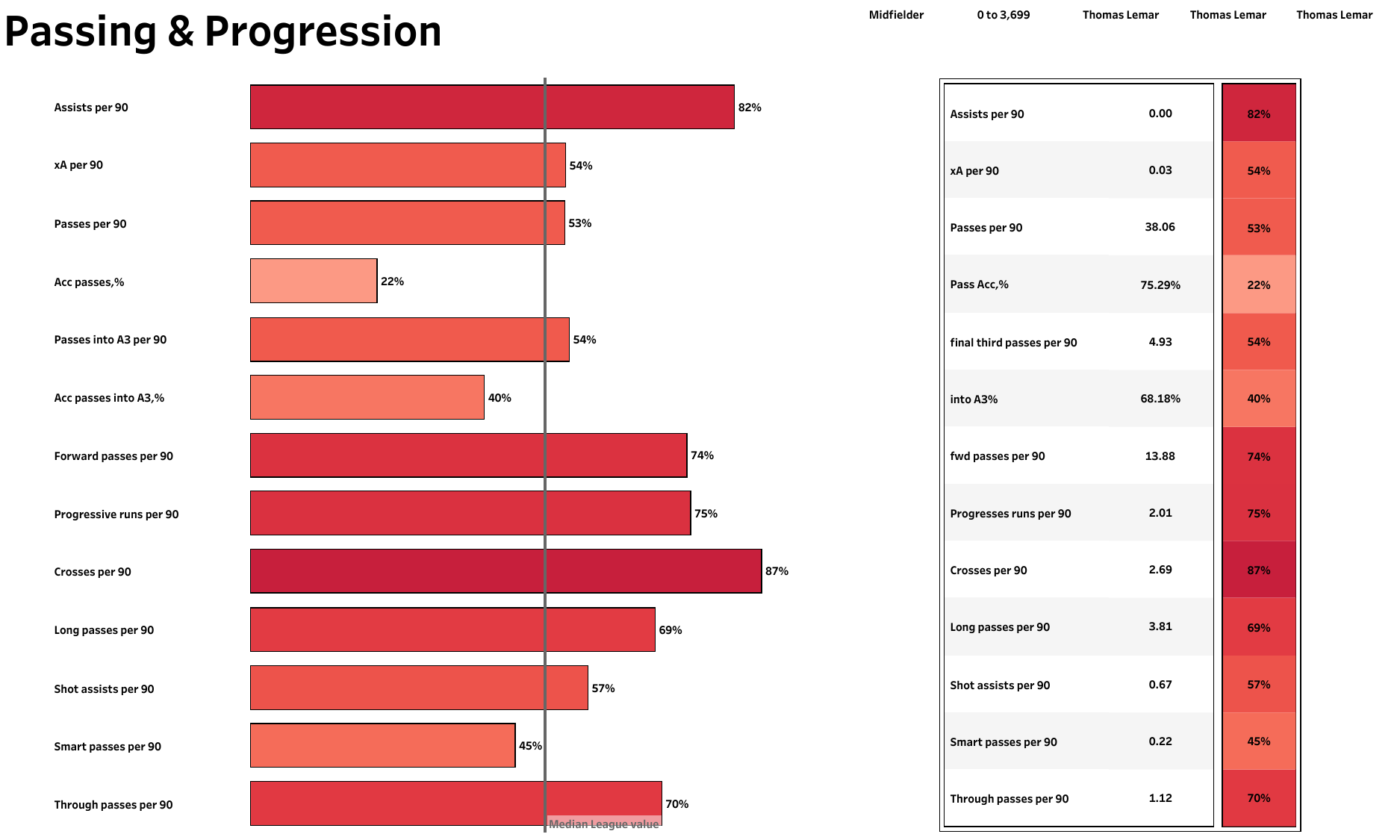 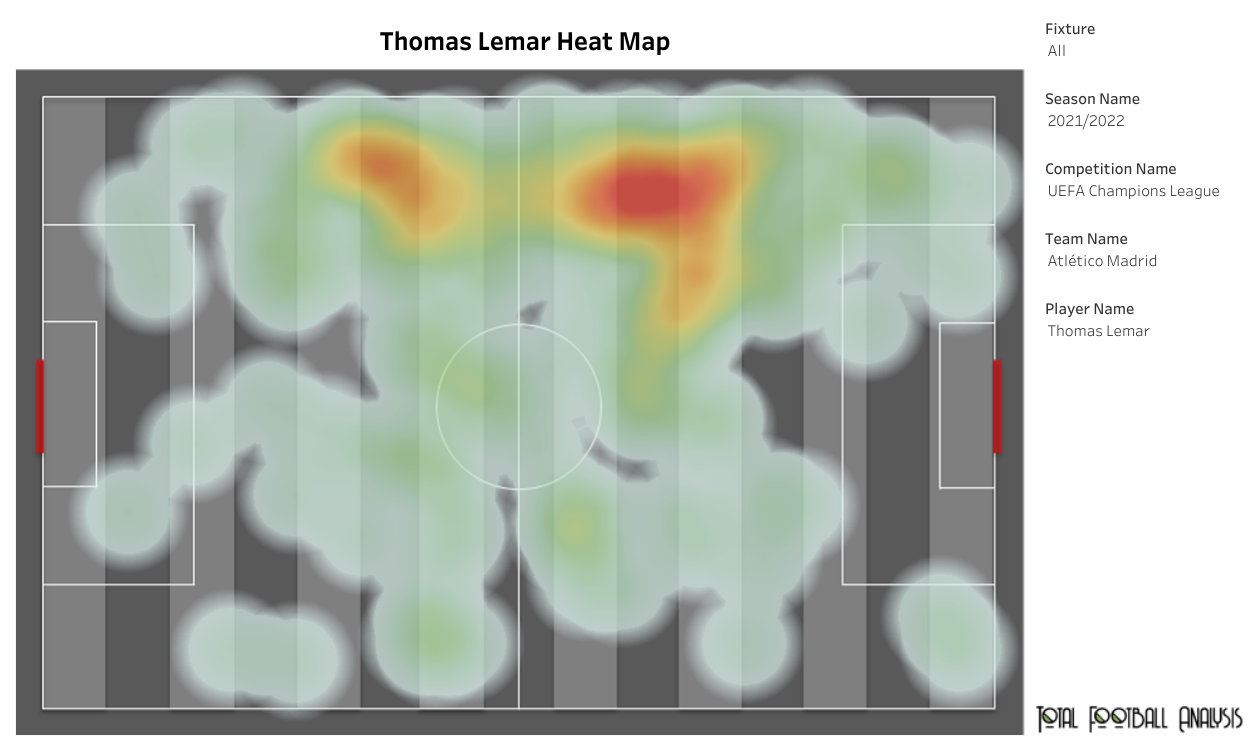 Lemar was highly active on the left-hand side of the final third for Atletico Madrid, as shown in the above heat map. He occasionally cut inside to make room for the left-back (either Renan Lodi or Reinildo Mandava) to make overlapping runs from deeper positions. With the ball at his feet, he completed 4.52 progressive passes per 90, 3.33 passes into the attacking third per 90, 0.95 key passes per 90, 6.67 progressive carries per 90 and 3.1 carries into the final third per 90. He also hit three out of his four shots on target. Off the ball, the Frenchman was tenacious as he attempted just over 20 pressures per 90 (of which five per 90 were successful) and 3.1 tackles & interceptions per 90.

Thomas Lemar managed only 26 goal involvements in his four seasons at Atletico Madrid, a far cry from his days at AS Monaco. Given that Los Colchoneros paid €72 million for his services, he has been nothing short of a giant waste of money. So, it is no surprise to see him being sold by the club.