One of the strangest transfers in the summer of 2021 was the deadline day loaning out of Saúl Ñíguez from Atlético Madrid to Chelsea. This looked every bit unnecessary for both the Blues as well as for Saúl. And it has proven to be one of the worst pieces of business from both Chelsea’s and the player’s point of view as he barely featured for the team. He is now back at Atlético having tanked his market value from €40 million to only €25 million, according to Transfermarkt. That is a decline of 37.5%. 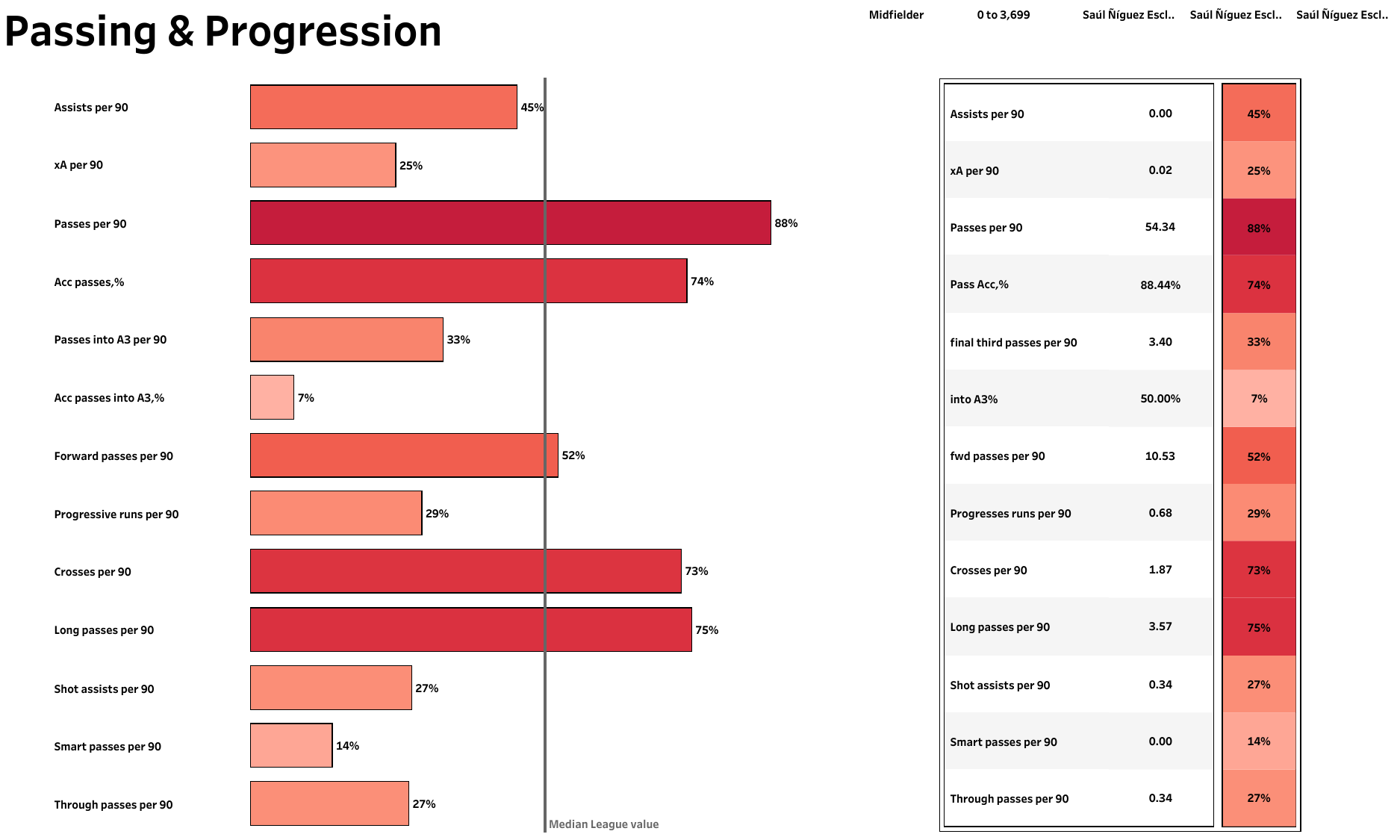 Saúl made 23 appearances across all competitions for Chelsea last season, but only 10 of these came in the Premier League. He played for only 475 minutes in the league, during which he failed to score or assist even once. In fact, his 0.02 xA per 90 put him in the bottom quartile for midfielders. The Spaniard was dependable with his passing as he completed 48 passes per 90 out of his 54 attempts. However, most of his passes were either sideways or backwards in direction as he attempted only 3.4 passes into the final third per 90 and completed a pitiful 50% of them. 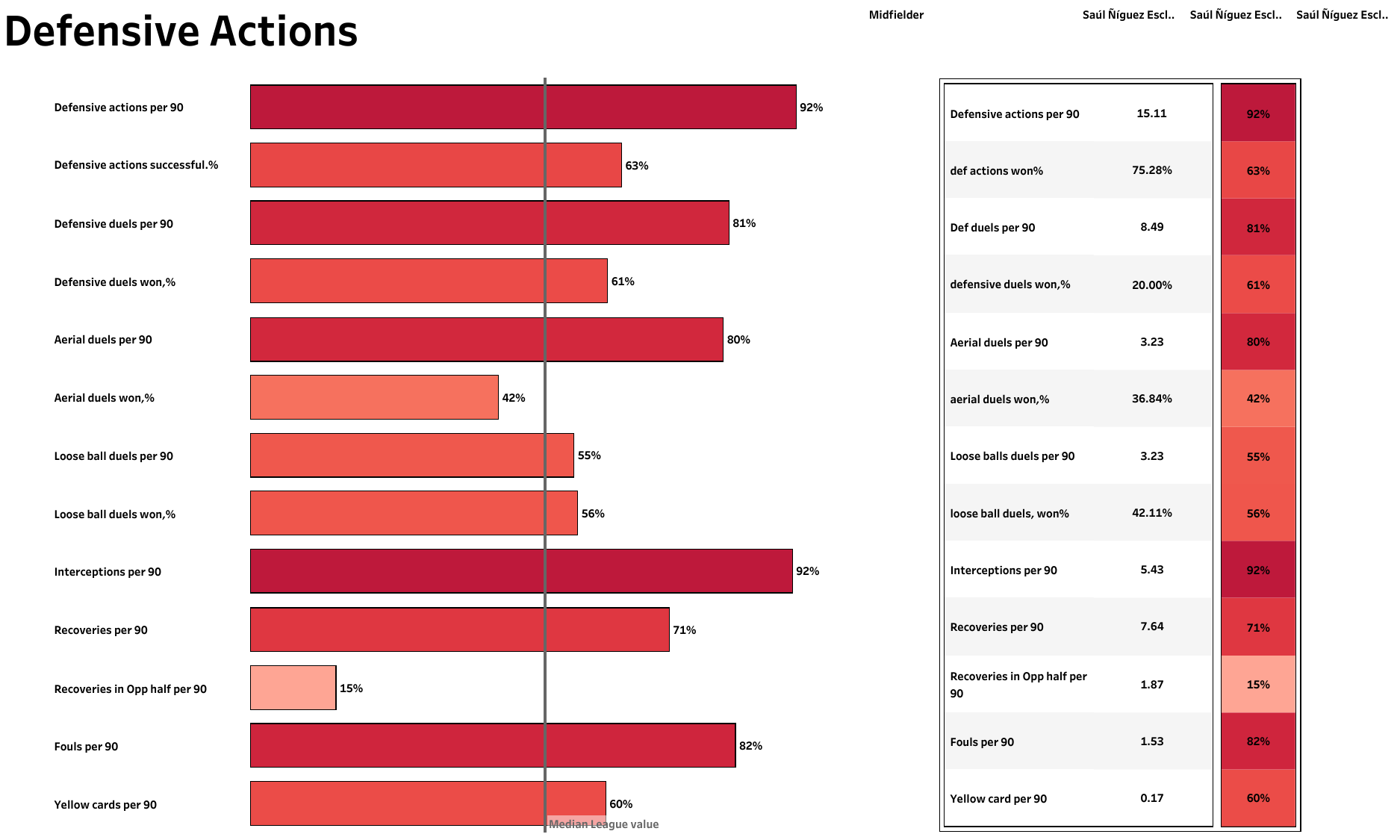 Saúl was tenacious off the ball with his defensive work rate as he attempted more than 15 defensive actions per 90. He won more than three-quarters of them. He competed in nearly 8.5 defensive duels per 90 and won 20% of them. Being 184 cm tall, he was in a position to attempt 3.23 aerial duels per 90. The Spaniard’s 5.43 interceptions per 90 placed him in the 92nd percentile among midfielders. He also made a respectable 7.64 recoveries per 90. However, his main drawback was his fouling as he committed more than 1.5 fouls per 90.

Despite being a natural central midfielder, Saul was not utilised properly by Thomas Tuchel as the German coach stuck him out on the left wing instead of his natural position. As his defensive work rate indicated, he can make helpful contributions on the defensive end of the pitch. He attempted 19.4 pressures per 90, 5.47 tackles & interceptions per 90, 2.45 blocks per 90 and 1.32 clearances per 90. While going forward, he completed only 2.45 passes into the final third per 90, 3.02 progressive carries per 90 and 1.32 progressive passes per 90, all of which rank him significantly below average in the Chelsea squad.

Saúl is most likely relieved that his torrid time on loan at Chelsea is over and has returned to the Civitas Metropolitano. He is back under Diego Simeone who knows how to use the 19-capped Spain international’s talents in midfield.