Diego Simeone’s seeming move towards a more possession-based football at the start of the season was greeted as a welcome change in the Argentine manager’s tactics. The shift in tactics saw the arrival of Argentine midfielder, Rodrigo De Paul, at the Wanda Metropolitano stadium. De Paul was in the highlights last year for his impressive performance during Argentina’s title-winning run in the Copa America.

The former Udinese man, who played in LaLiga during his time at Valencia, has been one of Rojiblanco’s most consistent performers this season amidst Simeone’s struggles to evolve his system. His last season in Italy with Udinese saw him score nine times and lay nine assists. De Paul’s growing prominence and importance in Atletico’s midfield has been taken note of by many fans. He has become such a vital part of Simeone’s midfield in a relatively short period that the Colchoneros struggle to perform in the absence of the midfielder.

So far, the Argentine international has featured in 20 games in the LaLiga, while he was involved in all six of his side’s Champions League group stage matches, starting in four and appearing from the bench in two. De Paul has slowly become the orchestrator in the midfield for Atletico, and his passing, vision, and creativity are an asset for his side.

Let’s take a look at his stats from the Champions League to gauge how Atletico’s new conductor in the midfield has performed.

In the above viz., we can see De Paul’s passing & progression stats. The Argentine has fared well in terms of the majority of the stats, with most of his stats surpassing the league median. His most notable stats are expected assists per 90, passes into the attacking third per 90, and through passes per 90. The midfielder has averaged more than 14 forward passes per match and upward of seven final third passes. De Paul demonstrates assurance with the ball and is adept in dribbling. He is known for his progressive ball carries, and he frequently drives the ball forward from the central areas. His versatility, creativity, and ability on the ball are some of his best assets. 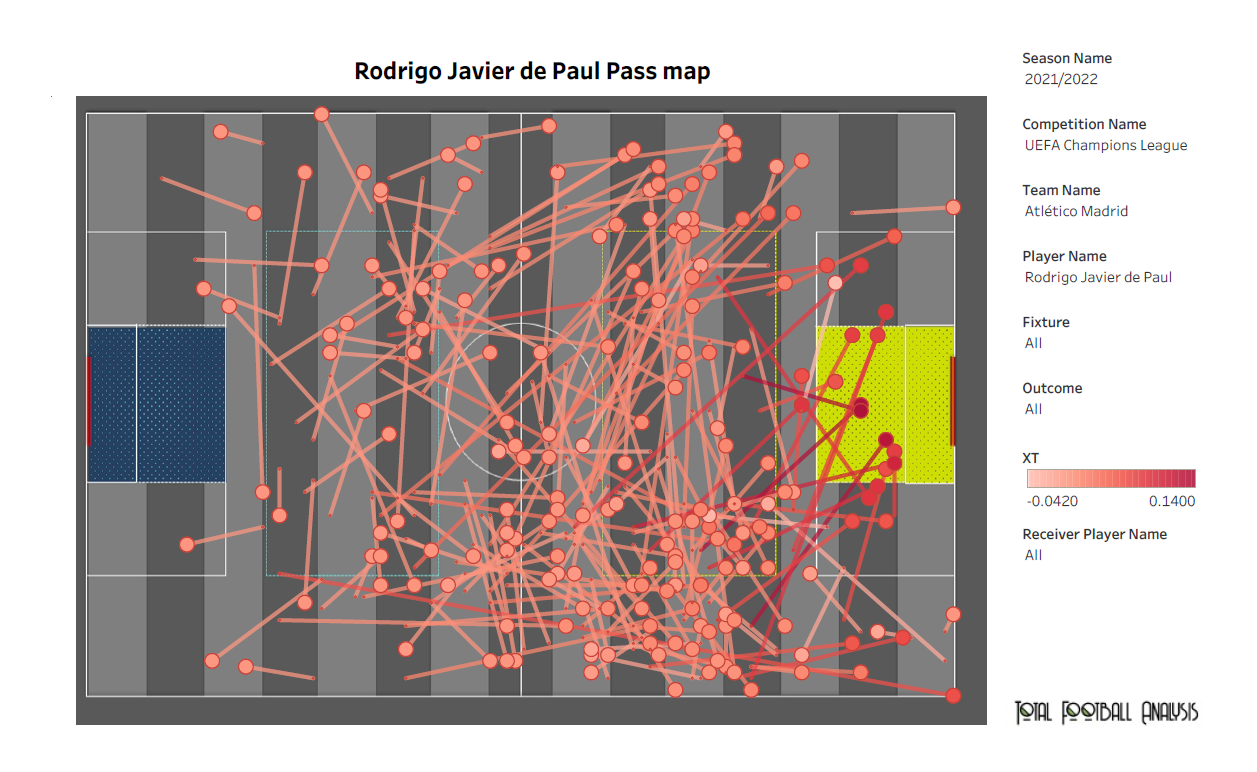 We can see another example of De Paul’s creativity in the above viz. It highlights the areas of the pitch where the midfielder has delivered his wide array of passes. He has delivered multiple threatening passes into the box from the half-spaces in the opponent’s half. De Paul’s passing range and vision allow him to deliver highly threatening passes in the opponent’s half. The Argentine can dictate possession and conduct the game in the midfield. 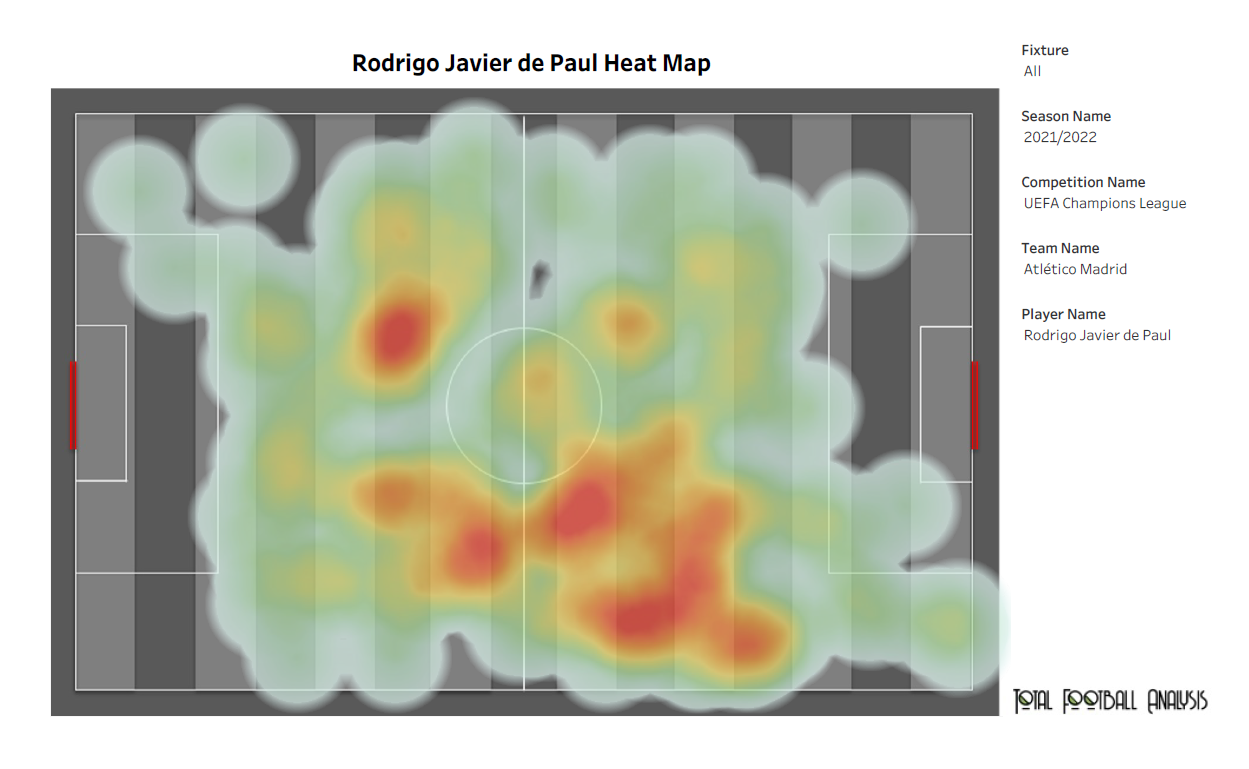 An underrated attribute of his game is how well he combines the attacking and defensive side of his duties. Although his output in the opponent’s half makes him a threat, De Paul has made sure to aid his side extensively in defense. He is intense without the ball and constantly tracks back to aid his defenders. In the above viz., we can see the areas of the pitch where the midfielder is most active. As indicated by the viz., De Paul has been active all over the pitch. He mostly occupies the half-spaces in the opponent’s half while also drifting back in his half.

While Atletico have struggled for a large part of the first half of the season, De Paul has emerged as Atletico’s standout performer. He has been impressive since the start of the season and has established himself as the Rojiblanco’s new conductor in the midfield.