After two years at Atletico Madrid, which saw him deliver the league title in his first season, Luis Suarez is leaving the Wanda Metropolitano. As a result, Los Colchoneros will need to bring in a replacement for him. One such name could be Liverpool forward Roberto Firmino. The Brazilian’s contract at Anfield expires in the summer of 2023. With the arrivals of Diogo Jota in 2020 and in particular, Luis Diaz this January, the Brazilian has found game-time hard to come by. With this in mind, we will explore as to why Firmino might be an important addition to Atletico Madrid’s attack.

Firmino has played 20 matches in the Premier League this season for Liverpool, but he has played less than 1,000 minutes. In his limited game-time, Firmino has netted five goals for the Reds at a rate of 0.42 goals per 90, which is higher than his xG per 90 of 0.38. The Brazilian has taken 30 shots, meaning he has had 2.2 shot attempts per 90 and a conversion rate of six shots per goal scored. The former Hoffenheim man has taken 4.4 touches per 90 in the opposition’s penalty box, which puts him in the top 17% for forwards. 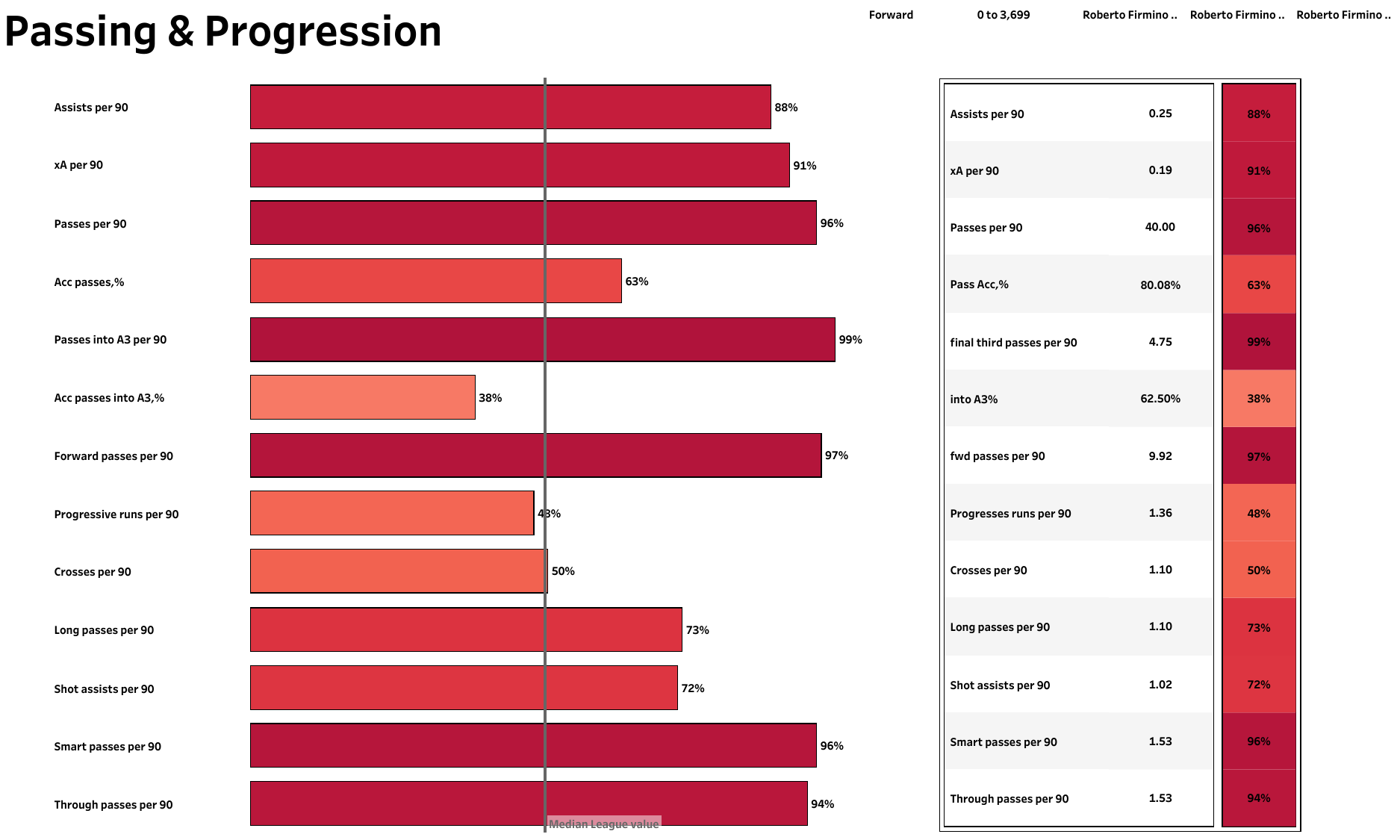 In his limited playing time, Firmino managed to provide four assists in the league this season, at a rate of 0.25 assists per 90. This rate is also higher than what xA estimated, which was 0.19 per 90. Firmino is also very much involved in Jurgen Klopp’s men building up attacks as he has attempted 40 passes per game at an accuracy of 80%. 4.75 of these 40 pass attempts by Firmino are into the final third, which is in the top 1% for forwards. The Brazilian also ranks in the top 6% for smart passes per 90 and through balls per 90. 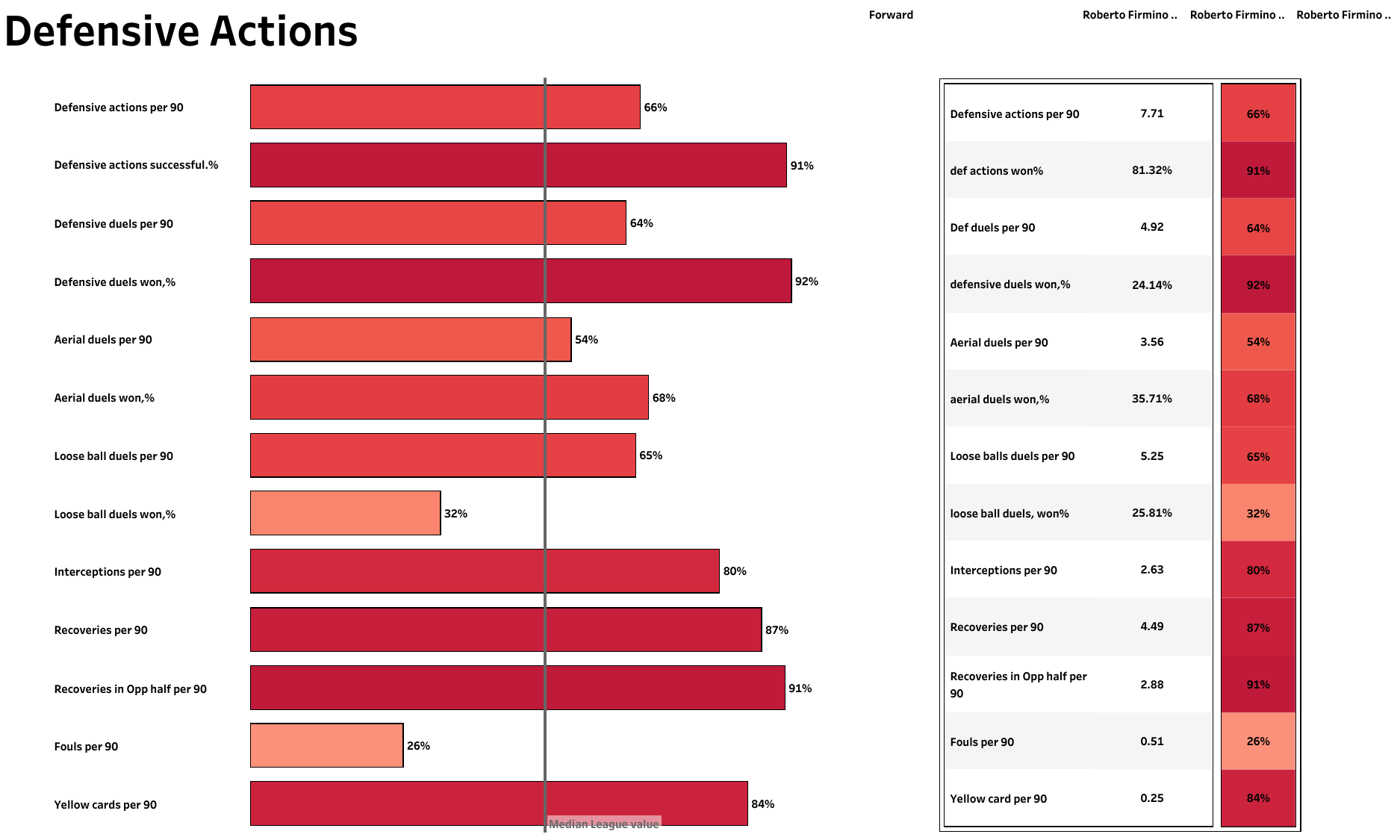 Firmino also brings a defensive work rate to the Liverpool attack, with 7.71 defensive actions attempted per 90. And he is coming out successful on 81.32% of the occasions. With a 24.14% success rate in defensive duels won, the Brazilian is ranked in the 92nd percentile for this category. Firmino also ranks in the top quintile for interceptions per 90 with 2.63, recoveries per 90 with 4.49 and recoveries in the opposition’s half per 90 with 2.88.

With Roberto Firmino’s contract expiring in June 2023, Liverpool might want to cash in on the Brazilian forward. And the forward might also want to get a lot more minutes ahead of the World Cup in November so that he could increase his chances of being picked up by Tite. Firmino would add experience to Atletico Madrid and guide the youthful Joao Felix and Matheus Cunha.