From winning the LaLiga title last season to stumbling down to the fifth spot in the league, the Rojiblancos fortunes have turned for the worse. Yet again, they were unable to show up in another big game this season as they fell to a 2-4 defeat at Camp Nou. Simeone would need to sort out his side’s defense if his side are to remain in contention for the top four. Amidst Atletico’s poor defensive performance this season, Renan Lodi is among the players in Atletico’s defense who have struggled to replicate their performances from the title-winning last season.

Since the arrival of Simeone at Atletico, the Rojiblanco’s have been known for bringing impressive defensive talents to their ranks. The 23-year-old Brazilian became one of those signings when he made a move to the Wanda Metropolitano stadium in the summer of 2019. Lodi was impressive in his first season with Atletico, featuring in 32 games in the LaLiga. He followed up on his brilliant first season with yet another strong season, making 23 appearances in the league and eight in the Champions League as well. He was especially influential during the back end of last season in the left-back position, where Simeone deployed a 4-3-3 formation.

In the current campaign, Lodi has struggled to feature in Simeone’s starting line-up, starting in just seven matches. Despite his underperformance, Lodi was reportedly one of the targets for Newcastle during the January transfer window.

Let’s take a look at his stats from the Champions League to gauge his performances for Simeone’s side. 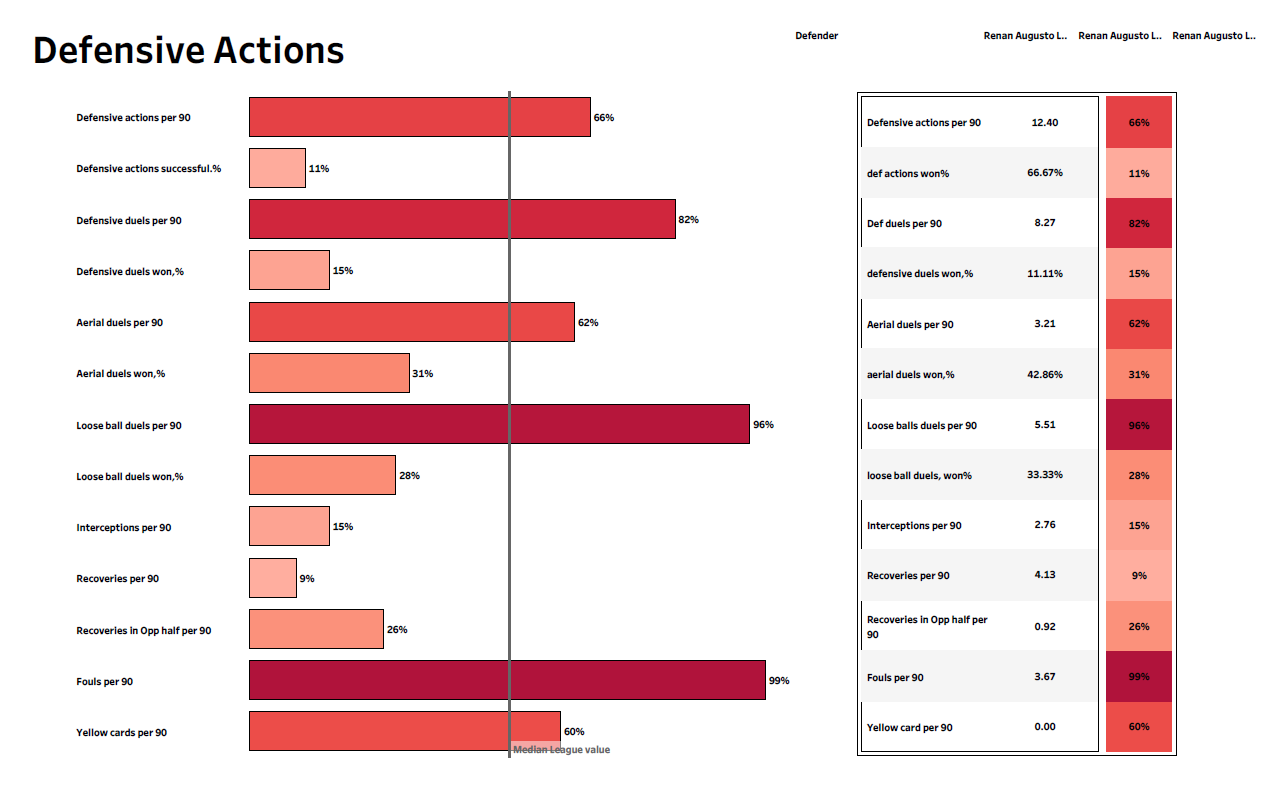 While he featured in all six of Atletico’s group stage matches, Lodi was limited to substitute appearances. In the above viz., we can see that Lodi has struggled to perform defensively this season. He has been involved in a high number of defensive, aerial, and loose ball duels, but his success rate in those duels has been poor. The majority of his defensive stats are below league median as well. Many of his poor performances can be attributed to Simeone’s struggle to evolve his system to a more possession-based style. Lodi is known for his tireless work rate and can utilize his speed to exploit the spaces in the left-flank. He is adept at dribbling and can distribute the ball to his teammates. In addition, the 23-year-old has demonstrated a good crossing ability.

In the above viz., we can see the areas where he has delivered his various passes and crosses from the left flank. Lodi has struggled to deliver threatening passes into the final third and to the opposition box as well. The pass map also highlights that most of his passes have been backwards and sideways. Although, while analyzing his stats, we need to consider his fewer minutes and his side’s overall performances. 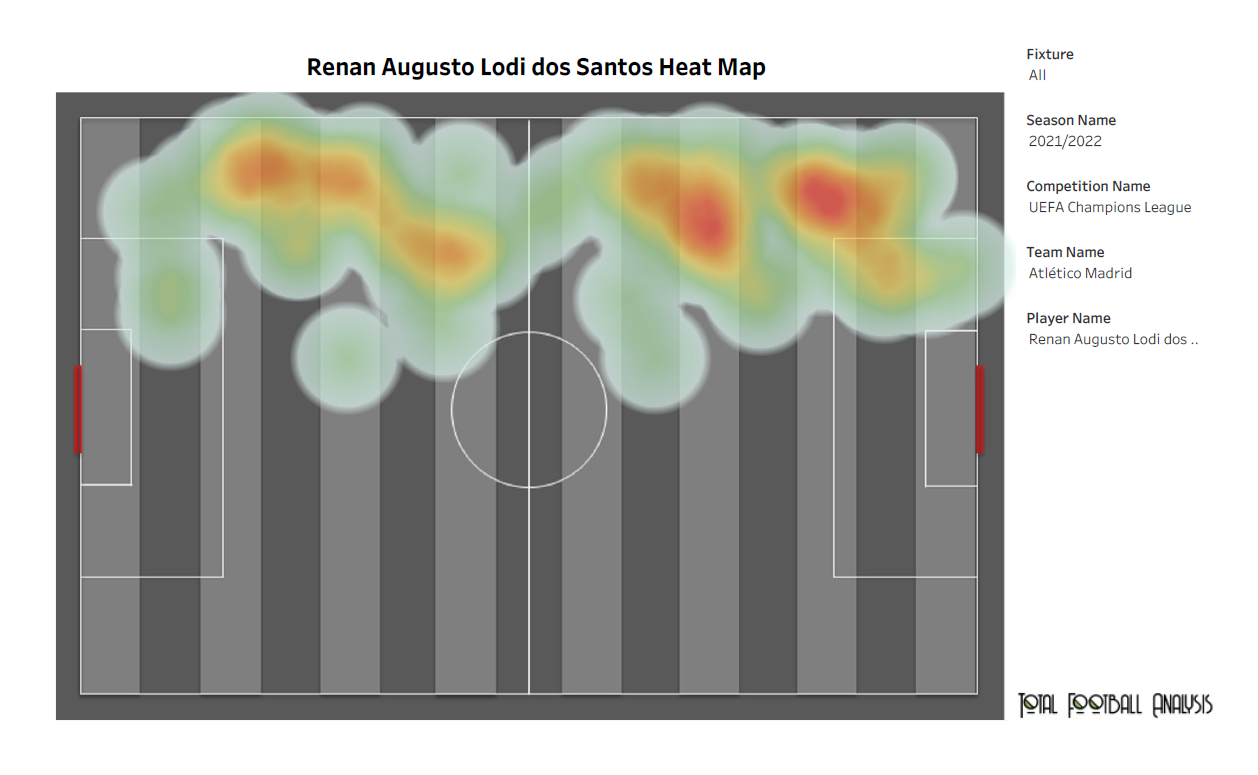 Lodi is known for his energetic style of play. His stamina and speed allow him to cover the left flank effectively. The Brazilian is effective with or without the ball and can penetrate the opposition box with his movement. He has also shown impressive one-on-one capabilities in isolated situations. Although Lodi possesses the attributes of a modern full-back and is relatively balanced in both offensive and defensive areas, we can see in the above viz. that he has been more active in the offensive half.

The current season has not gone well for Lodi as well as for Atletico. Lodi has found it difficult to break into Simeone’s starting lineup and has underperformed. However, he has shown his capabilities in the previous seasons. Still only 23-years of age, Lodi has a lot of scope for improvement.