For several seasons now, Atletico Madrid’s water-tight defence would mask the goalscoring deficiencies at the Wanda Metropolitano. However, in the 2021-22 season, Jan Oblak’s poor form, combined with a general decline in defensive standards, exposed the attack at Los Colchoneros. With Luis Suarez gone, Antoine Griezmann failing on his return to the club, and Matheus Cunha still adapting and being a bench option at best, Atletico Madrid are once again in need of attacking reinforcements this summer. One name who has been heavily linked with several big teams, including Atletico, is Argentina attacker, Paulo Dybala. Dybala has confirmed that he will leave Juventus at the end of his month. With that in mind, let us see why Atletico Madrid should try and sign the Argentine attacker. 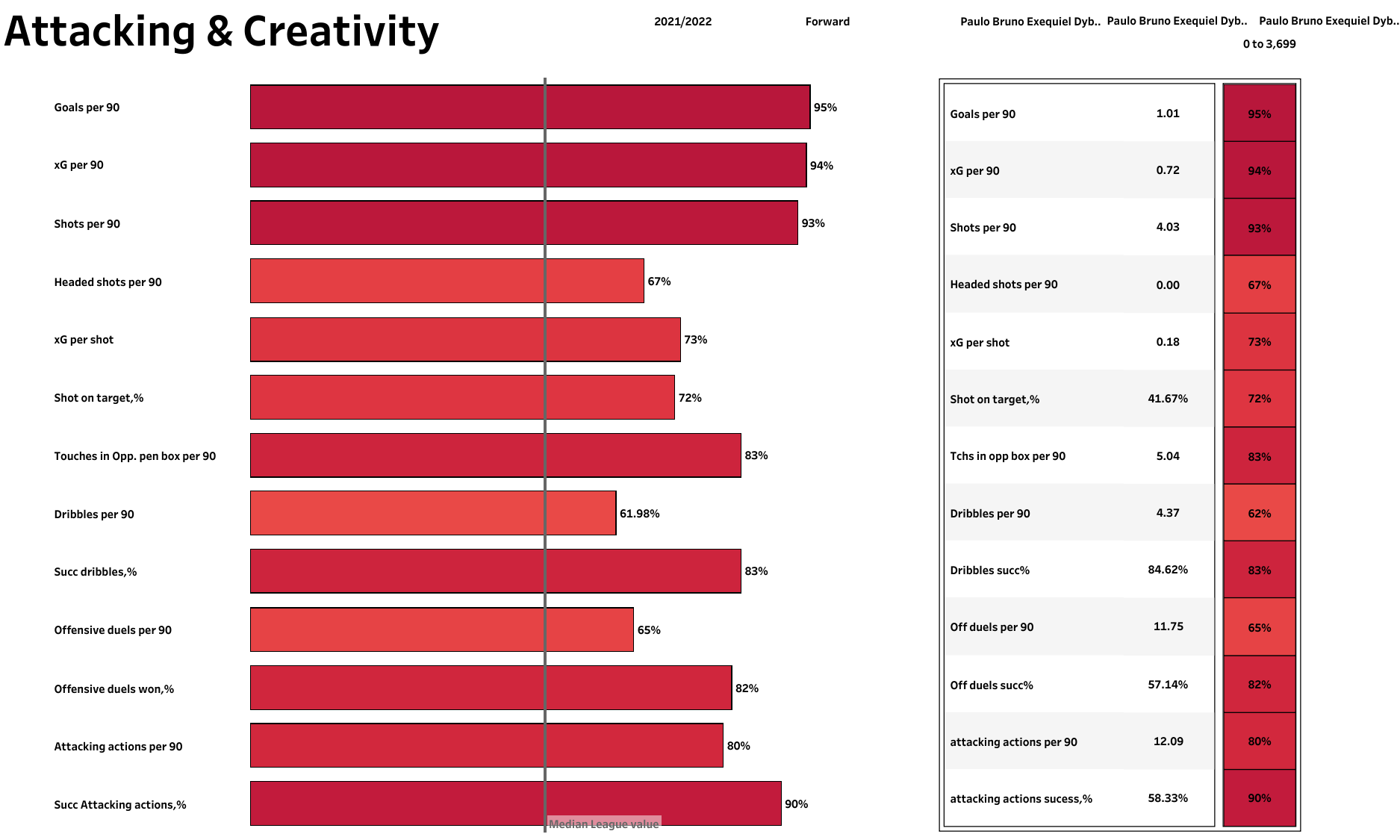 Dybala made five appearances for Juventus in the 2021-22 UEFA Champions League season as the Old Lady were dumped out of the Round of 16 by Villarreal. Dybala played a total of 256 minutes in the competition as a second striker. The Argentine scored thrice at an excellent rate of 1.01 goals per 90, putting him in the top 5% of forwards. It is higher than the already impressive xG per 90 of 0.72, which ranked him in the top 6%. La Joya took just over four shots per 90 and hit 41.67% of them on target. With over five touches in the opposition’s penalty area per 90, Dybala is in the upper quintile of forwards in this category. Dybala also attempted 4.37 dribbles per 90 at a highly successful rate of 84.62%. 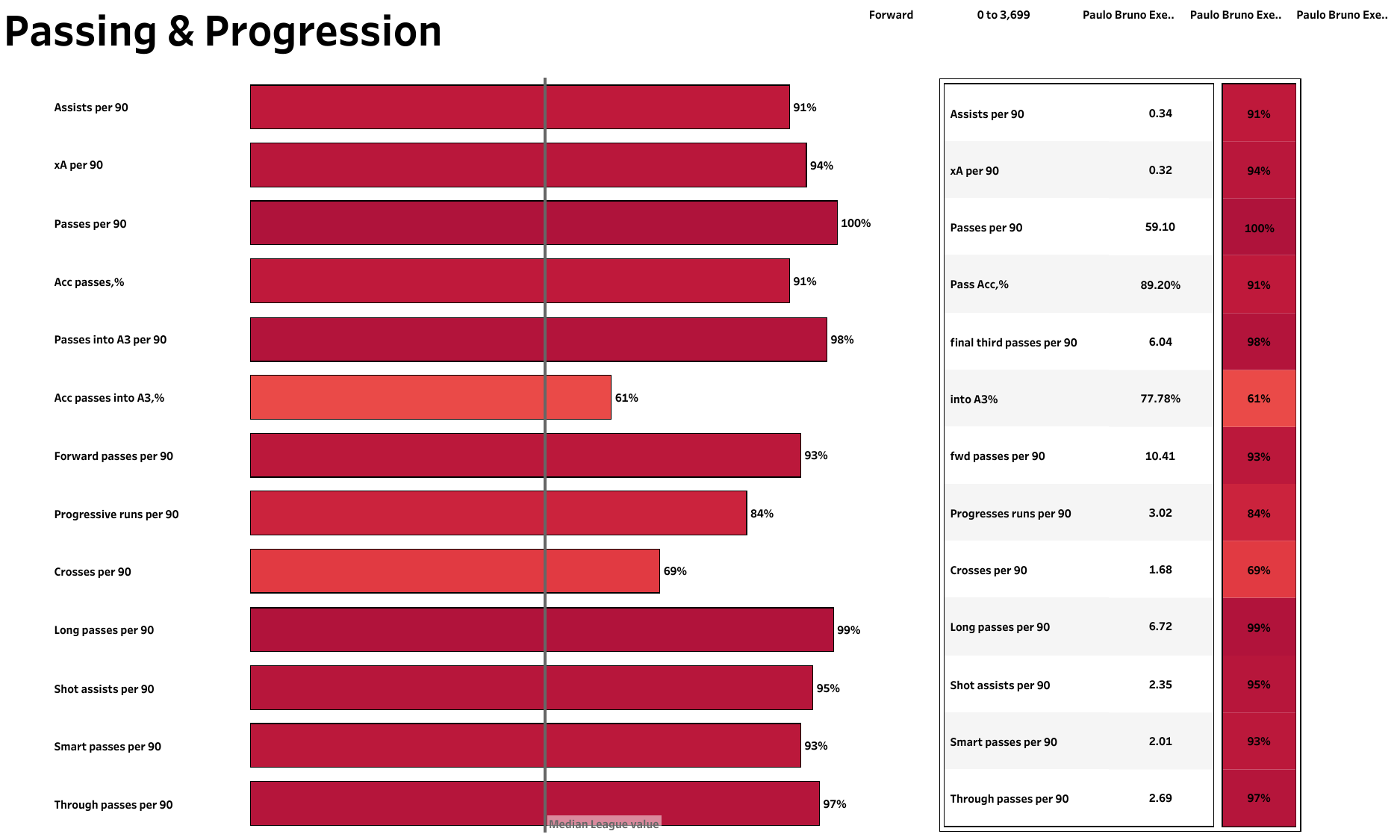 In addition to scoring three times, Dybala also provided one assist in the UEFA Champions League season just gone by. Dybala had a goal involvement of one every 64 minutes of action. He slightly outperformed his xA per 90 of 0.32 with 0.34 assists per 90. With 59 pass attempts per 90, he was in the 100th percentile of forwards in this category, and his pass accuracy was also very high at 89.2%. La Joya attempted slightly over six passes into the final third per 90, putting him in the top 2% of forwards in this category. With 6.72 long balls per 90, 2.35 shot assists per 90, 2.01 smart passes per 90 and 2.69 through balls per 90, Dybala ranked in the 99th, 95th, 93rd and 97th percentiles, respectively, for these categories. 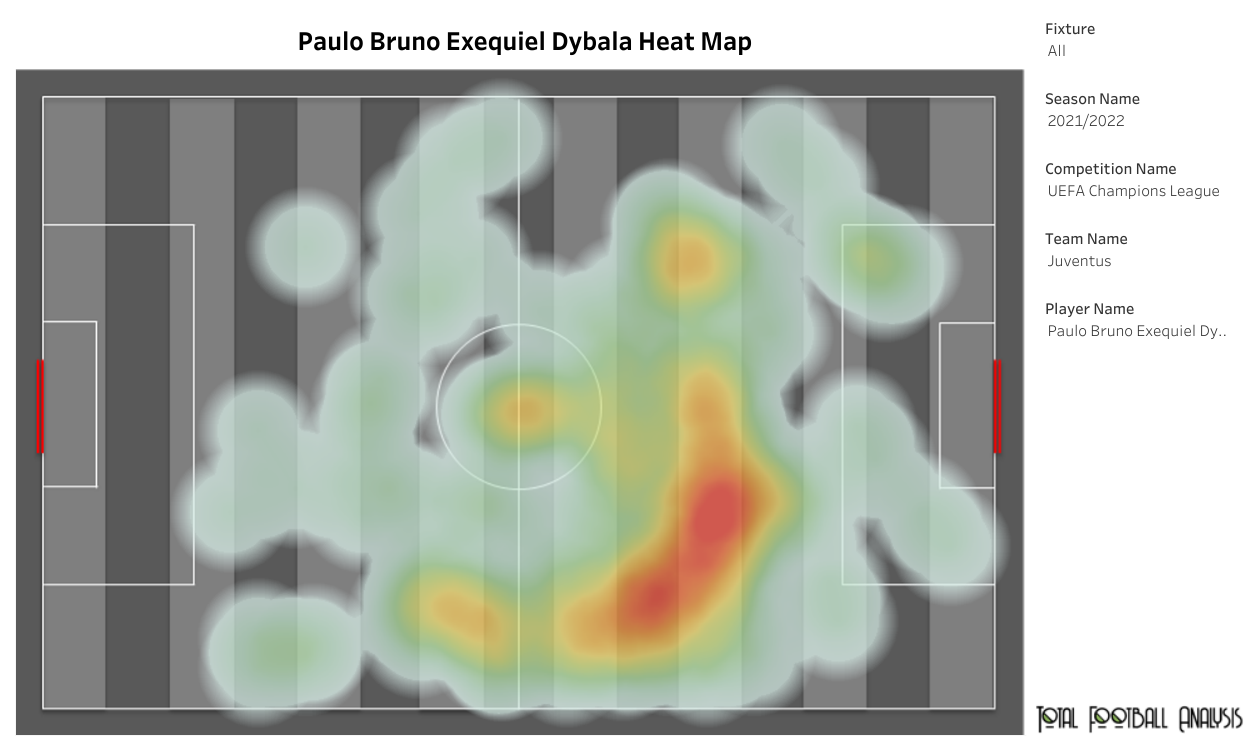 As seen from the above heat map, Dybala played through the middle as well as on the right wing for Juventus in the 2021-22 UEFA Champions League. He could create from the centre or he could receive the ball on the right and cut inside using his stronger left foot.

The list of potential suitors for Paulo Dybala is long, which includes the likes of Arsenal, Inter Milan and Roma besides Atletico Madrid. While Inter Milan remain the favourites to sign La Joya, Atletico Madrid should make an attempt to convince the 28-year-old to join the Wanda Metropolitano.