Paulo Dybala’s contract extension has been a point of contention for Juventus for multiple seasons now. It has been reported that Dybala, whose current deal expires in the summer, has failed to reach an agreement with the club for an extension. Now a host of clubs have reportedly expressed their interest in signing the Argentine international, including several top European clubs such as Barcelona, Inter Milan, and Atletico Madrid.

Reports from Spain claim that Barcelona and Atletico Madrid are two Spanish clubs interested in signing Dybala. The Rojiblancos were reportedly eyeing a move for the Argentine last summer as well, a move which would have seen Morata make his loan move at the Old Lady permanent and Dybala moving to Madrid. Since joining Juventus from Palermo in 2015, Dybala has become one of the most sought-after attacking players in Europe. The 28-year-old, who is primarily a left-footed forward, is capable of playing in multiple roles in the attacking line-up. Dybala can be deployed as a second striker, a false nine, or an attacking midfielder.

With many reports linking Luis Suarez with a move away from Atletico in the summer, Simeone would be interested in adding someone of Dybala’s attacking talent to his squad. Although the Argentine forward will not be an exact replacement for Suarez, he would provide stiff competition for Angel Correa, Joao Felix, and Matheus Cunha in Simeone’s attack. Dybala has featured 274 times for the Bianconeri, scoring 109 goals and registering 46 assists.

Let’s take a look at some stats from Dybala’s appearances in the Champions League to gauge whether he can provide Simeone with the attacking edge. 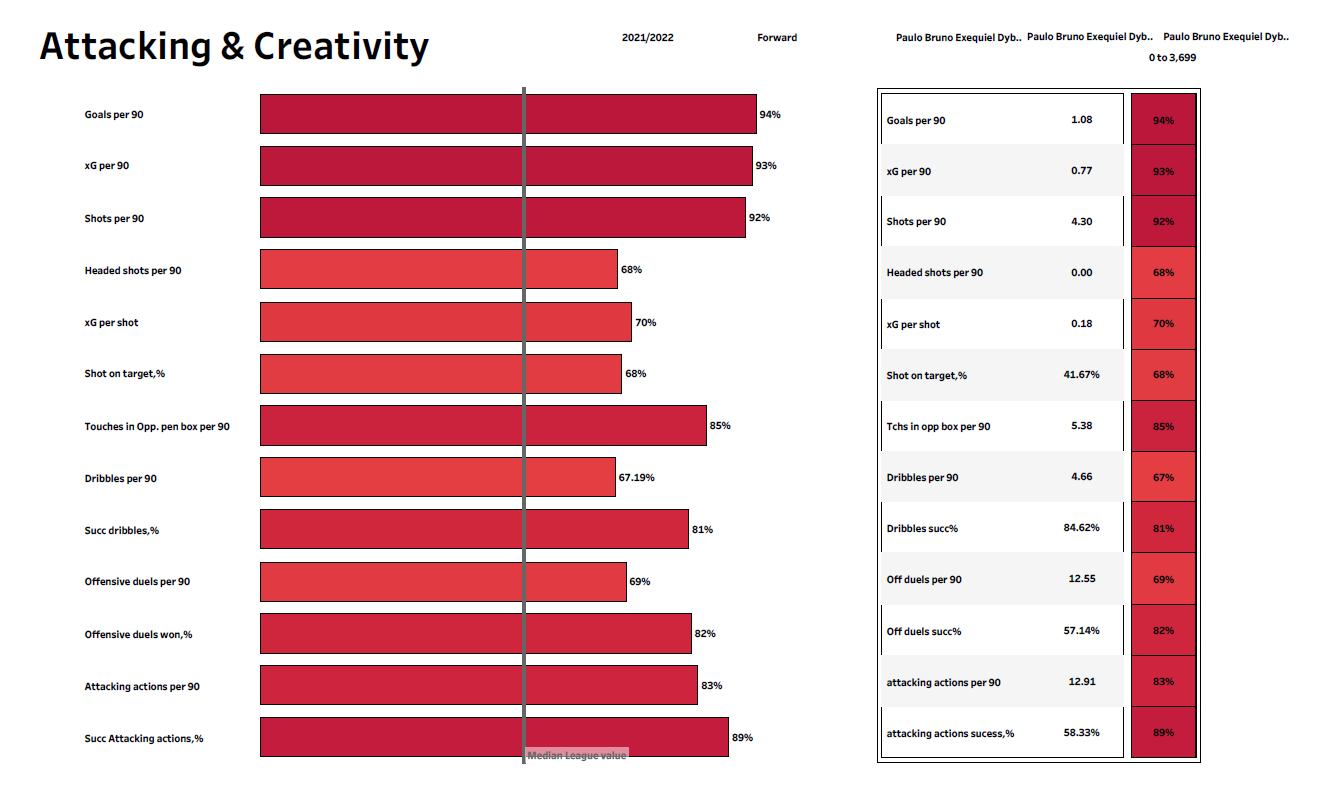 Dybala has made 16 appearances in Serie A, scoring seven goals and registering three assists. In the Champions League group stages, Dybala featured in four matches, scoring three goals. In the above viz., we can see Dybala’s attacking & creativity stats. The majority of his stats surpass the league median value with the most notable stats being xG per 90, shots per 90, and successful attacking actions per 90. One of Dybala’s most impressive attributes is his control of the ball and his quick movements to shake off defenders. He is an intelligent player whose vision and creativity allow him to accurately judge the timing to release the ball and pass it to his teammates.

Dybala’s ‘pass receive’ location displays the areas of the pitch where he drops to receive his passes. We can see that he has often drifted to his half to receive passes. Dybala can create effectively through the centre of the pitch or slightly towards the right. His diagonal dribbles occupy the opponent defenders as he drifts through the spaces inside opposing left-backs. The Argentine is adept at chance creation and getting his teammates involved in behind defenses or playing lateral passes to the forward alongside him.

His heat map indicates the areas of the pitch where he is most active. The red zones highlight that he is most active in the half-spaces near the right-wing. Dybala’s work rate is impressive with or without the ball. He is a constant threat for the opposition defenders and can shoot effectively from inside the box or outside of it. An area of concern for Atletico in deciding to sign the Argentine international would be his injury record as he has been injury-ridden for multiple spells in the past couple of seasons. 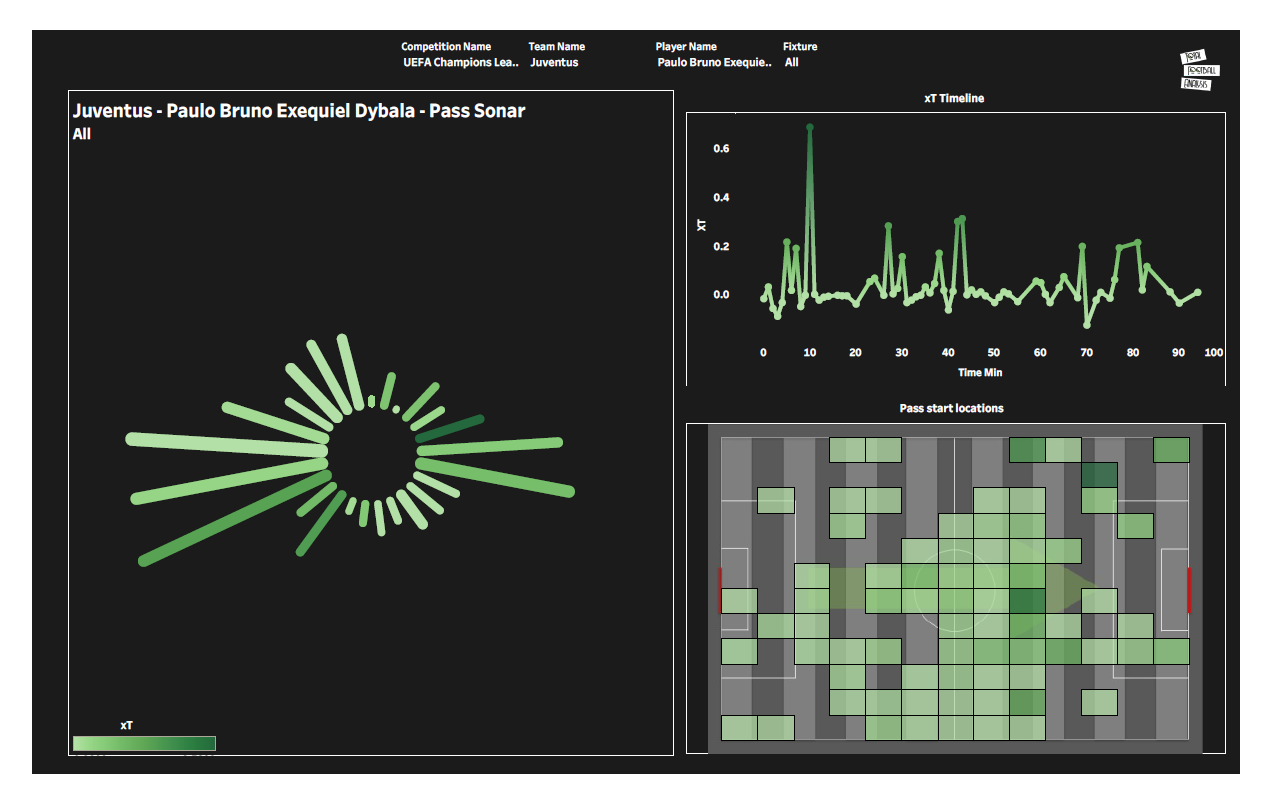 Pass Sonar outlines the direction of pass that a player or a team tends to make and indicates a player’s influence on the movement of the ball. In addition, it shows the frequency distribution of different passing angles for an individual player, as well as the typical length of pass attempts. In the above viz., we can gauge Dybala’s impressive range and the directionality of passes.

Looking at his current stats, Dybala could provide Simeone with the attacking edge that he seeks if a deal does go through. However, Dybala is no longer an up-and-coming young prospect as he was when he joined Juventus, and his injury record can be a cause for concern. Nevertheless, a free transfer for a player of Dybala’s caliber would surely be appealing for Simeone.