Atletico Madrid meekly surrendered their league crown in 2021-22, finishing third. At one point, they looked in danger of missing out on Champions League qualification altogether. The primary reason why Los Colchoneros performed poorly was their leakier than usual defence letting in 43 goals in 38 games. While some of these have been due to goalkeeper Jan Oblak’s underperformance, there would be no harm in upgrading the defence at the Wanda Metropolitano. One name that Atletico Madrid would do well with is Wolverhampton Wanderers defender, Max Kilman. Here, we will explore if Kilman would be a good fit for Diego Simeone’s side. 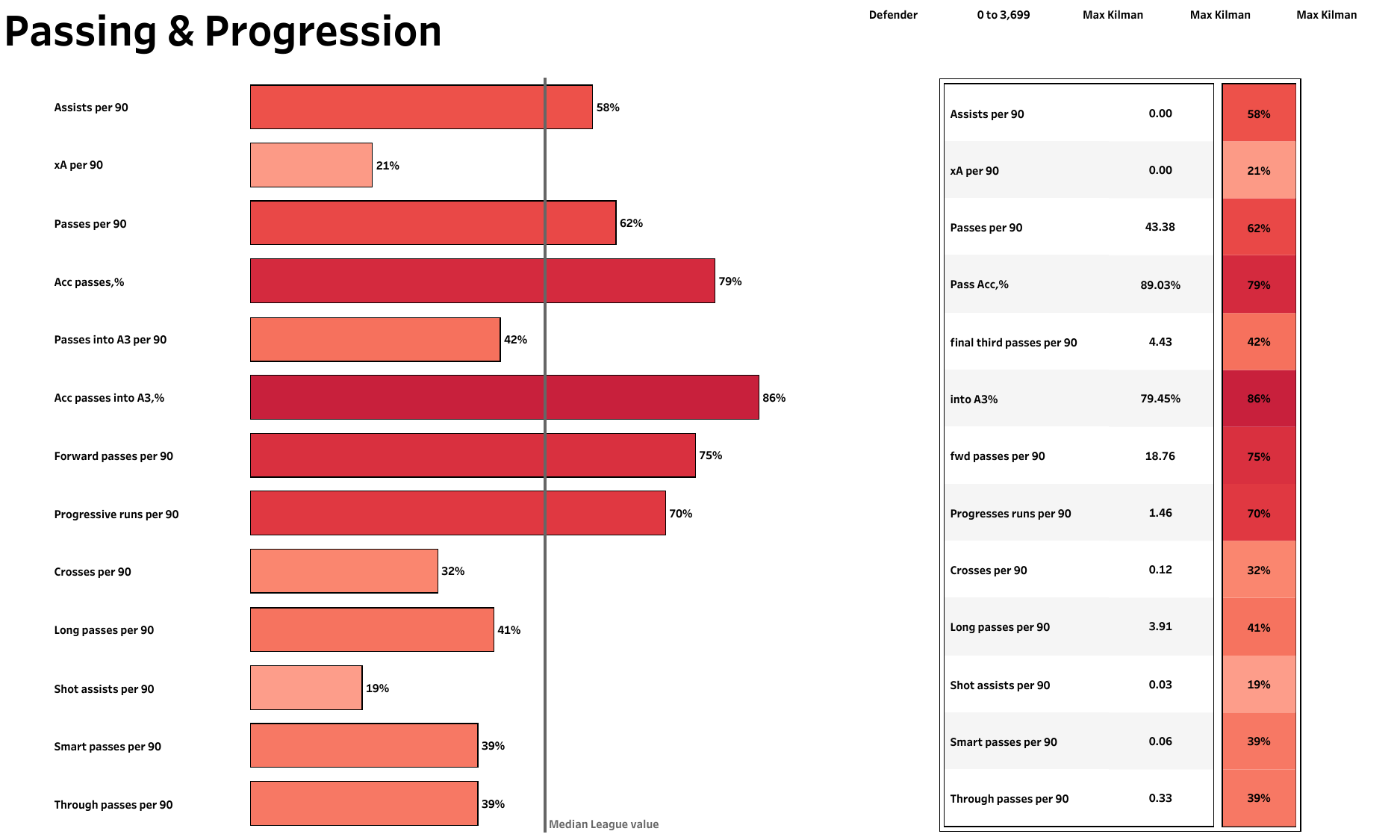 Kilman made 30 appearances for Wolves in the 2021-22 Premier League season, playing for 2,687 minutes. Wolves had the fifth-best defensive record in the league, ahead of the likes of Arsenal and Manchester United. Kilman attempted 43 passes per 90 at an accuracy of 89.03%. The Englishman also had a pass accuracy of 79.45% when he attempted balls into the attacking third, ranking him in the top quintile for defenders. Kilman attempted just under 19 forward passes per 90, putting him in the upper quartile. 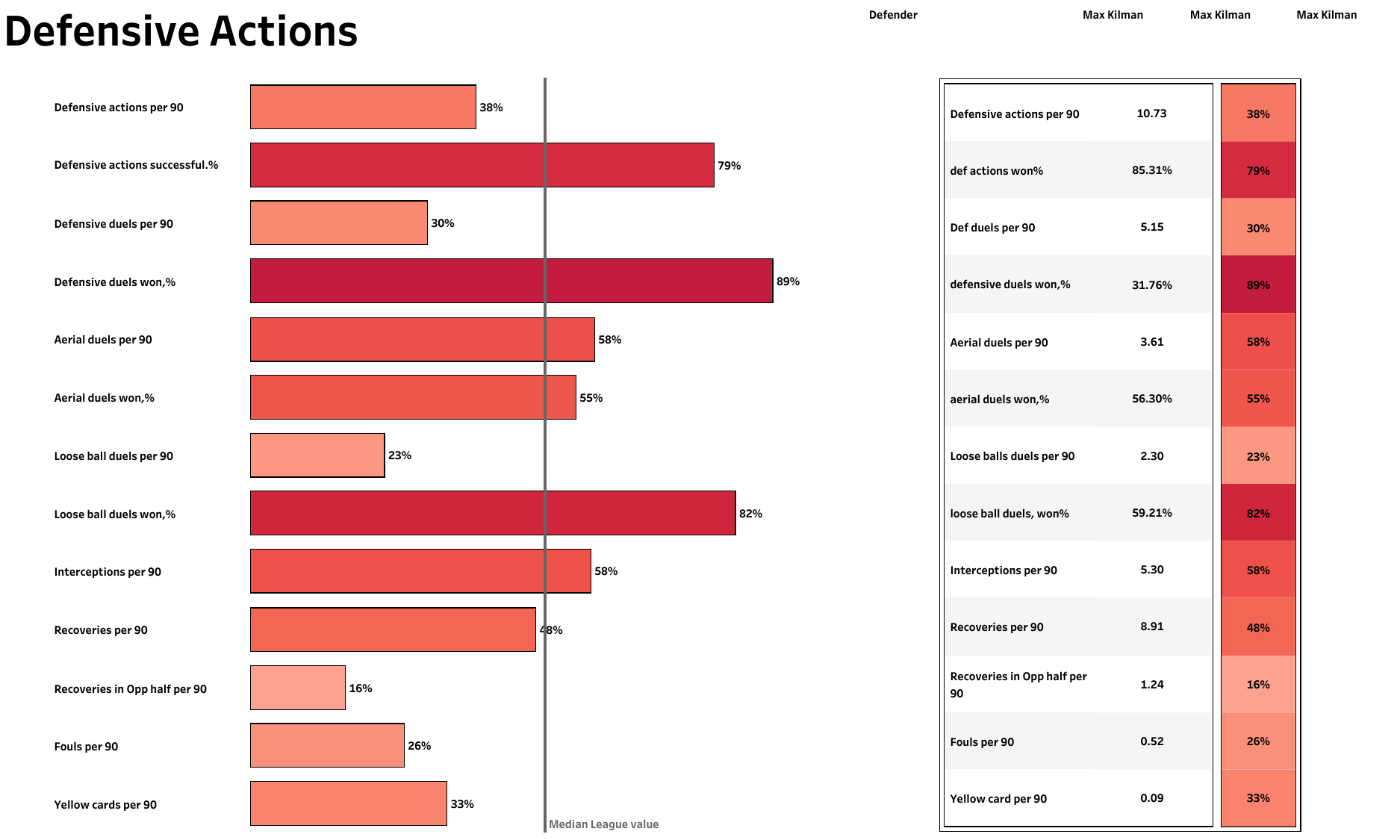 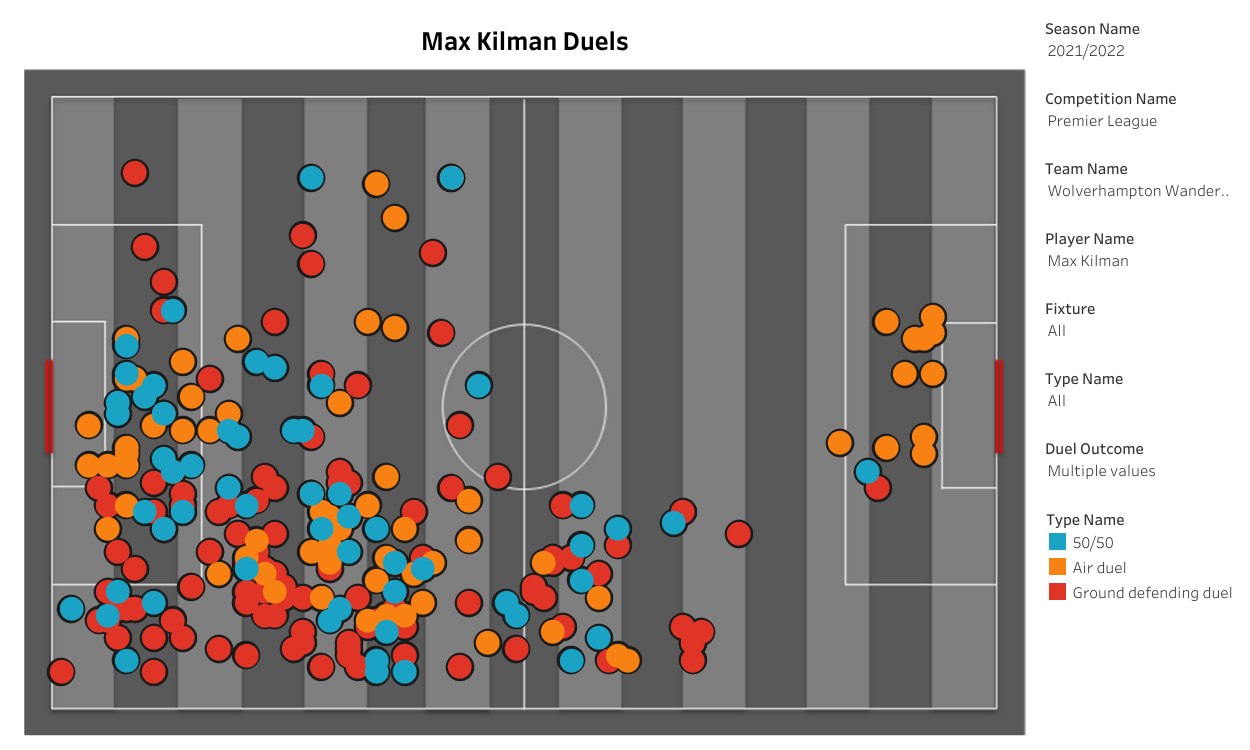 Given in the above visual are the locations of duels won by Kilman in the 2021-22 Premier League season. Even though Kilman won a variety of duels, the two types that stood out are aerial duels and ground duels. He won much fewer 50/50s than the other duels. Most of the duels the Englishman won, came in his third and in midfield. He also won a few aerial duels in the opposition’s penalty area, mostly from balls whipped in from set-pieces.

Max Kilman played an important role for the Wolves team that conceded only 43 times this season. It may be the same number of goals conceded as Atletico Madrid in the 2021-22 LaLiga, but when looking at xG, the Madrid based team underachieved, whereas Wolves overachieved at the back. Despite the performances, Simeone is unlikely to bid for the Wolves star this summer.