Atletico Madrid are about to solve their right-back problems which have plagued them since the departure of Kieran Trippier to Newcastle United and, more recently, Šime Vrsaljko to Olympiacos. As per reports, Los Rojiblancos are set to bring in Nahuel Molina from Serie A team, Udinese. However, even with Molina’s signing almost complete, they will need a backup for the 16-capped Argentina international. One name who could be a left field option for Diego Simeone at the Civitas Metropolitano is Norwich City’s Max Aarons. 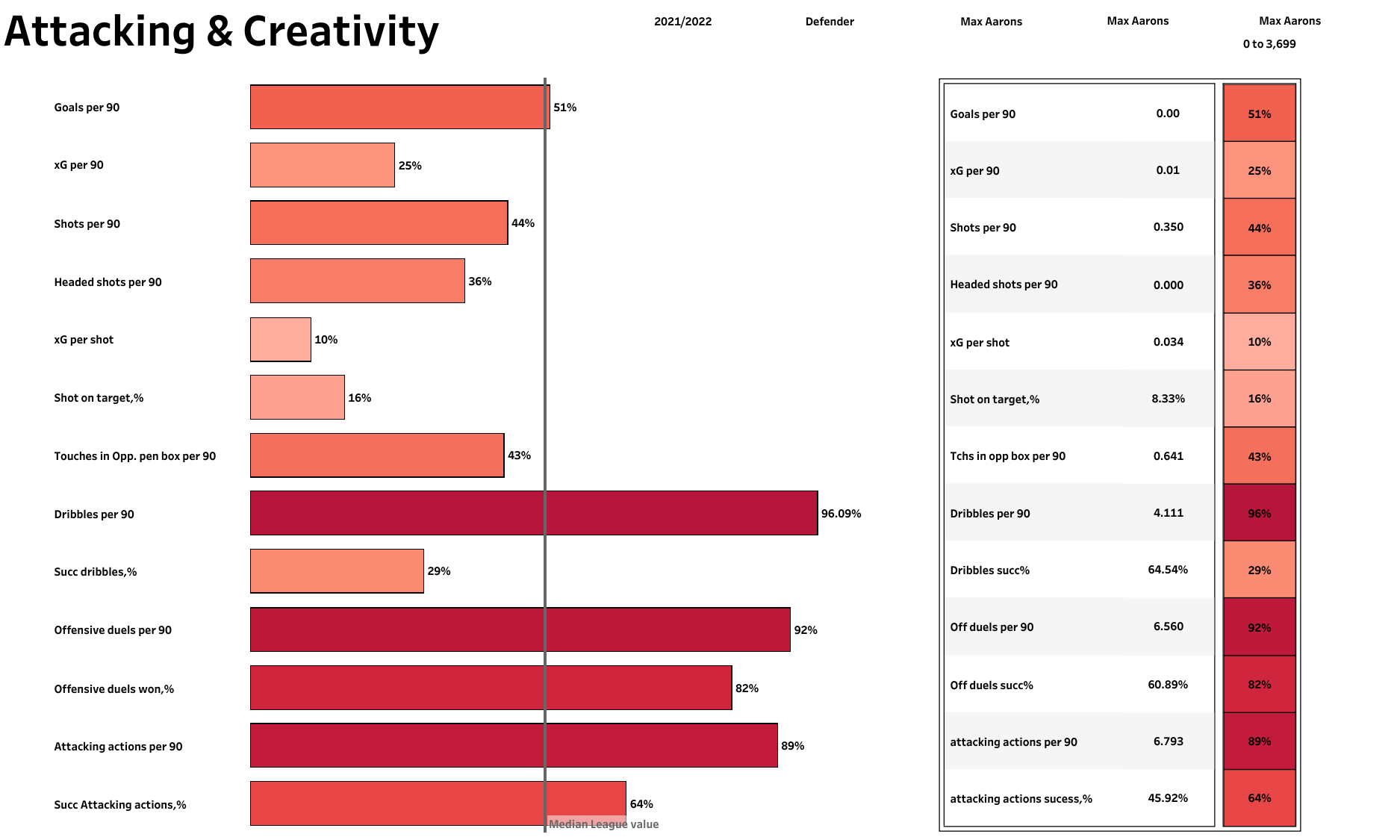 Aarons played 34 matches in the Premier League last season for Norwich City as the team finished bottom of the table and got relegated. He was on the pitch for 2,882 minutes where he failed to score a single goal. With only 0.35 shots per 90, he was placed in the bottom half among defenders in this category. His shot accuracy was a woefully low 8.33%. He never made himself available in the attacking penalty area, taking just 0.64 touches per 90. But the Englishman made 4.11 attempted take-ons per 90, placing him in the top 4%. He also contested 6.56 offensive duels per 90 and 6.79 attacking actions per 90. 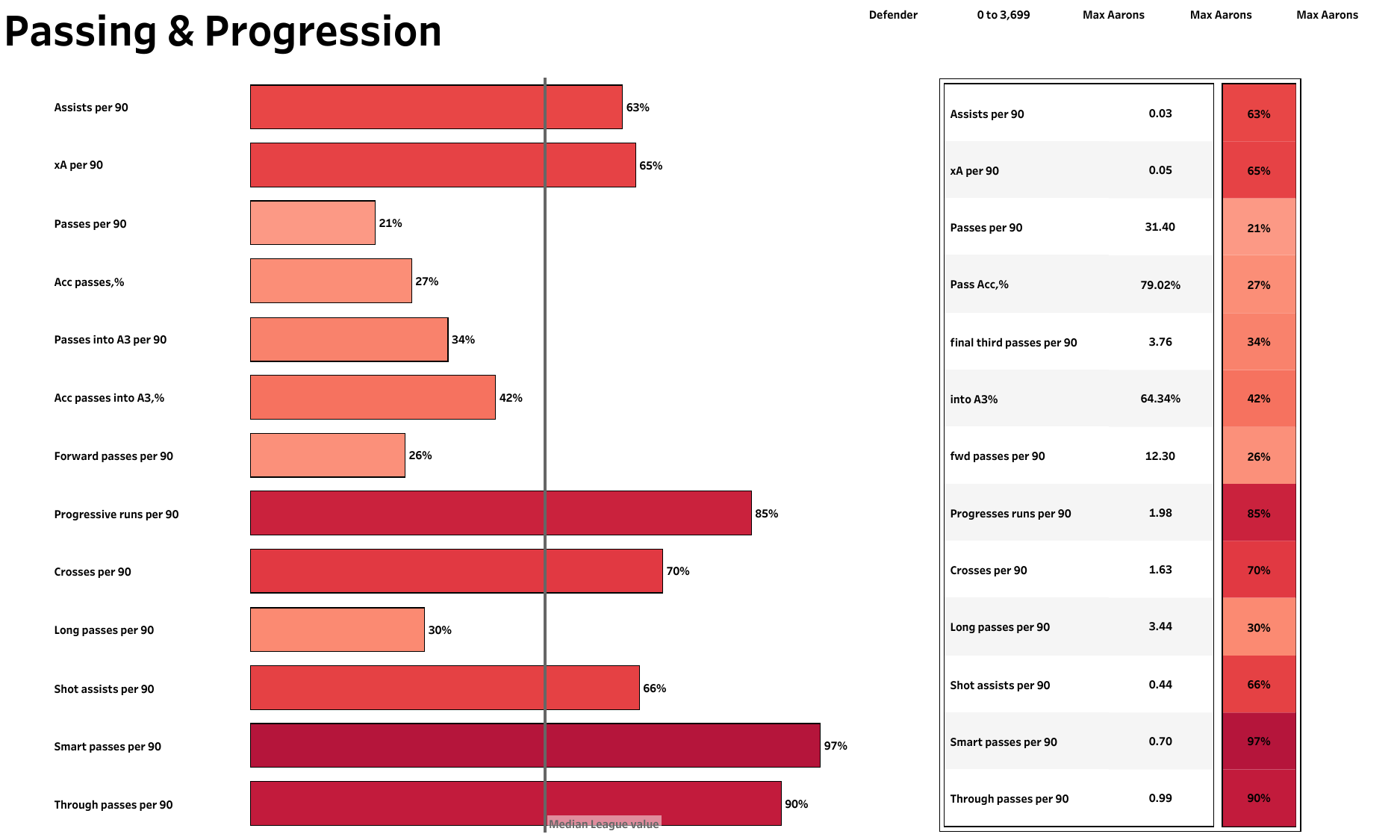 Aarons provided only two assists all season long to a team that scored only 23 goals. He was not much of a participant in the build-up play when compared to other defenders. He averaged only 24.8 completed passes per 90. Similarly, his progression of the ball into the final third was also below average for number of attempts as well as accuracy. But the Englishman made 0.7 smart passes per 90, putting him in the 97th percentile among defenders. He also made just under one through ball per 90 and 1.98 progressive runs per 90, cracking the top 10% and top 15%, respectively. 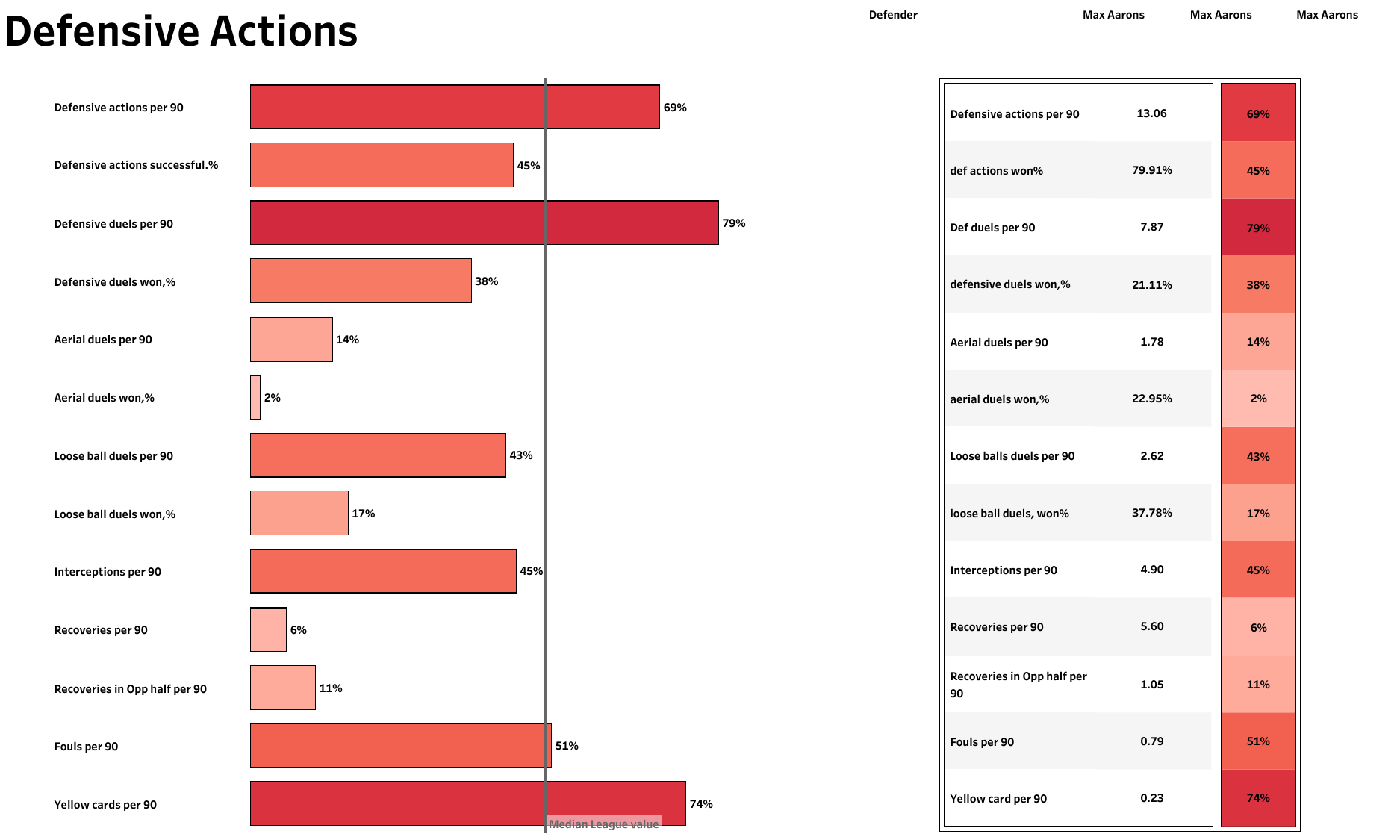 Aarons attempted over 13 defensive duels per 90 and just under eight defensive duels per 90. In both categories, his success rate was below average for a defender’s standards. He made an atrociously low 5.6 recoveries per 90, which put him in the bottom 6%. With eight yellow cards in the season, he was booked once every four games or so. He was also below average for loose ball duels attempted & won and for interceptions per 90. 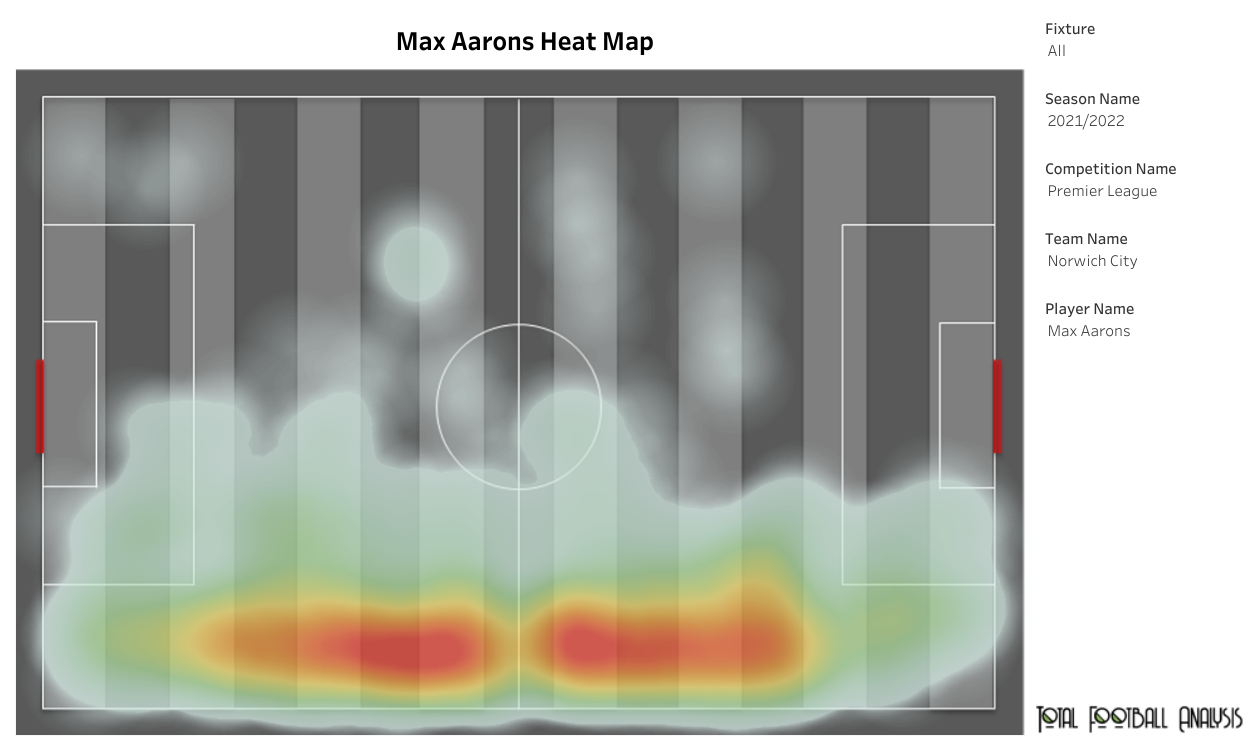 Despite playing more than 70 Premier League games for Norwich City alone, Max Aarons has failed to find the back of the net and only has four assists to his name. As this is a left-field option and only for a backup role, Atletico Madrid do not really need the 22-year-old and according to reports, he is set to sign for Everton.