It has been reported by multiple outlets that Atletico are interested in signing Matty Cash from Aston Villa. Cash has been the subject of interest from multiple clubs after strong performances in the Premier League this season. The Rojiblanco’s are reportedly ready to make a move for Cash in the summer and have identified him as a long-term replacement for Kieran Trippier, who departed earlier this month.

Cash joined Aston Villa in the summer of 2020 from Nottingham Forest. He came through the youth ranks of Forest, making his debut for the first team in 2016. The 24-year-old right-back made 141 appearances for Forest, scoring 13 goals and registering 15 assists. Since joining Villa, Cash has cemented his spot in Villa’s starting XI, making 28 appearances in the league in his first season. He has made 21 appearances this season as well. He has put on robust displays on the right wing and is said to be in Villa’s long-term plans.

The 24-year-old can be deployed either as a right-back or as a wing-back. Cash has demonstrated his attacking threat and possesses the pace to make up and down the pitch depending upon the transitions. Cash has a contract with Aston Villa till 2025, and they would not be willing to let go of the right-back easily.

Let’s take a look at his stats in order to gauge whether he can be long-term successor to Trippier at the Wanda Metropolitano Stadium. 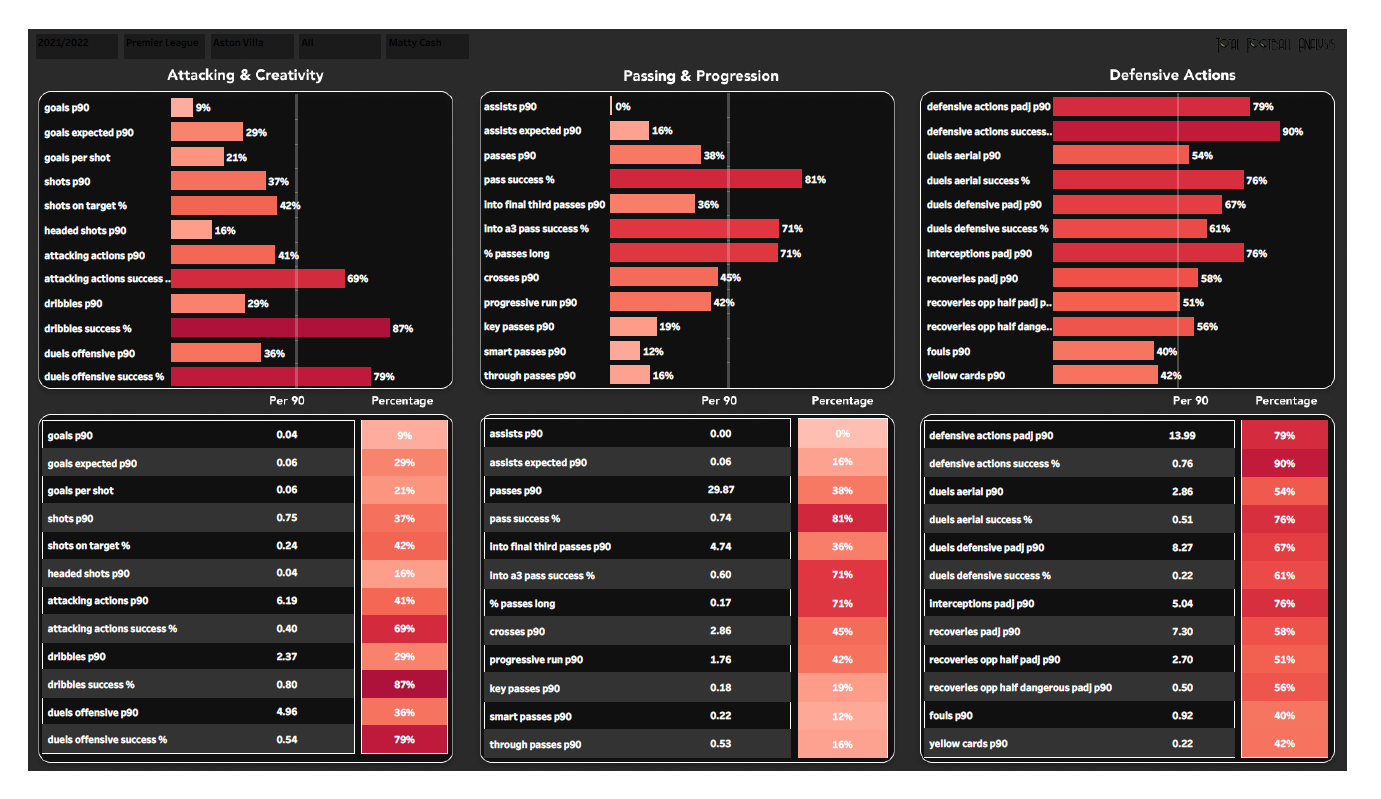 The above viz. provides an overview of Cash’s attacking & creativity, passing & progression, and defensive stats. The 24-year-old is defensively robust, as indicated by his defensive stats. His most notable defensive stats are successful defensive actions, aerial duel success rate, and average interceptions per match. In addition, Cash has made more than seven recoveries per match while engaging in upward of 13 defensive actions as well. The right-back combines his impressive defensive attributes with excellent dribbling and crossing. We can see his high dribbling success rate in the above viz. Cash has also impressed with his passing, as indicated by his pass success rate of 81%. 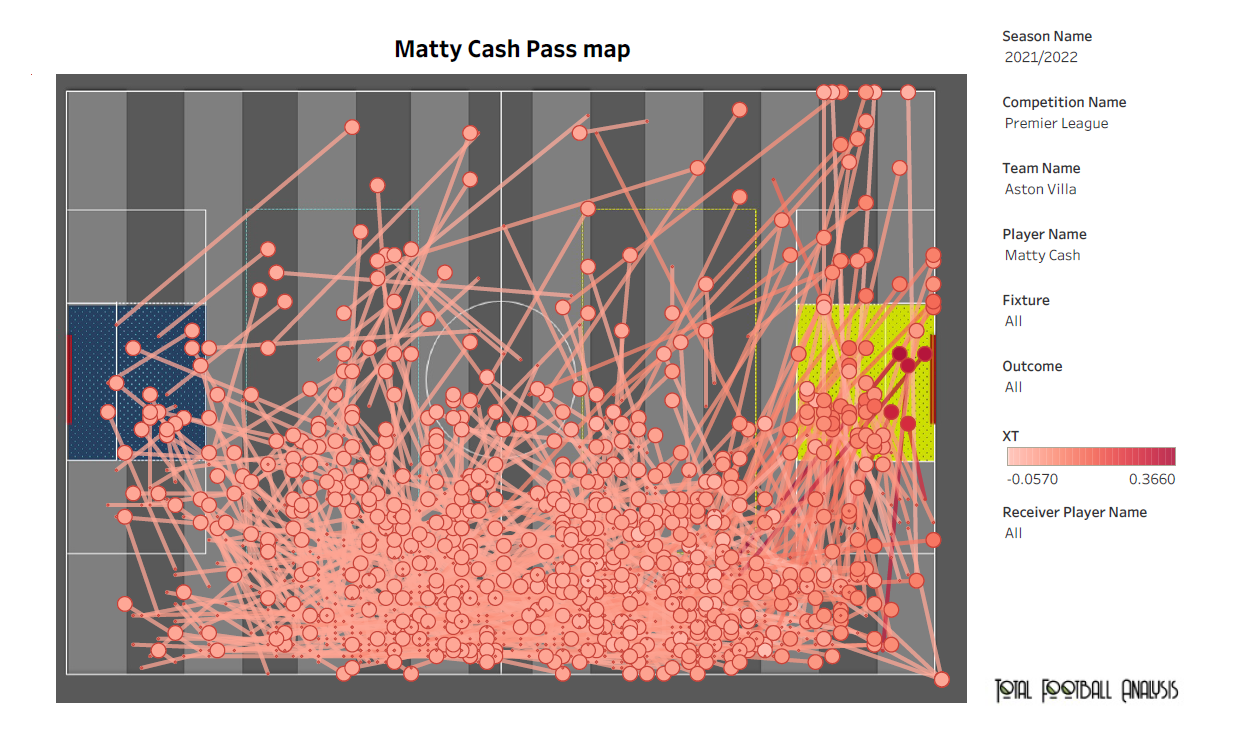 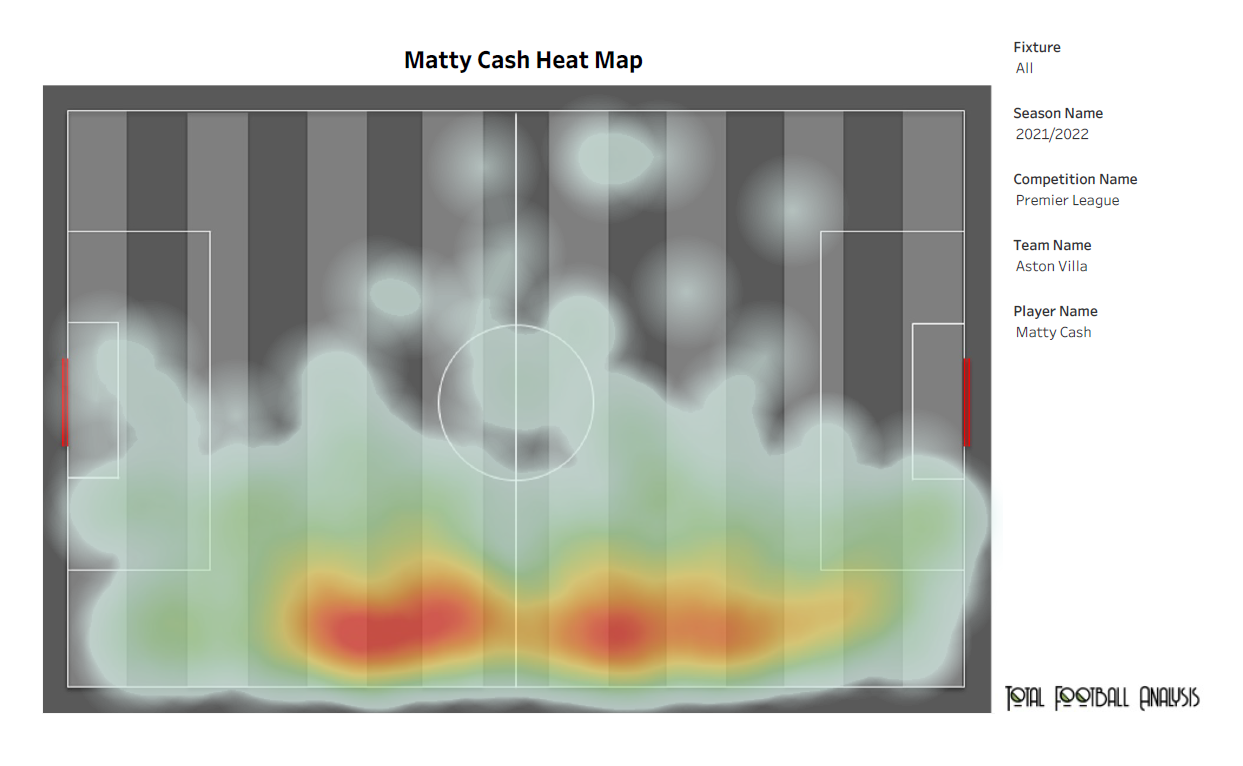 The above viz. highlights the areas of the pitch where Cash is most active. We can see his intense movement on the right wing. The red zones in both defensive and opponent’s half further indicate his work rate in those areas. Cash utilizes his energy and aggression effectively and has established himself as an all-round full-back who provides defensive solidity in addition to attacking threats. Since his appointment, Gerrard has used a 4-3-3 formation, and Cash has been a regular feature as the right-back. 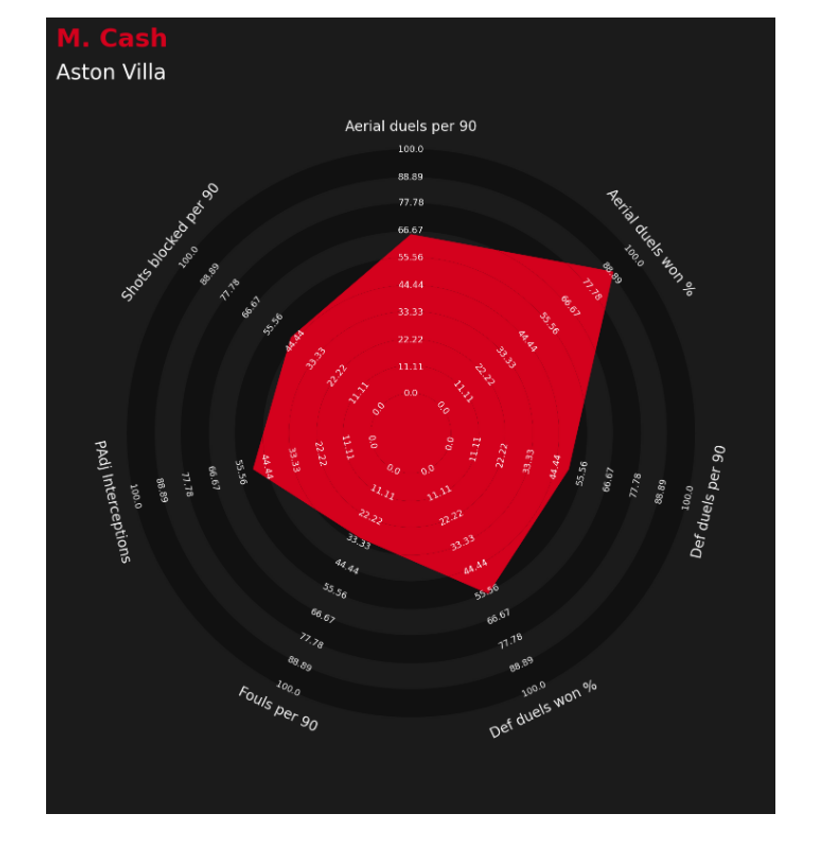 Cash’s versatility and robustness will make him an impressive acquisition for Simeone if a deal goes through in the summer. He could feature as a right-back in the 4-4-2 system or as a wing-back in the back-three system. Regardless of his position, Cash would be a suitable replacement for Kieran Trippier at the Wanda Metropolitano Stadium.