Having come into the 2021-22 Spanish LaLiga as the defending champions, Atletico Madrid have massively disappointed this campaign, particularly in defence, which is just very unusual for a Diego Simeone team. While the majority of the blame should go to the goalkeeper Jan Oblak, who has underperformed massively on his post-shot xG, the defence of Atletico Madrid needs refreshment and/or an upgrade, with Felipe being 33 and Vrsaljko being 30. So, Los Colchoneros need a younger centre-back, and it might be in the form of Crystal Palace’s Marc Guéhi. In this article, we will explore why the Englishman might be the long-term solution at the back for Atlético. 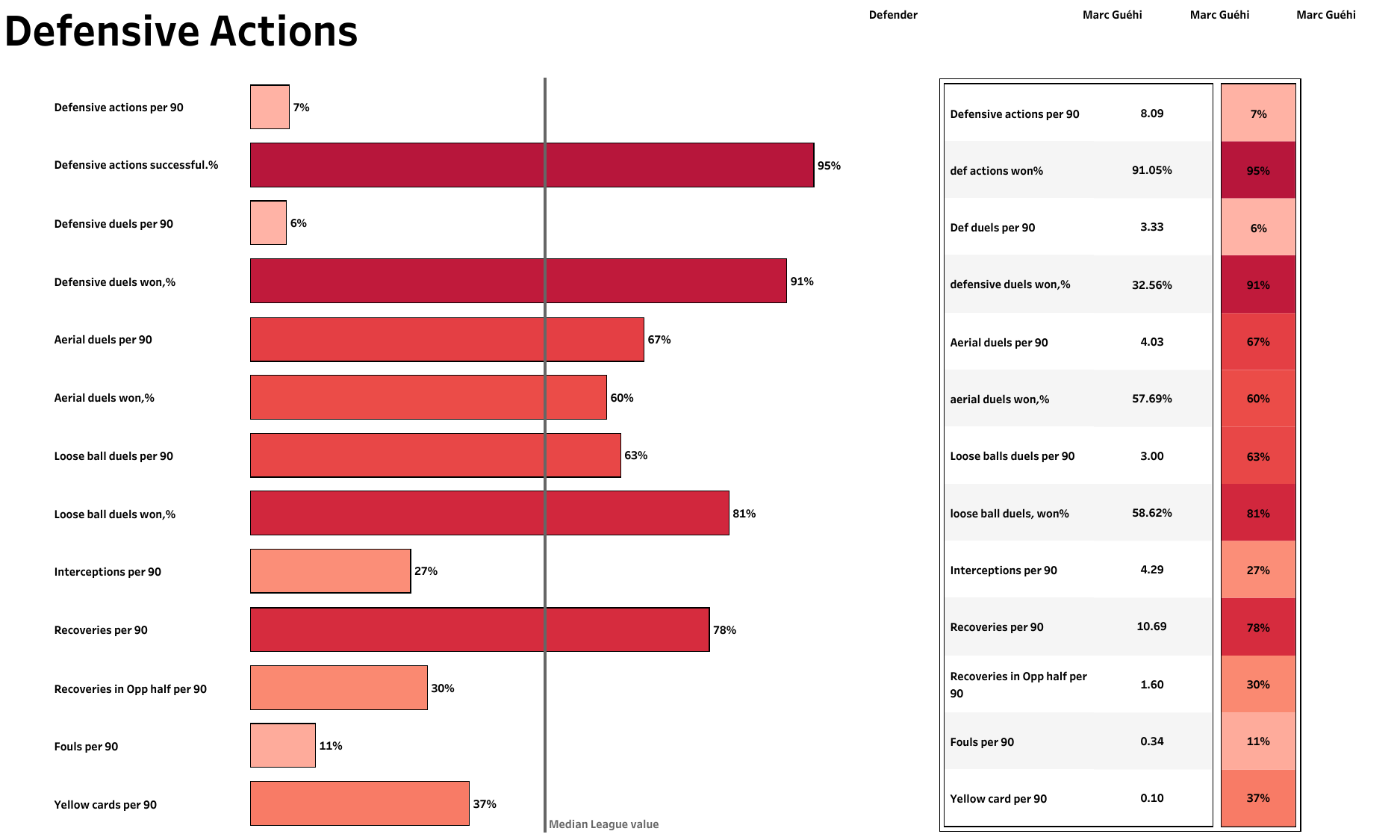 Guéhi has had a breakthrough campaign for Crystal Palace in the Premier League this season. Prior to this season, he featured for Swansea City and had no top-flight experience. It is clear that from the above image, Guéhi is very efficient whenever he is performing a defensive action, but the frequency at which he is attempting them is too low. The Abidjan born centre-back is attempting just over eight defensive actions per game, which is in the bottom 7%. Similarly, Guéhi is attempting just over three defensive duels per game, which ranks him in the bottom 6%. But Guéhi has won 91.05% of his defensive actions for Crystal Palace this season. He is also successfully recovering nearly six out of 10 loose balls. 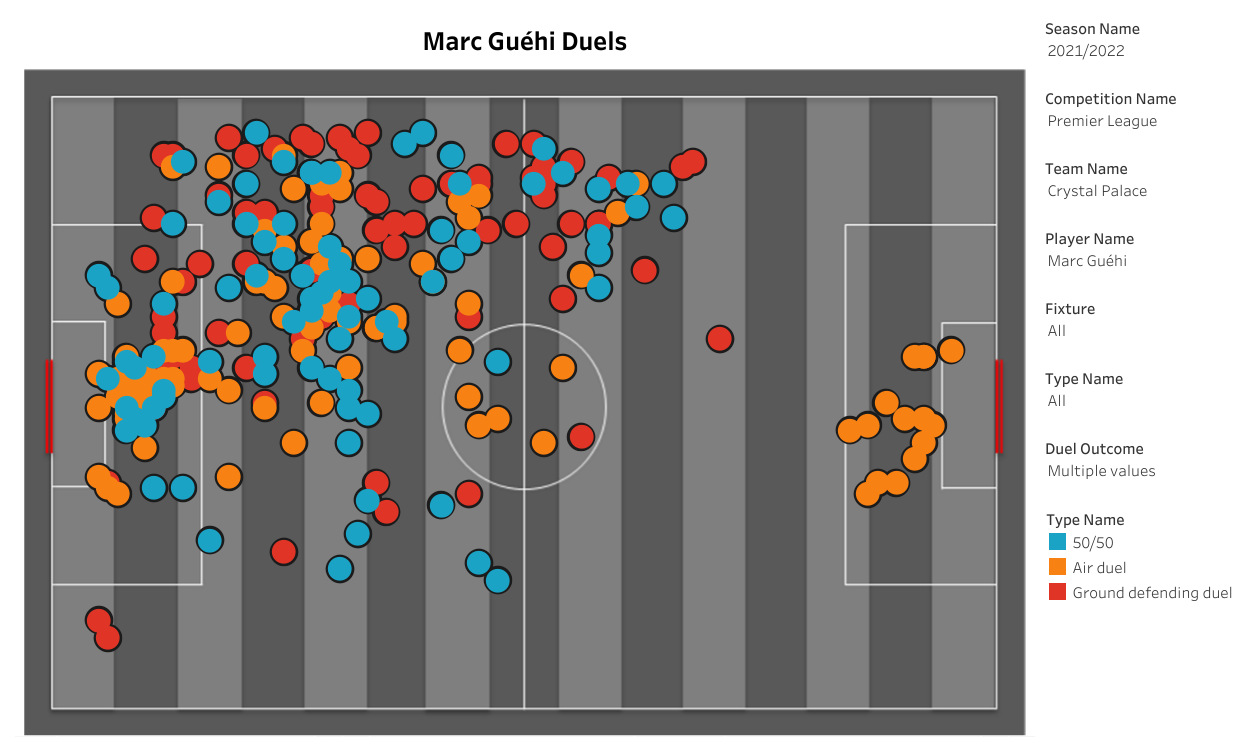 Given above are the duels locations of Guéhi this season. He has won most of his duels in the defensive third while also winning a chunk of them in the midfield. Being 182 cm tall, Guéhi is below average in height for a centre-back but has managed to win more than half of his aerial duels, including some in the opposition’s penalty box, especially during set-pieces. Most of the duels contested by Guéhi have been ground duels.

The above viz shows the pass sonar, xT map and timeline of Guéhi for Crystal Palace in the Premier League this season. Despite being a defensive-minded player, Guéhi sometimes creates threats with the ball as he has completed 121 passes into the final third (3.36 per game).

Marc Guéhi might have performed beyond expectations at Crystal Palace this season but since it is his first top-flight campaign in his career, he should stay at Selhurst Park for at least one more season for his development. If Atlético are to strengthen their defence, they can bring in the 21-year-old Englishman for the next summer, but not in this one.