Last season in LaLiga, Atletico Madrid had a disappointing title defence as they finished in third place and a whopping 15 points off the title winners and city rivals, Real Madrid. At one point, it looked like they may even miss the top four spot and fail to qualify for the UCL. To improve their chances of finishing higher and being closer to the top, Los Rojiblancos have signed Axel Witsel and Nahuel Molina from Borussia Dortmund and Udinese, respectively. However, the club captain, Koke, will also need to lead his team from the front if they are to put up a better effort this season. 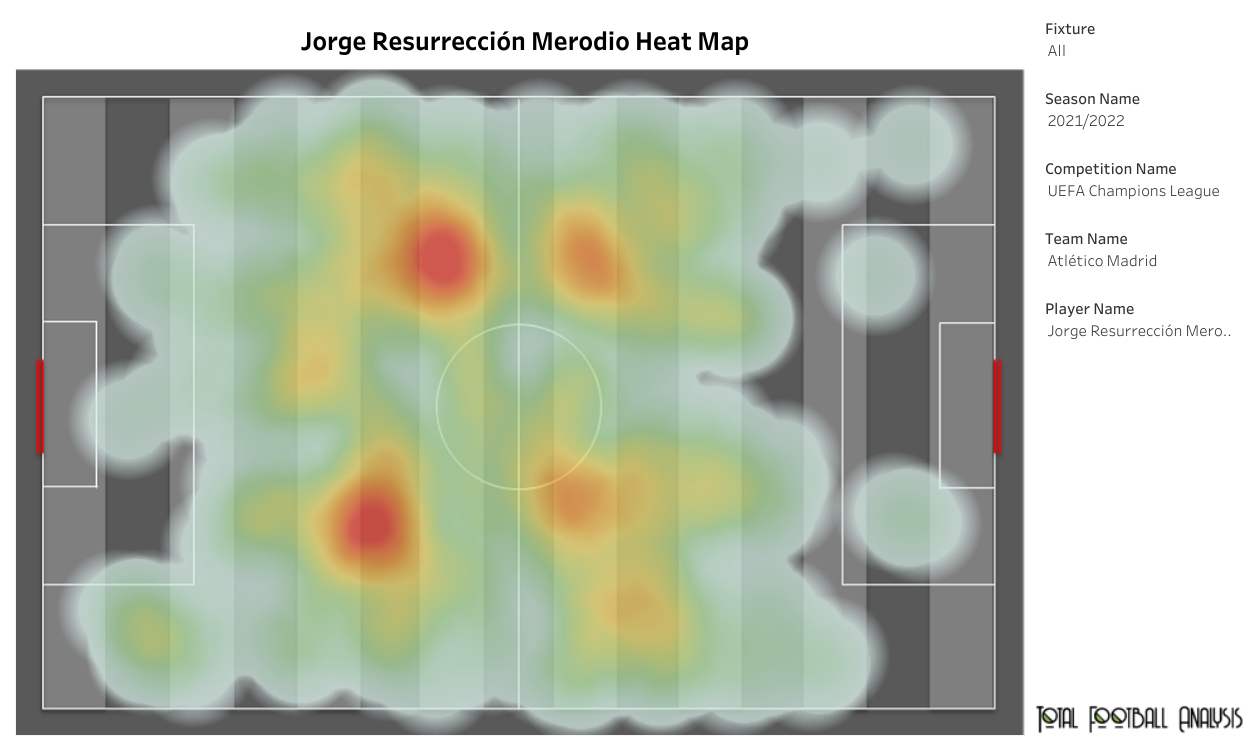 Koke made 43 appearances across all competitions last season for Atletico Madrid. It included nine in the UEFA Champions League as the team reached the quarter-finals. He played for 665 minutes where he provided only one assist and failed to score a goal. He was often deployed as either a right-sided or a left-sided midfielder in a 4-4-2 used by Diego Simeone. He would often shuttle to cover lateral areas of the field, especially when the full-backs made advancing runs from deep i.e., provide cover for the right or left-backs. 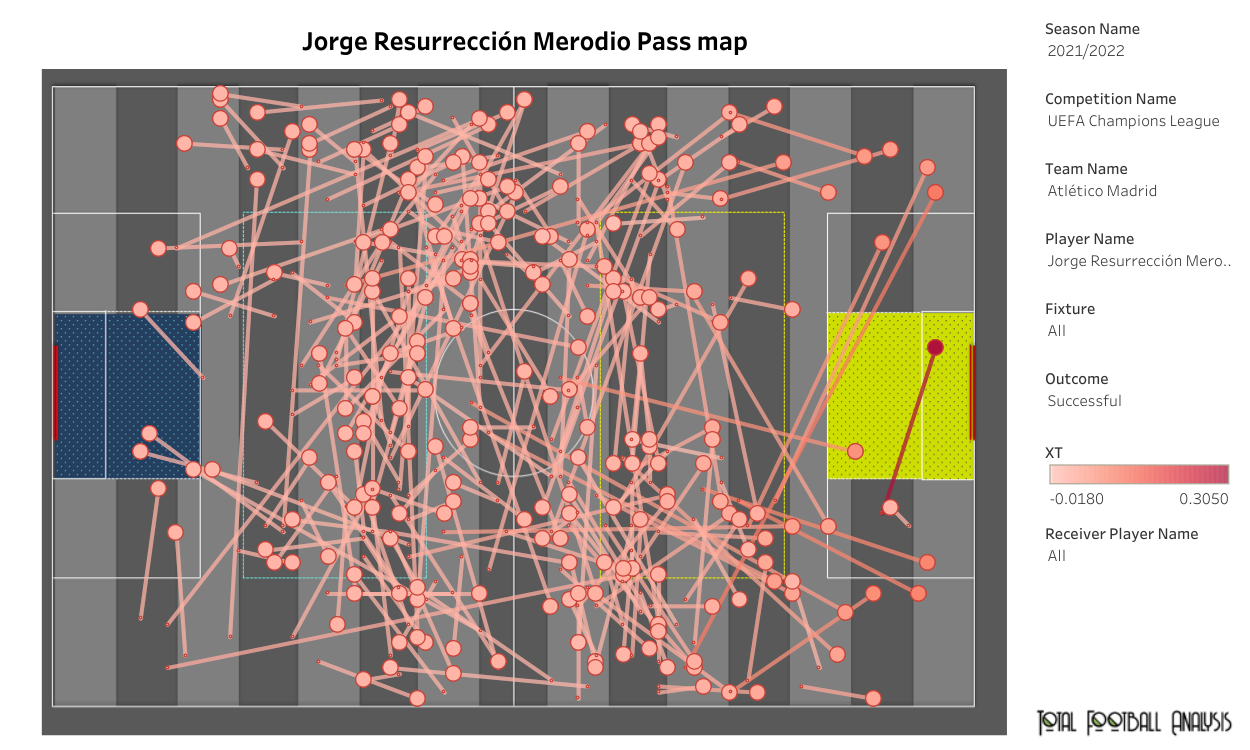 Koke was a fairly dependable passer of the ball for Diego Simeone’s side. He completed more than 250 passes out of the ~300 he attempted. Most of these passes were short passes i.e., between five and 15 yards. With 1,442 yards, the Spaniard ranked third in the squad for progressive passing distance (only behind goalkeeper Jan Oblak and Rodrigo de Paul). He also ranked second in the Los Colchoneros squad for progressive passes and balls into the final third, with 22 and 24, respectively. Capable of playing as a wide midfielder and a central midfielder, he should be the main man in midfield this season. 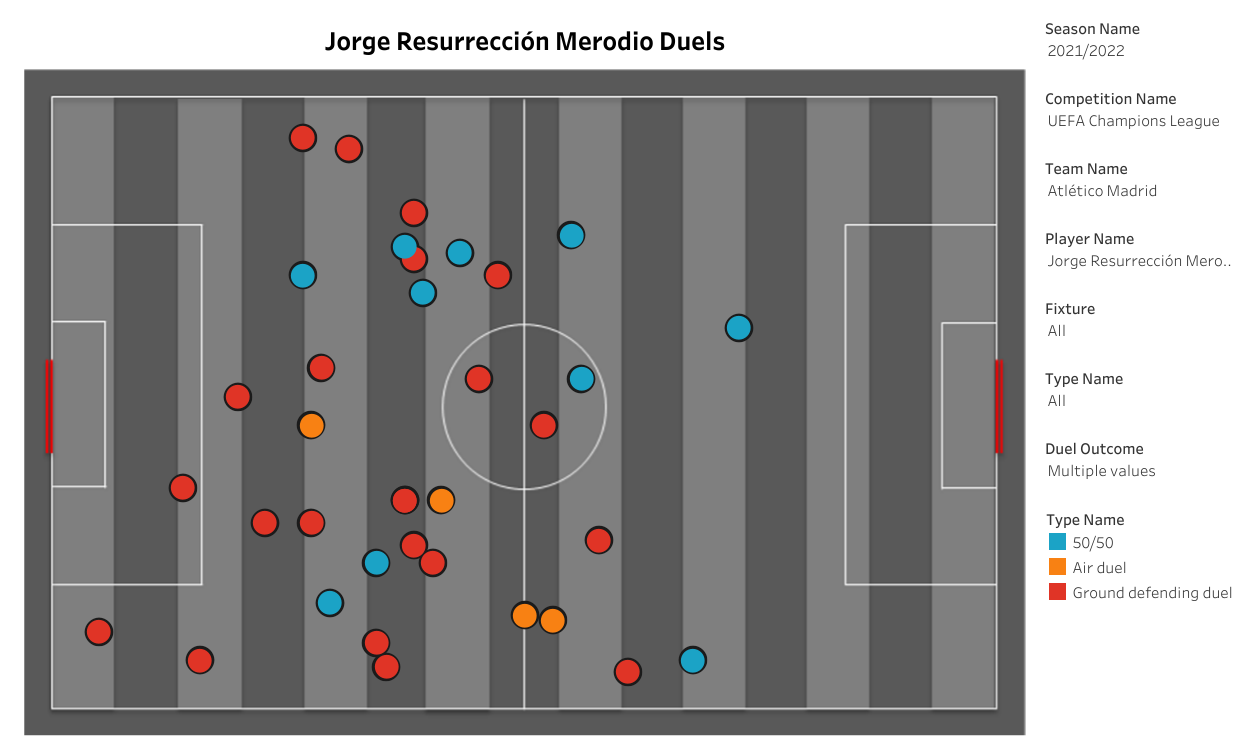 Koke won a few duels during his time on the pitch. Most of these were in the form of ground/based duels, followed by 50/50s and aerial duels, the latter two being far less frequent. The 30-year-old Spaniard attempted the second-most pressures in the squad (139) – only De Paul attempted more. He came out successful in 38 of these (third in the squad). He completed 19 tackles & interceptions, six clearances and five blocks.

Atletico Madrid will hope for better things in LaLiga this season as they look to close the gap between themselves and their neighbours, Real Madrid. However, Barcelona have strengthened significantly this summer and are the favourites to win the league title. Still, Los Colchoneros should embrace their underdog status and hope to reduce the distance from the El Clasico teams.