Atletico Madrid are seeing an impressive run of form currently. They are unbeaten in the previous seven matches in all competitions, moving level on points with Barcelona at the fourth spot in La Liga. The Rojiblancos have also progressed to the quarter-finals of the Champions League, knocking Manchester United out of the tournament. The run of form is huge for Atletico, given how trying their season has been. Despite claiming the LaLiga title, they had failed to impress and found themselves battling for a place in the top four rather than the title.

Koke’s form this season has mirrored his team. Atletico’s captain has been criticized this season as he struggled to put up performances due to injuries or a poor run of form. Although he had struggled during the season just like his team, Koke is seeing a recent resurgence. While his role has been unclear in the midfield, Simeone has continued to put faith in the midfielder. The Argentine manager was rewarded, as Koke was one of Atletico’s best performers in the Champions League Round-of-16 win at Old Trafford.

In the post-match interview after the win against Manchester United, Koke stated that getting to the quarter-finals was important in an irregular season for Atletico. The 30-year-old also commented that his side deserved the victory. His impressive form continued in the Colchonero’s recent 1-0 win against Rayo Vallecano. Koke’s curled effort sealed the three points for Atletico, and he was impressive with his link-up play as well.

Let’s take a look at some stats to gauge Koke’s recent revival in form. 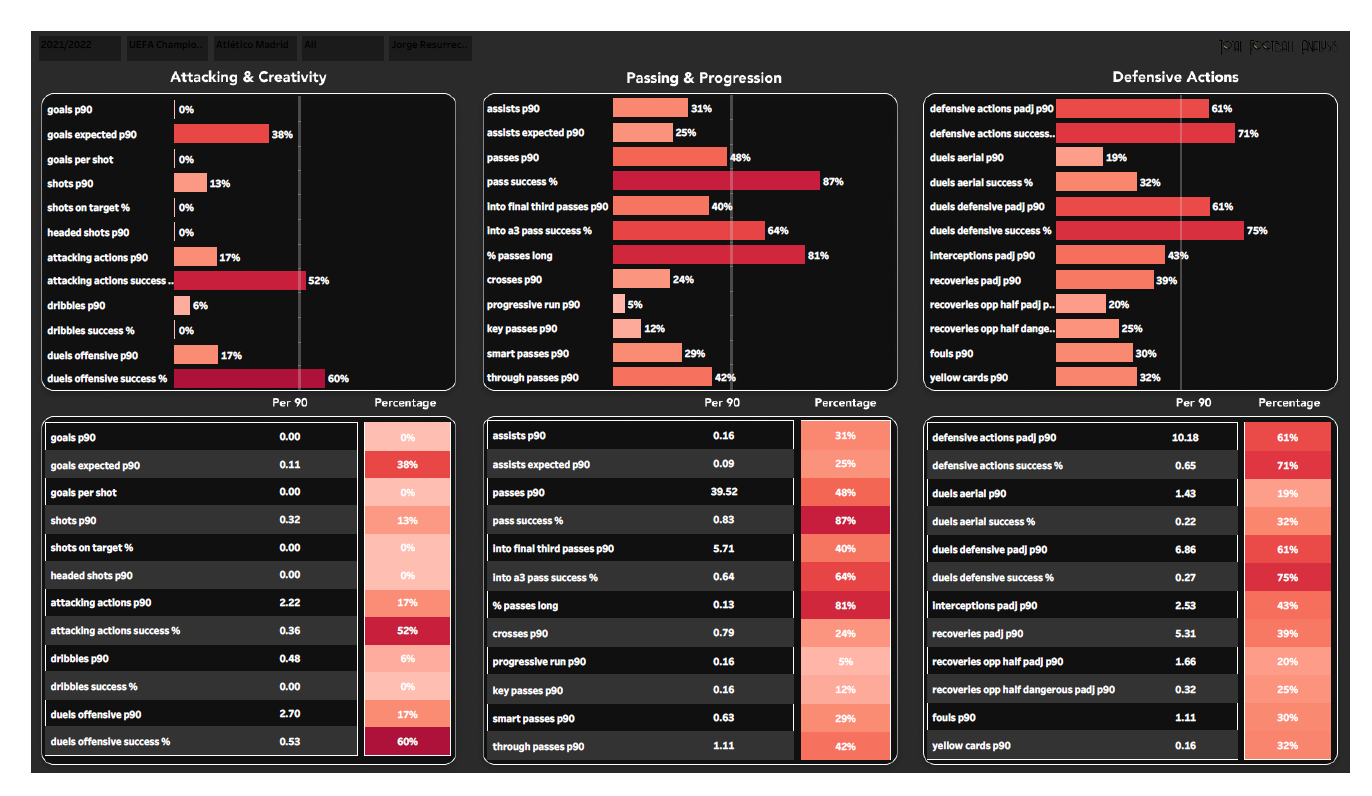 In the above viz, we can see Koke’s overall stats in the Champions League. His most notable stats are pass success rate, defensive actions success rate, and defensive duels success rate. While the 30-year-old’s overall stats are not that impressive, Koke has been influential in his recent matches. He was a tremendous presence in the midfield against United, making the highest number of recoveries (four), and he had the second-highest number of actions on the ball (33). He also had the highest passing accuracy in the team of 84%. 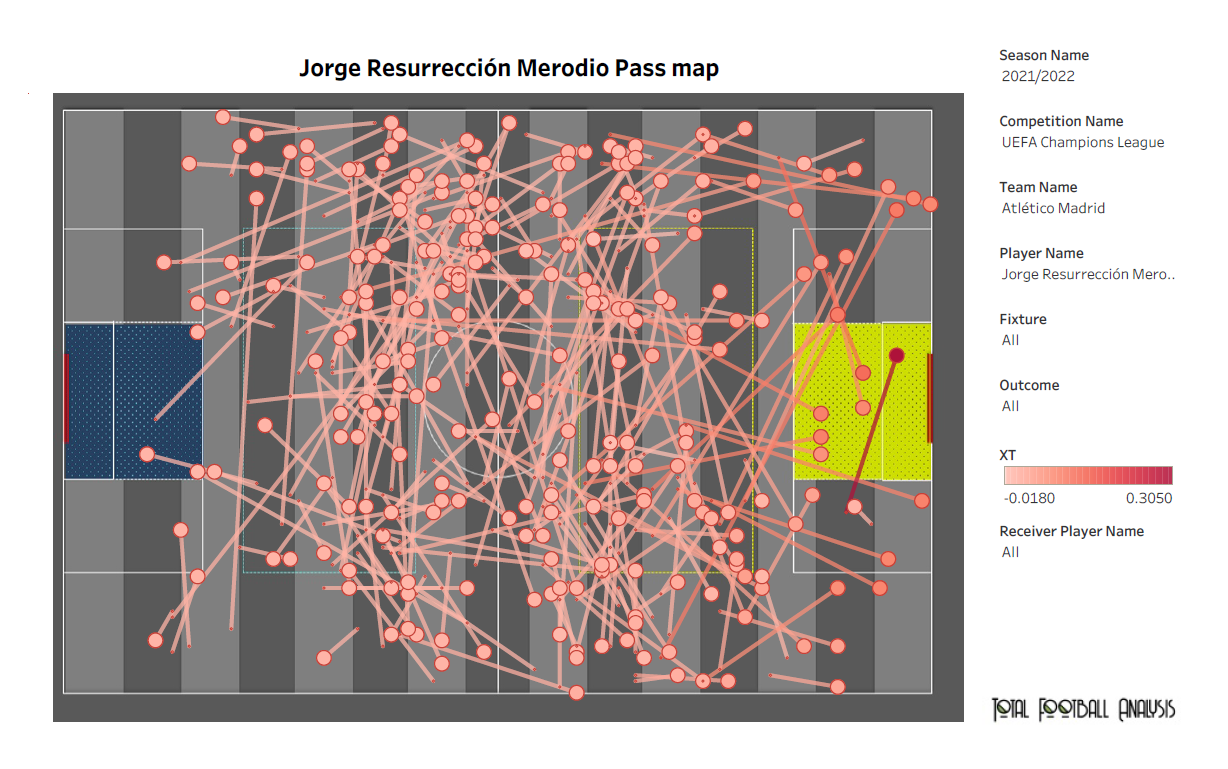 The above viz displays the areas of the pitch where Koke has delivered his passes. Koke is known for his impressive passing ability. He can make defense splitting passes near the opposition box. Earlier this season, he was criticized for his slow and ineffective passing. However, he has improved a lot in the recent games and rediscovered his form. In the win against Rayo Vallecano, Koke displayed his link-up play with Joao Felix, which ended up with the 30-year-old finding the back of the net with a curled effort.

Since Simeone’s change in the system to a 3-5-2, Koke has been deployed either on the left side of midfield or in the central midfield. In the above viz, we can see that Koke has covered almost the entirety of the pitch, indicating that he has not fallen short on his work rate despite the decline in form during the season. The Atletico captain was criticized for his lack of pressing and decline in energy, however, Koke displayed in the match against Manchester United and Rayo Vallecano that he can be effective with his pressing and work rate.

Koke’s revival in form could be an added advantage for Simeone as his side looks forward to finishing off the season on a high. Atletico will take on Premier League leaders Manchester City in the quarter-finals of the Champions League and could utilize their captain’s experience.