Atletico Madrid endured a subpar campaign, especially in LaLiga, as they meekly surrendered their crown. The defence of Los Colchoneros was much weaker than in the previous several seasons, conceding 43 goals against an xGA value of only 34. While some of this has been down to Jan Oblak’s massive underperformance in goal, the defenders in front of him must also take accountability. In a bid to strengthen their backline, Atletico will look to bring in at least one centre-back in this summer transfer window. One name that has been linked in the past week or so is Tottenham Hotspur defender, Japhet Tanganga. 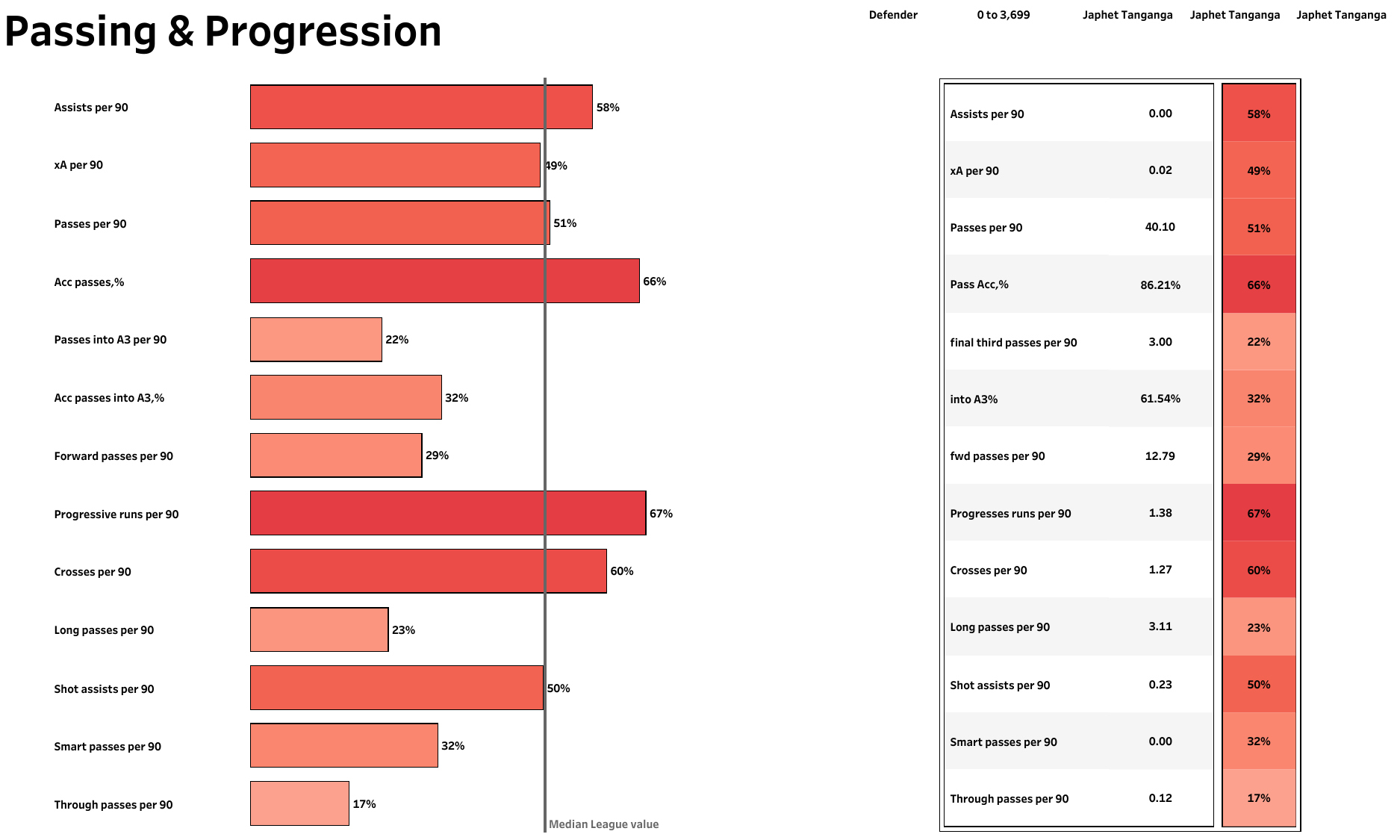 Tanganga played 11 matches for Tottenham Hotspur in the recently concluded 2021-22 Premier League season where he was on the pitch for 735 minutes before a knee injury in February kept him out for the rest of the campaign. He did not score a goal or assist once during his time on the field. He was fairly involved in Tottenham’s build-up play, averaging just over 40 pass attempts per 90, and 86.21% of his passes found a teammate. Tanganga also ranked in the upper third among defenders in progressive runs per 90, with 1.38 to his name. 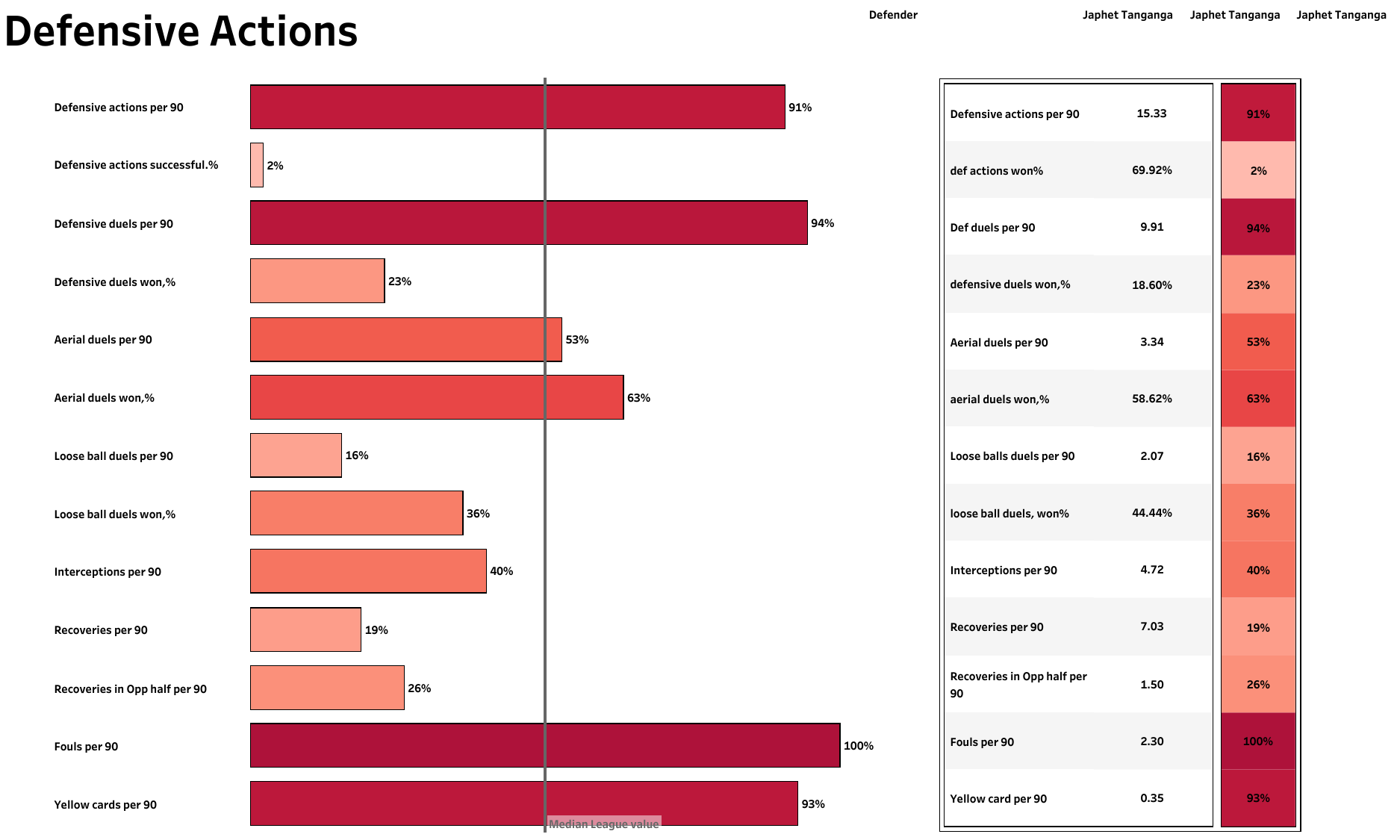 Though Tanganga attempted 15.33 defensive actions per 90, his success rate of below 70% put him in an atrocious bottom 2% among defenders. He similarly attempted just less than 10 defensive duels per 90, and his success rate of 18.6% ranked him in the bottom quartile. At 184 cm, he did enough to win 58.62% of the aerial duels he contested. He made 7.03 recoveries per 90. However, Tanganga’s main drawback is his temperament (or lack thereof) as he committed, on average, 2.3 fouls per 90 and earned a yellow card every three games. 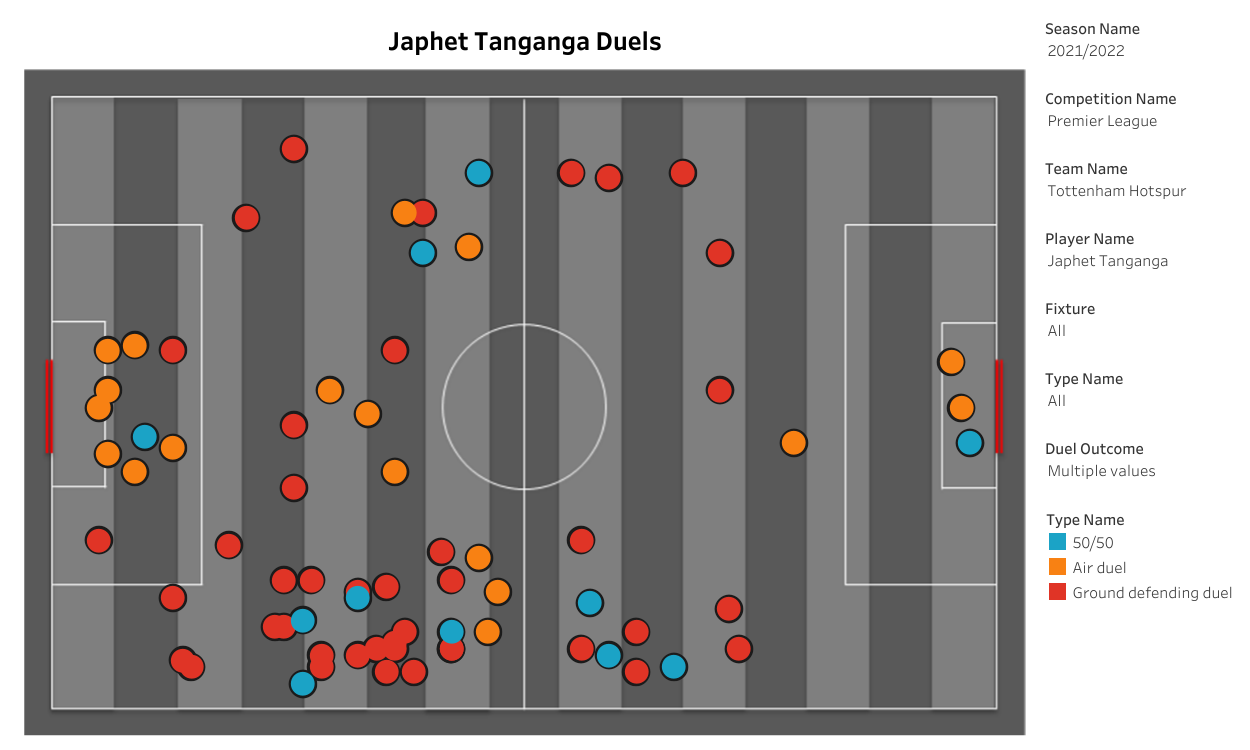 Displayed above are the locations of the duels won by Tanganga. He won ground-based duels the most, followed by aerial duels and 50/50s. The defender won far fewer 50/50s than the aforementioned two duel types. Most of his duels came on the right wing. He also won a few aerial duels in his box as he deviated them away from goal. 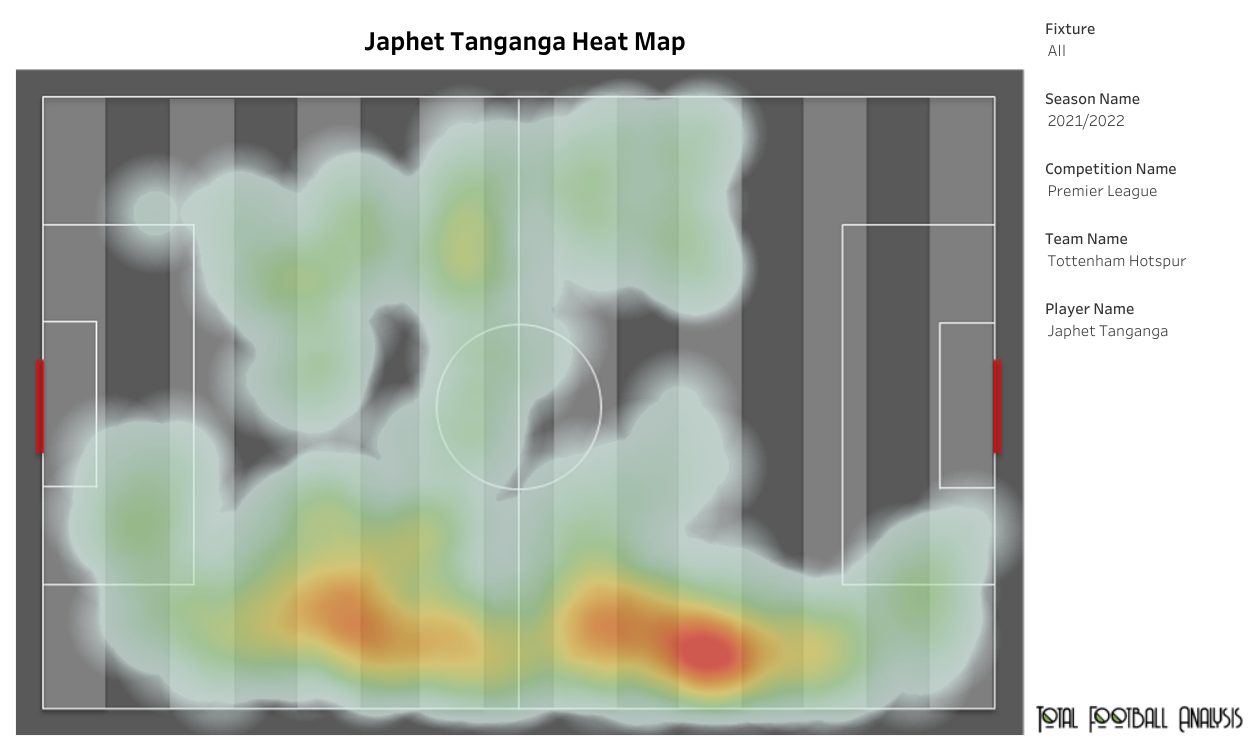 Even though Tanganga’s natural position is centre-back, he mostly played as a right-back last campaign before the lengthy knee injury. During his time on the pitch, Tanganga completed 2.2 progressive passes per 90 and 4.27 progressive carries per 90. Defensively, he attempted 13.4 pressures per 90, 4.63 tackles and interceptions per 90, 3.66 clearances per 90 and 1.95 blocks per 90.

Japhet Tanganga was decent when he played for Tottenham this season. However, after his knee injury, it is clear that he has slipped down the pecking order in Antonio Conte’s team. But, decent is simply not good enough to be an Atletico Madrid player under Diego Simeone, who is a demanding coach. So, the odds of Tanganga arriving in the Spanish capital are highly unlikely.