Atletico Madrid have struggled at the right-back position since Kieran Trippier moved to Newcastle United. It has gotten much worse after Šime Vrsaljko was allowed to depart on a free transfer to Greek Super League giants, Olympiacos. After returning from a loan spell at Granada, Santiago Arias is the club’s sole recognised right-back. However, in the last few weeks, there has been some encouraging news as Los Colchoneros are in talks to sign Arsenal’s Hector Bellerin. He spent the last season on loan at Real Betis and has returned to his parent club this summer. However, the stats used below will be from his 2020-21 season. 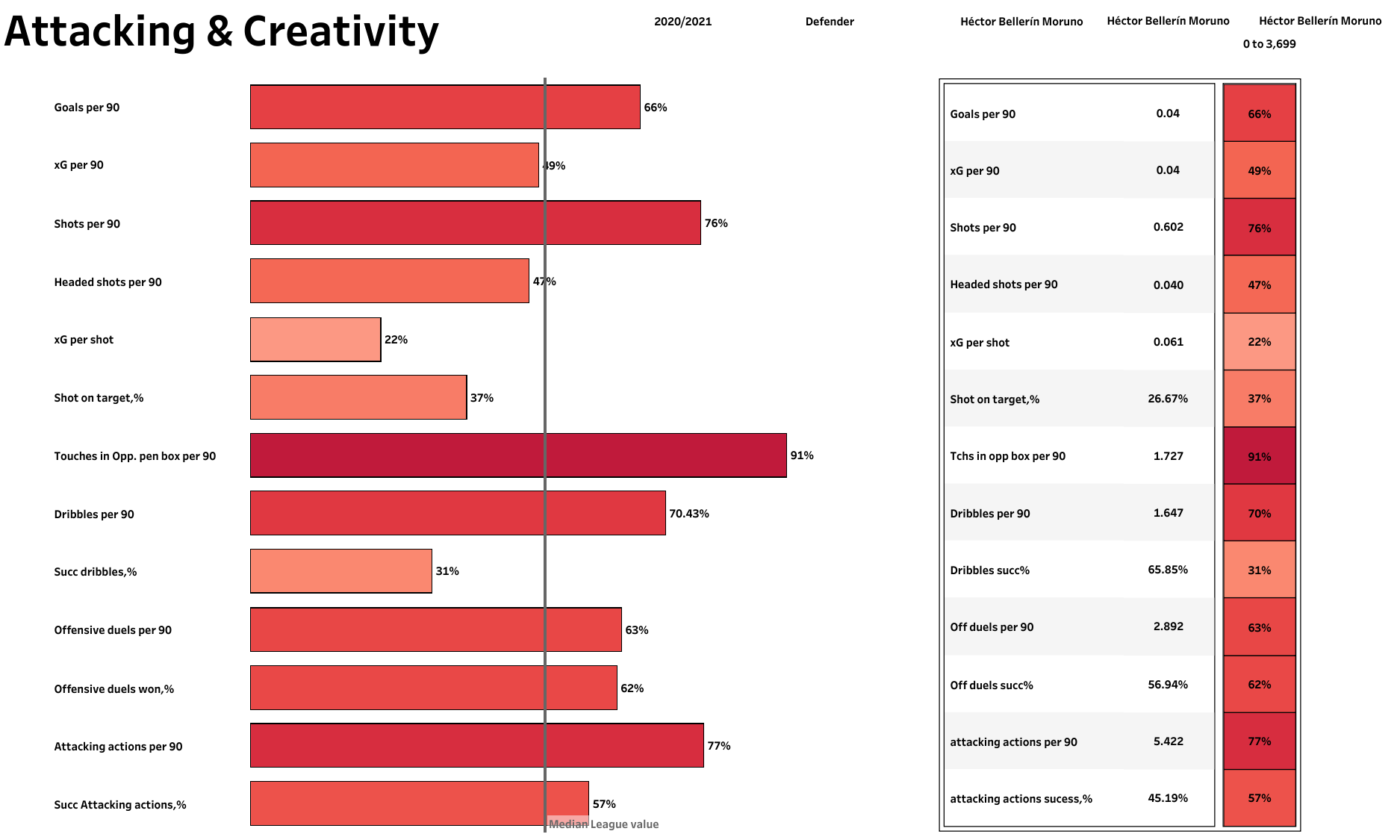 Bellerin played 35 games for Arsenal in the 2020-21 Premier League season as the Gunners finished 8th and missed out on European football altogether. He scored one goal and assisted two of them during the season. With 0.6 shots per 90, he was placed in the upper quartile among defenders, though his shooting accuracy of 26.67% left a lot to be desired just like his xG per shot. The Catalan recorded over 1.7 touches in the opponents’ penalty box per 90, putting him in the top 9% of defenders in this category. He attempted only 1.65 dribbles per 90 at a success rate of 65.8%. He was also involved in more than five attacking actions per 90. 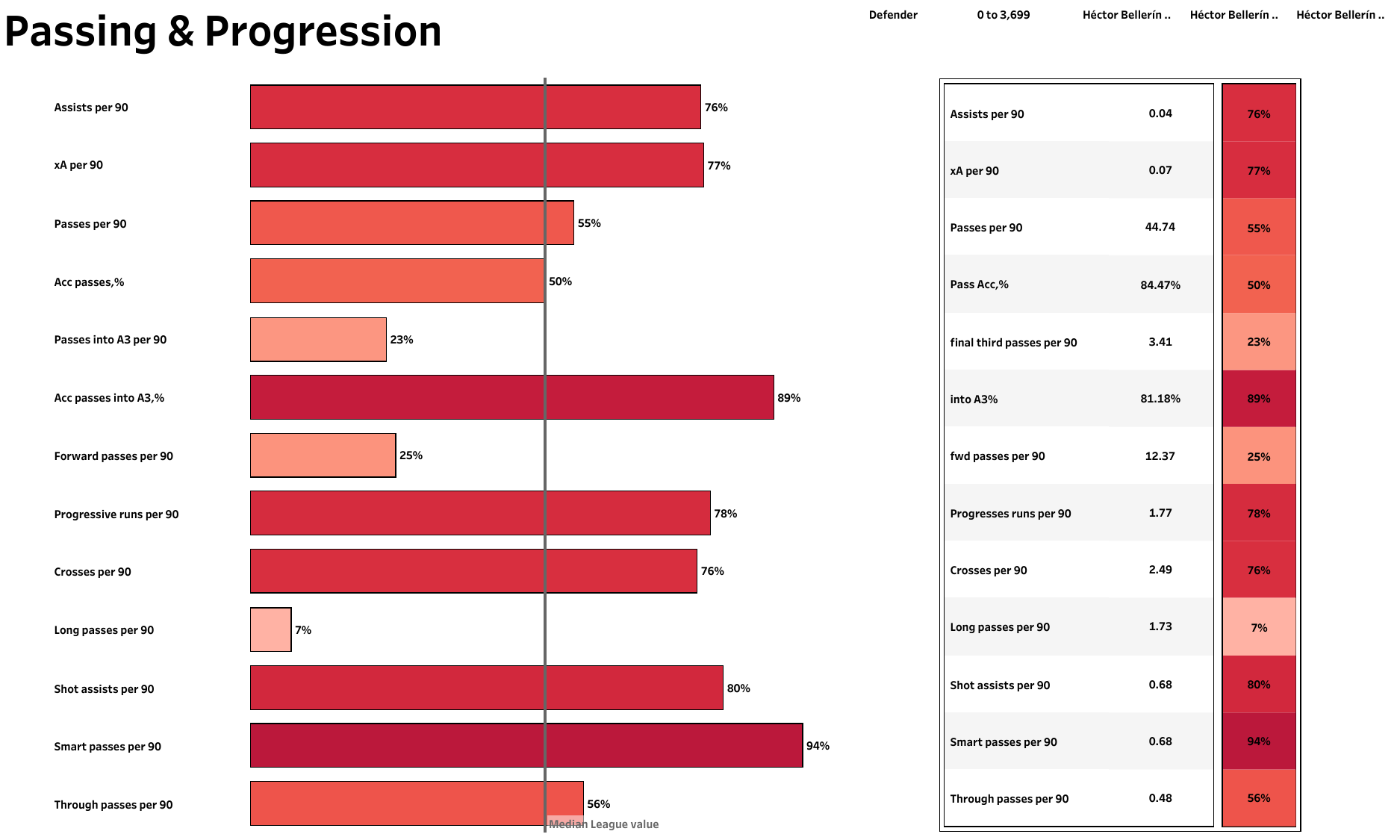 Bellerin registered two assists, though he did slightly underperform as per xA. He took part in the build-up fairly regularly, attempting just under 45 passes per 90, and his pass accuracy of nearly 85% was the median value for defenders. He may have attempted only 3.4 passes into the final third per 90, but he found his teammates on 81% of the occasions, which put him in the top 11% for the latter category. The Catalan made 1.77 progressive runs per 90 and 2.76 crosses per 90, both of which placed him in the upper quartile among defenders. With 0.68 smart passes per 90 each, he was good enough to be in as high as the 94th percentile for defenders. 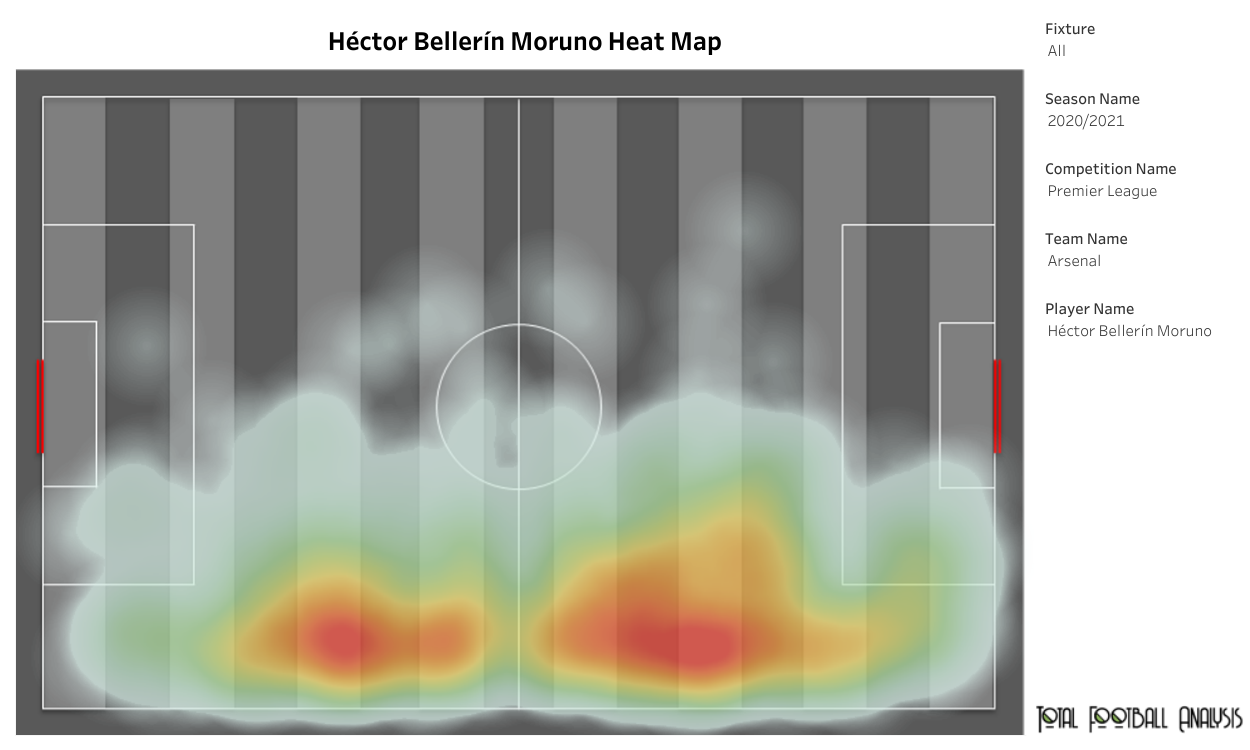 Bellerin was an attack-minded right-back who tended to get forward whenever possible. This could aid Atletico Madrid’s attackers like Griezmann and Felix more regularly. He completed 3.79 progressive passes per 90, 1.25 passes into the attacking penalty area per 90 and 4.96 progressive carries per 90. 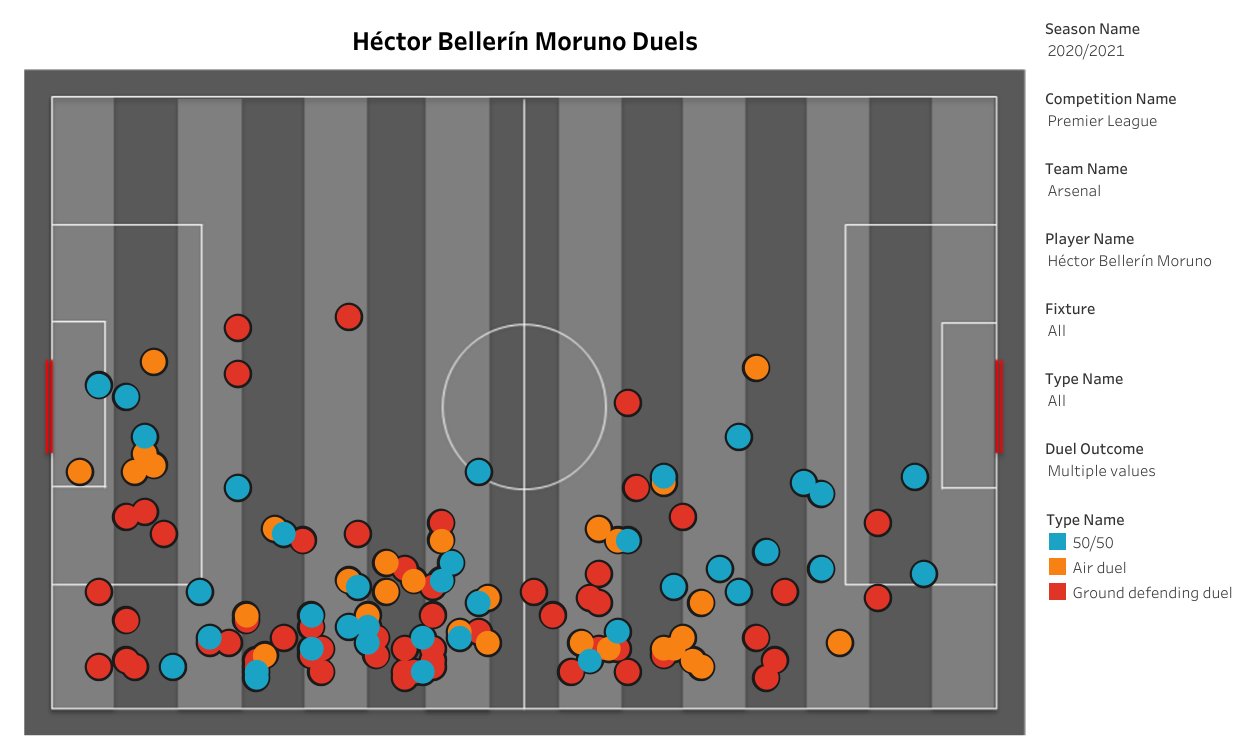 Bellerin won a fairly even distribution of duels for Arsenal in all thirds of the pitch – defensive, middle and attacking. He tended to win 50/50s and ground-based defending duels much more than aerial duels but as a full-back, the latter is a bonus, not a requirement. He attempted only 9.61 pressures per 90, 2.03 tackles & interceptions per 90, 2.16 blocks per 90 and 1.77 clearances per 90.

Hector Bellerin may not have performed as well as Arsenal would have hoped for in the 2020-21 season, but, he massively improved in many categories last season whilst being on loan at Real Betis. That is why Atletico Madrid want to sign the former La Masia academy graduate from Arsenal. Moreover, the right-back also expressed interest in leaving the Emirates Stadium this summer. This could be the perfect opportunity for Atletico Madrid to strengthen the right side of defence as well as for Bellerin to return to Spain.