The Colchoneros are reportedly keeping tabs on Chelsea midfielder Hakim Ziyech. The 29-year-old playmaker is believed to be looking to move from Stamford Bridge, with the Moroccan failing to feature regularly in Thomas Tuchel’s lineup. Ziyech moved to Chelsea from Ajax in 2020 after an impressive spell at Ajax. Despite showing glimpses of his talent, Ziyech has failed to cement his place in the starting lineup. A host of top clubs are interested in securing the services of the winger, and Atletico Madrid have also emerged as a contender.

Although the Rojiblancos have reportedly shown their interest in signing Ziyech, it is believed that the winger may not suit Diego Simeone’s tactics. The Moroccan winger struggled with injuries in his first season at Stamford Bridge, making 23 appearances in the Premier League, scoring twice, and registering three assists. Although his goal contribution has improved under Thomas Tuchel this season with the winger scoring four and laying two assists in 15 appearances so far, Ziyech is still struggling to put up numbers closer to the ones he did at Ajax.

Given the fact that Simeone plays with attacking wing-backs who provide width in the attack while also contributing in defense, it is difficult to understand how the Argentine manager plans on integrating Ziyech into his squad. However, there are no doubts over the Moroccan winger’s capabilities as a creator, and Atletico have struggled for creativity this season.

Let’s take a look at some stats to gauge if Ziyech could aid the Colchoneros creative issues. 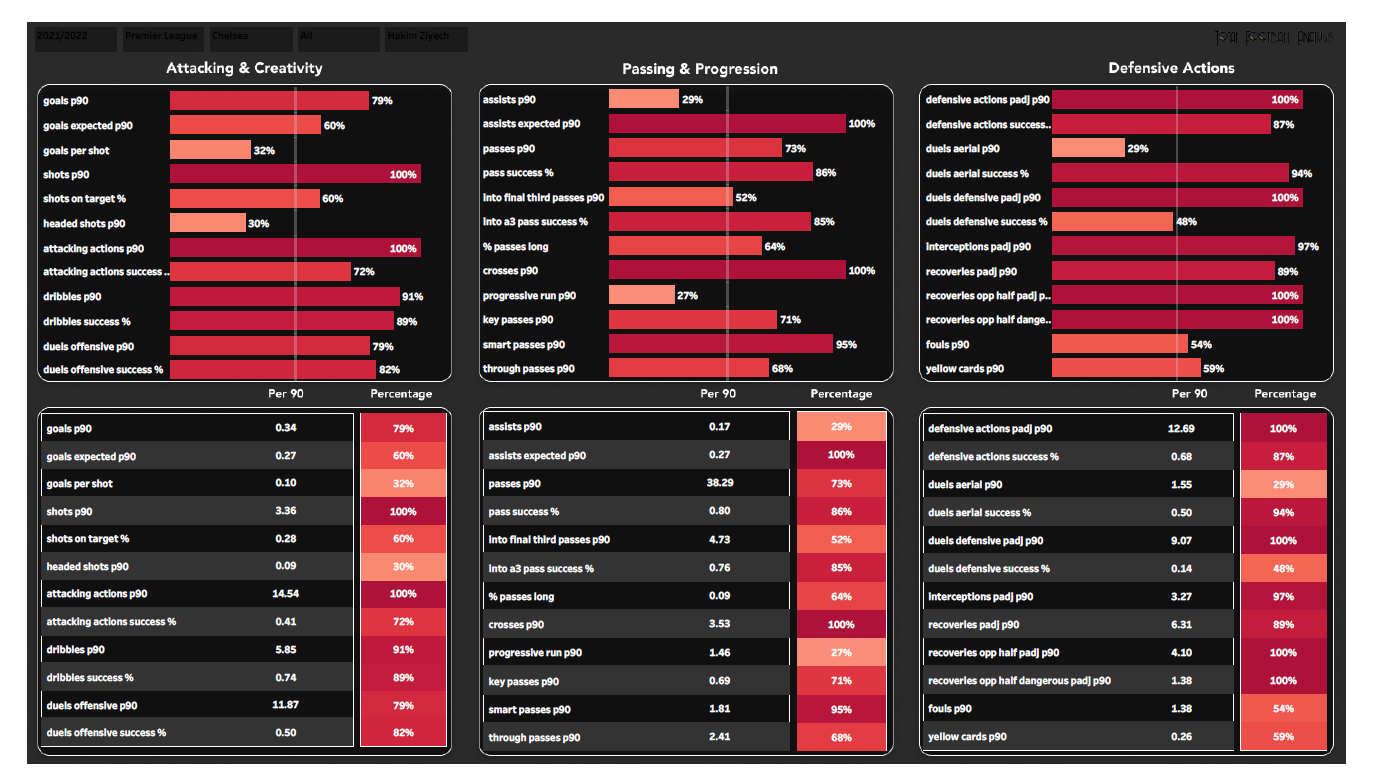 The above viz displays Ziyech’s overall stats in the Premier League this season. The Moroccan winger has ranked highly in terms of the majority of his stats. His most notable attacking & creativity stats are attacking actions per 90, dribbles per 90, dribbles success rate, and offensive duels success rate. The 29-year-old also ranks highly in terms of xA per 90, crosses per 90, and smart passes per 90. Despite his offensive position, Ziyech’s defensive stats are impressive. We can see that he has performed exceedingly well in terms of defensive actions per 90, interceptions per 90, and recoveries per 90. Ziyech is a natural right-winger, who excels at dribbling. 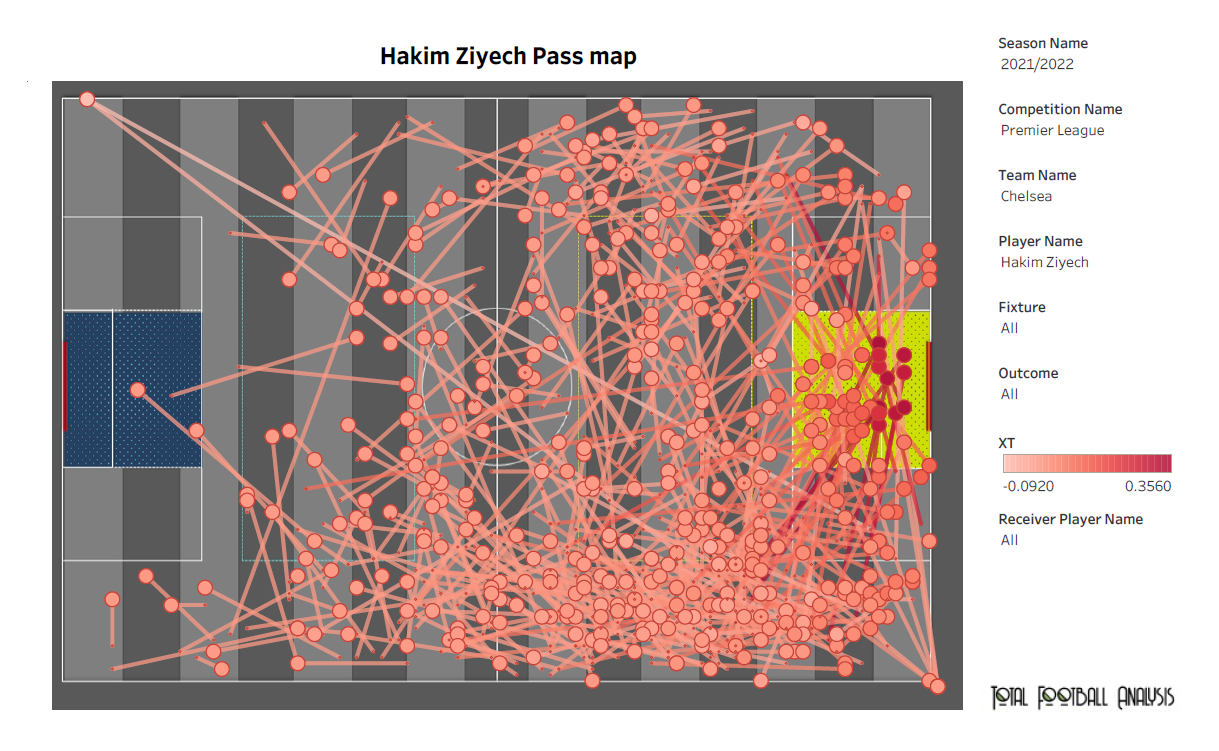 In the above viz, we can see the wide array of passes that Ziyech has delivered. The Moroccan is a huge threat with his pin-point crosses near and into the opposition box. He combines well with the overlapping runs of Chelsea’s wing-back on the right. Starting wide, Ziyech regularly looks to cut inside, following which he can look for shooting opportunities or pick out the runs of a teammate on the left. His manipulation of the ball allows him to create plenty of chances for his forwards.

The above viz highlights Ziyech’s area of activity on the pitch. Ziyech has mostly been active near the touchline on the right wing. The Moroccan winger possesses impressive balance, pace, and acceleration, which he utilizes to get past his markers. While moving infield from the right, Ziyech drags the defenders with him, a movement that creates space for his forwards to advance. Thomas Tuchel has outlined Ziyech’s work rate, counter-pressing, and awareness, stating that they are a huge part of his performances.

While Ziyech excels at creativity, it is difficult to gauge how he could fit into Simeone’s pragmatic and defensive tactics. Atletico may also need to consider Ziyech’s injury record, as the winger has struggled with injuries in recent years.