Ever since Kieran Trippier left Atletico Madrid for Newcastle United in the January transfer window of 2022, the 2020-21 LaLiga winners have had only Šime Vrsaljko at the right-back slot. The Croatian full-back is set to leave Los Rojiblancos this summer, according to some reports, with Greece being his likely destination. This would leave a dearth of players at right-back. So, Atletico Madrid will need to act fast and smart if they are to reinforce the right side of the defence. One man who could be that right-back is Tottenham Hotspur’s Emerson Royal. The Brazilian has played in the Spanish top flight before with Andalusian club Real Betis. 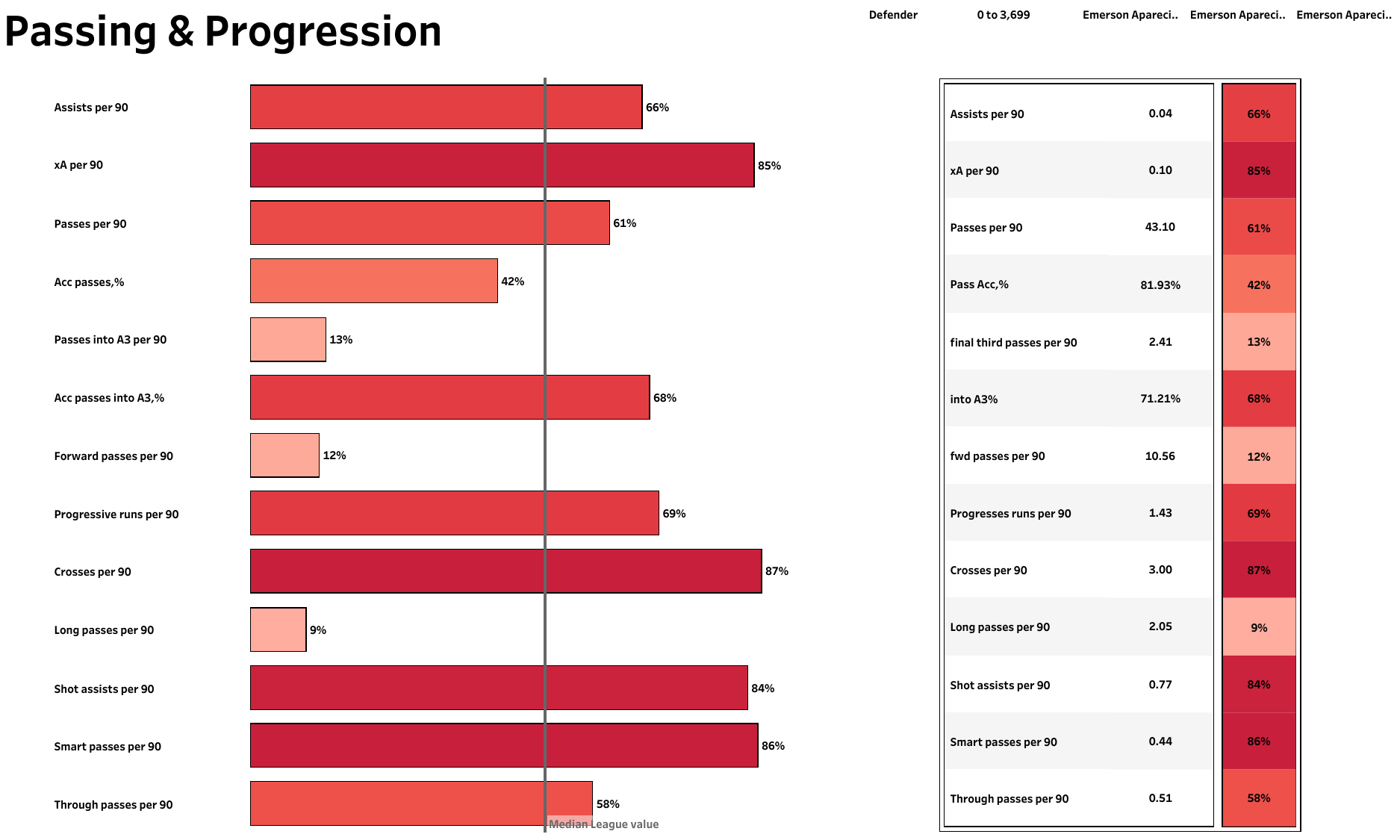 Royal joined Tottenham Hotspur on the deadline day of the 2021 summer transfer window for €25 million from Barcelona. Since then, the Brazilian featured in 31 games for Tottenham in the Premier League season just gone by. The 23-year-old scored and assisted one goal each during his time on the pitch as he played for 2,286 minutes. When looking at both xG and xA, Emerson slightly underperformed throughout the season, though he still ranked in the upper quintile for defenders in xA per 90. The Sao Paulo-born man was regularly involved in the Spurs’ build-up play, averaging 43 pass attempts per 90 at an accuracy a shade below 82%. The Brazilian completed three crosses per 90, which was among the top 13% of defenders.

Royal was a very active player on the right-hand side of the pitch for Tottenham, having played as a right-back in a back four and as a right wing-back higher up the pitch under Antonio Conte, as seen from the above heat map. Royal completed 3.19 progressive passes per 90, 1.06 passes into the penalty area per 90 and 4.96 progressive carries per 90 in the recent Premier League season.

Royal’s duel-winning locations are shown above. The vast majority of the duels won by the Brazilian were ground-based defending duels. The 23-year-old won far fewer 50/50s and aerial duels but as a right-back, he is not expected to win much aerially compared to centre-backs. Most of the ground-based duels won by Royal came in his third and in midfield. The Brazilian’s work off the ball was hard as he attempted 19.7 pressures per 90, 4.76 tackles and interceptions per 90, 3.11 clearances per 90 and 2.2 blocks per 90.

Emerson Royal has had a solid first campaign at Tottenham Hotspur. According to Transfermarkt, his market value is €25 million, but if Atletico Madrid need the Brazilian full-back, they may need to fork out a little more than that figure.

Transfer Talk: Juan Foyth – The right-back could be an upgrade on Šime Vrsaljko