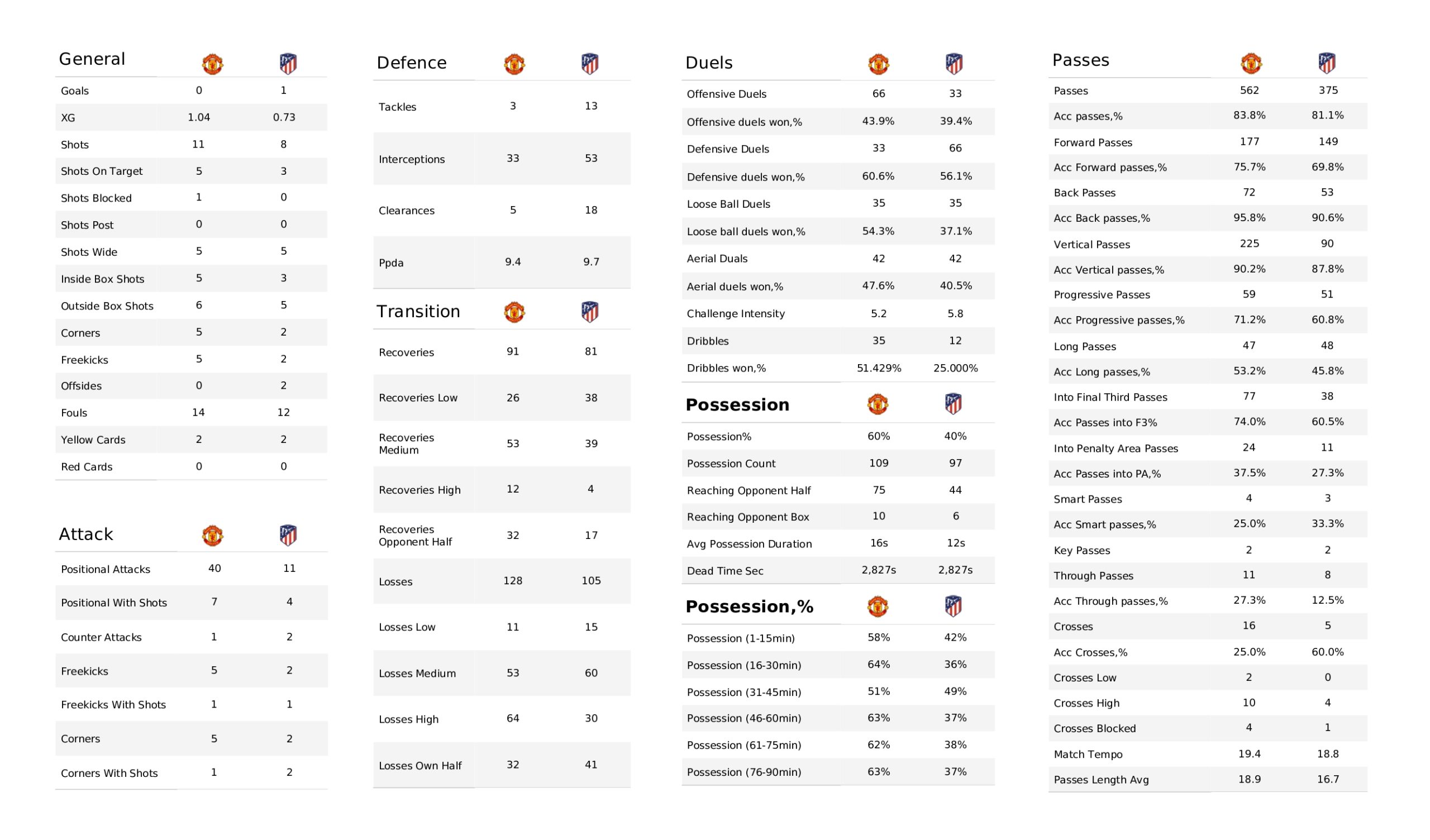 United had a higher xG than their opponents. They took more shots and had more shots on target as well. Both teams were almost equal in terms of their defensive pressing, as indicated by their PPDA. United made higher recoveries in the opponent’s half and also had higher possession at the final whistle.