Looking to secure a place in the quarter-finals of the Champions League, Atletico Madrid will travel to Old Trafford to face Manchester United on Tuesday in the return-leg of Round-of-16. The home side bounced back in their previous match in the league after a string of disappointing results, while the away side have maintained their unbeaten run since the first leg. Can the Colchoneros advance to the quarter-finals?

Fresh after a gripping encounter against Tottenham, where Manchester United came out victorious, courtesy of an inspiring Cristiano Ronaldo hat-trick, the mood around Old Trafford has lifted slightly. Manchester United’s form has seen plenty of ups and downs this season. However, they are still in contention for a top-four finish and can move to the quarter-finals of the Champions League. They are currently placed at fifth place in the Premier League with 14 wins, eight draws, and seven losses in 29 matches, one point behind fourth-placed Arsenal. The Red Devils would need a much-improved performance on Tuesday than the first leg, where they were second-best for the majority of the game if they are to lay a claim to a quarter-final spot. Antony Elanga came off the bench to level the score for United in the second half, ensuring that the match finished at level-pegging. The Red Devils would be looking to add another Round-of-16 win, having won the previous seven out of 11 ties. Bruno Fernandes and Luke Shaw could be back in contention after the pair missed out against Tottenham due to COVID-19. Scott McTominay could also be available after recovering from a calf problem. 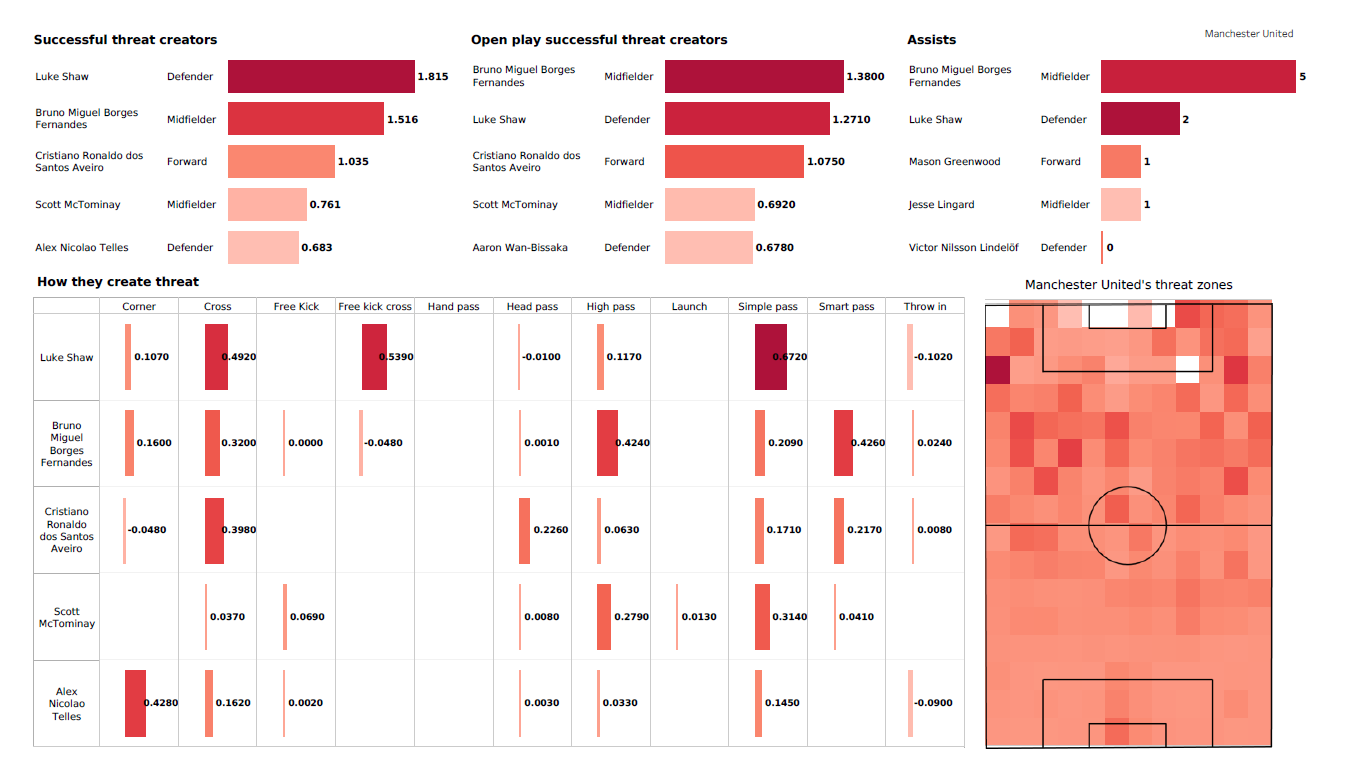 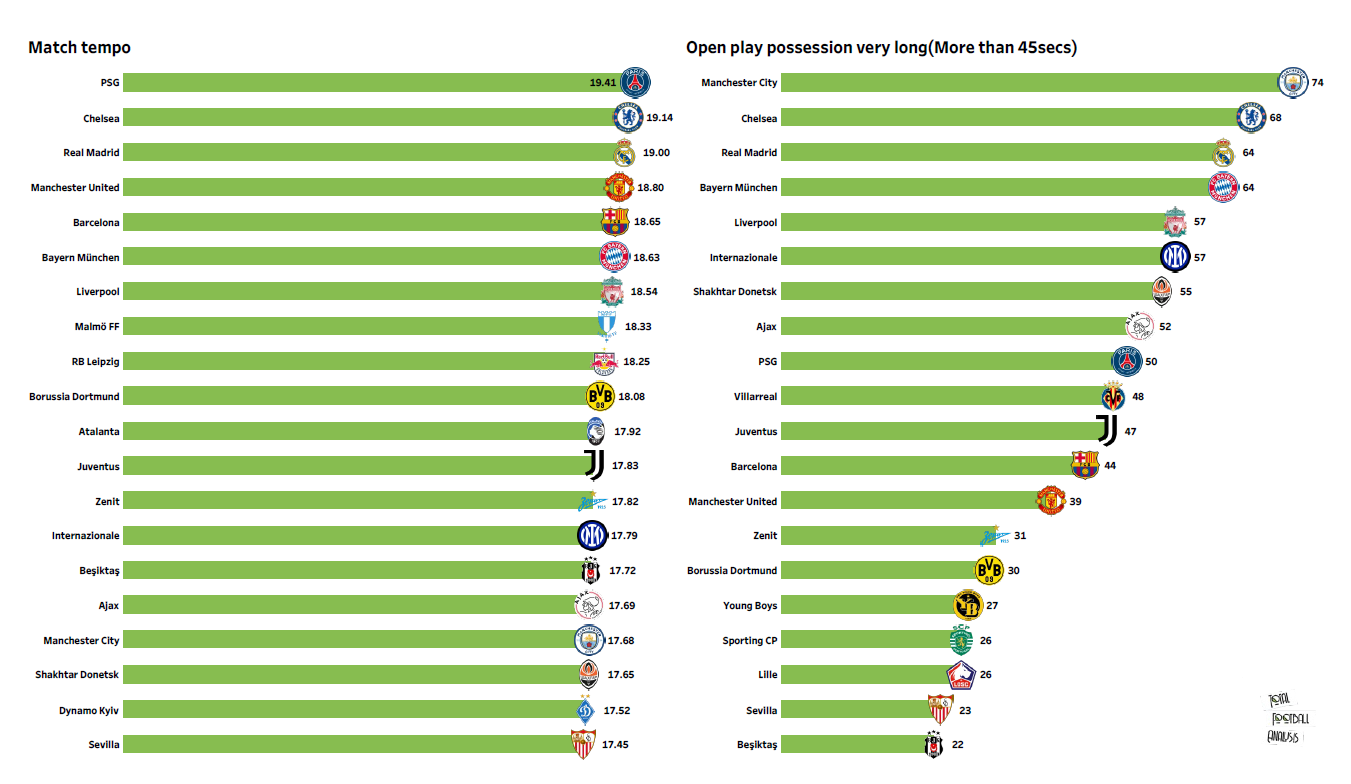 Atletico Madrid head into the match against United following a five-match unbeaten run in all competitions. After trying multiple strategies, Diego Simeone seems to have found a combination that has allowed Atletico to pick up consecutive wins. They were impressive in the first leg, dominating the game in the midfield, and have since secured three wins in three matches in LaLiga. As a result, the Colchoneros have moved to the four-spot in the league with 15 wins, six draws, and seven losses in 28 matches. Last season, Atletico failed to move past the Round-of-16, going down against eventual winners Chelsea. However, they have made their way to the quarter-finals or farther in five of their previous eight Champions League campaigns. Yannick Carrasco is still suspended, while Matheus Cunha, Daniel Wass, Sime Vrsaljko, and Thomas Lemar are unavailable due to injuries. Geoffrey Kondogbia could be in contention for the upcoming match. 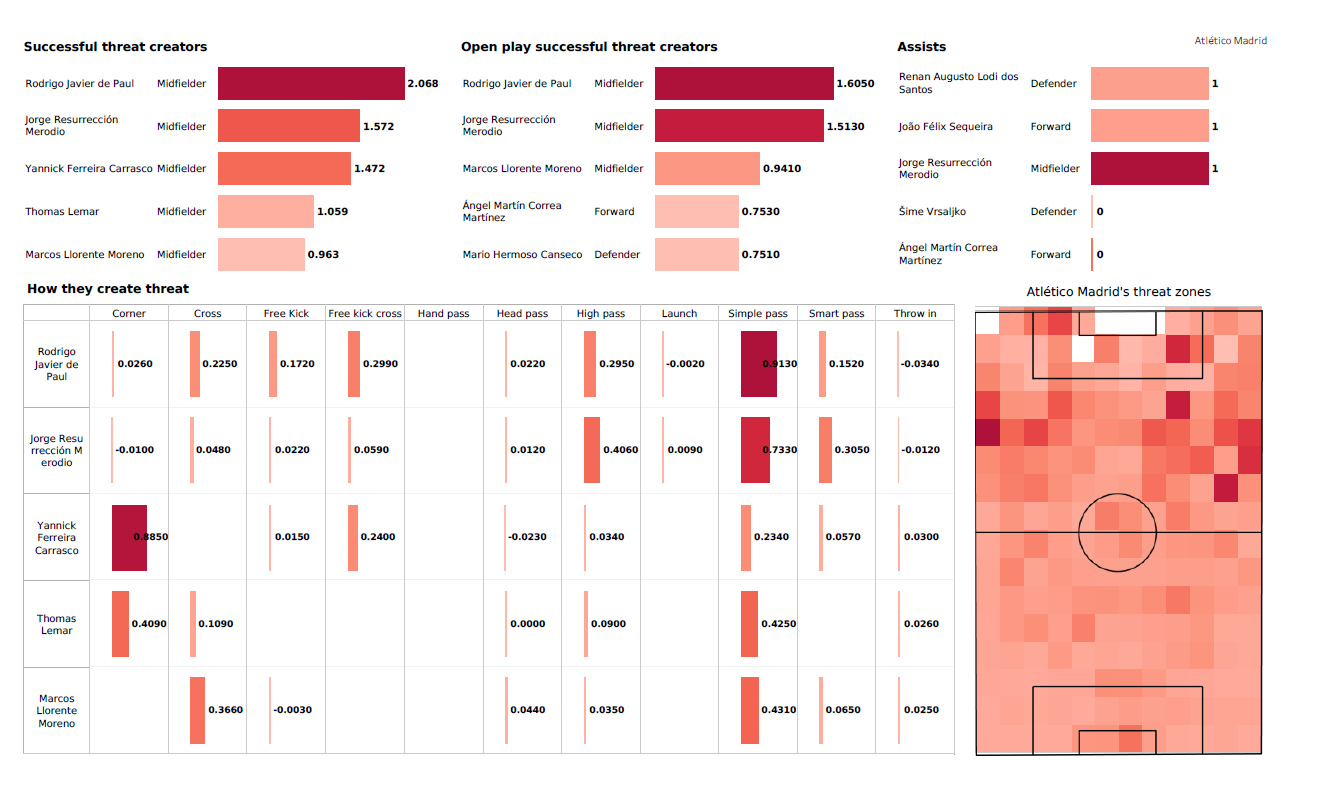 In the above viz, we can see an overview of the threats created by Atletico Madrid. Rodrigo de Paul has created the highest successful overall threats, while he also leads the chart in terms of successful threats created from open play. We can see that Atletico have created a high threat on the right wing. 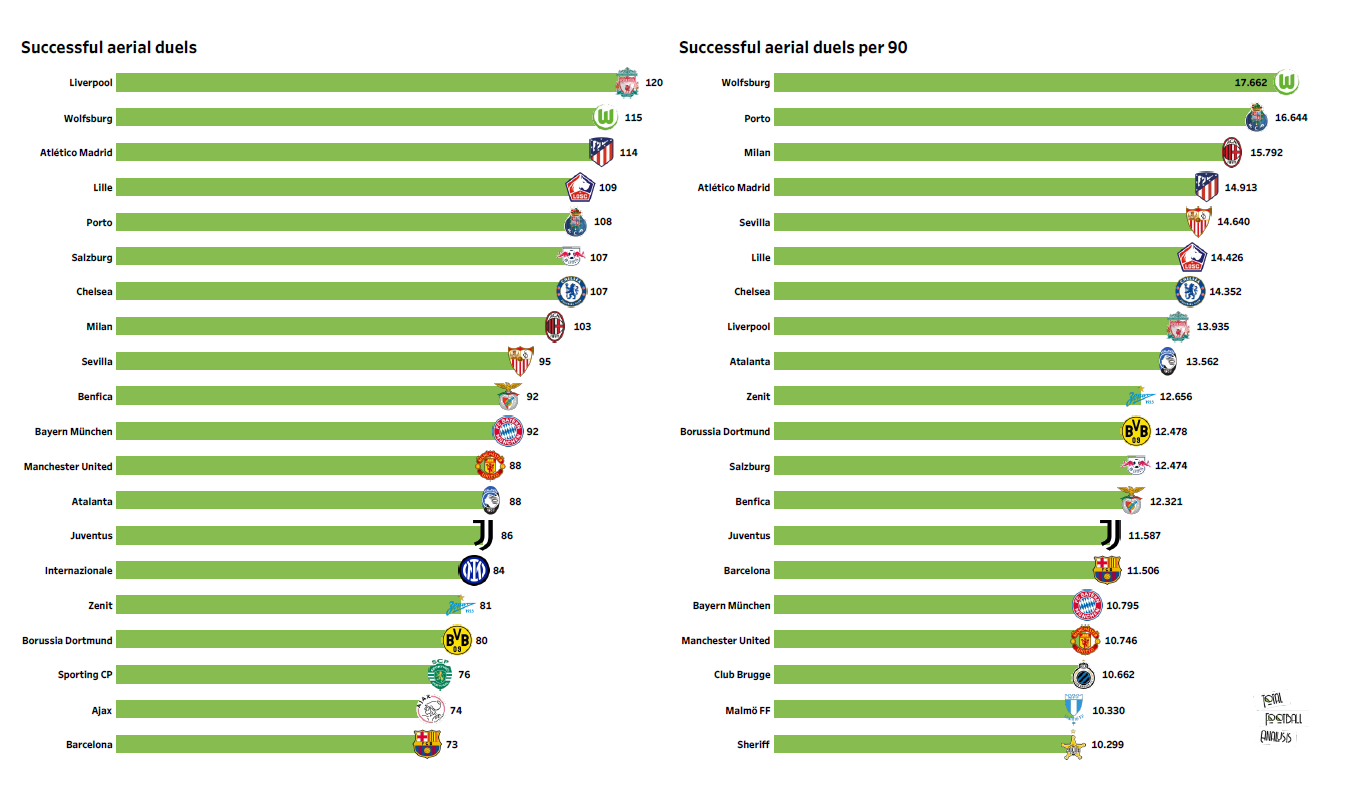 Atletico Madrid have won the third-highest number of aerial duels so far. They average 14.91 successful aerial duels per match.