Wanda Metropolitano is the venue for Wednesday’s Champions League match as Atletico Madrid will take on Manchester United. The home side qualified for the knockouts as runners-up of Group B, while the visitors came out on top of Group F. Can the Red Devils overcome the Rojiblancos at home?

Atletico Madrid are in the midst of a disappointing season in LaLiga. Their inconsistent defensive form has seen them struggle in the league this season. As a result, they are placed fifth in the league, with 12 wins, six draws, and seven losses in 25 matches. They head into the match against Manchester United on the back of a 3-0 victory over Osasuna in LaLiga. Goals from Joao Felix, Luis Suarez, and Angel Correa ensured that Atletico take the three points. The Rojiblancos had a tough time in the group stages as they managed to win just two of their six matches. They crashed out of the Round-of-16 last season to the eventual winners, Chelsea, and would be hoping to progress to the quarter-finals this time around. Felipe and Yannick Carrasco will miss out on the match through suspensions, while Matheus Cunha and Daniel Wass are both sidelined through injuries. Antoine Greizmann could be in contention for the match, as he has made his return from injury. 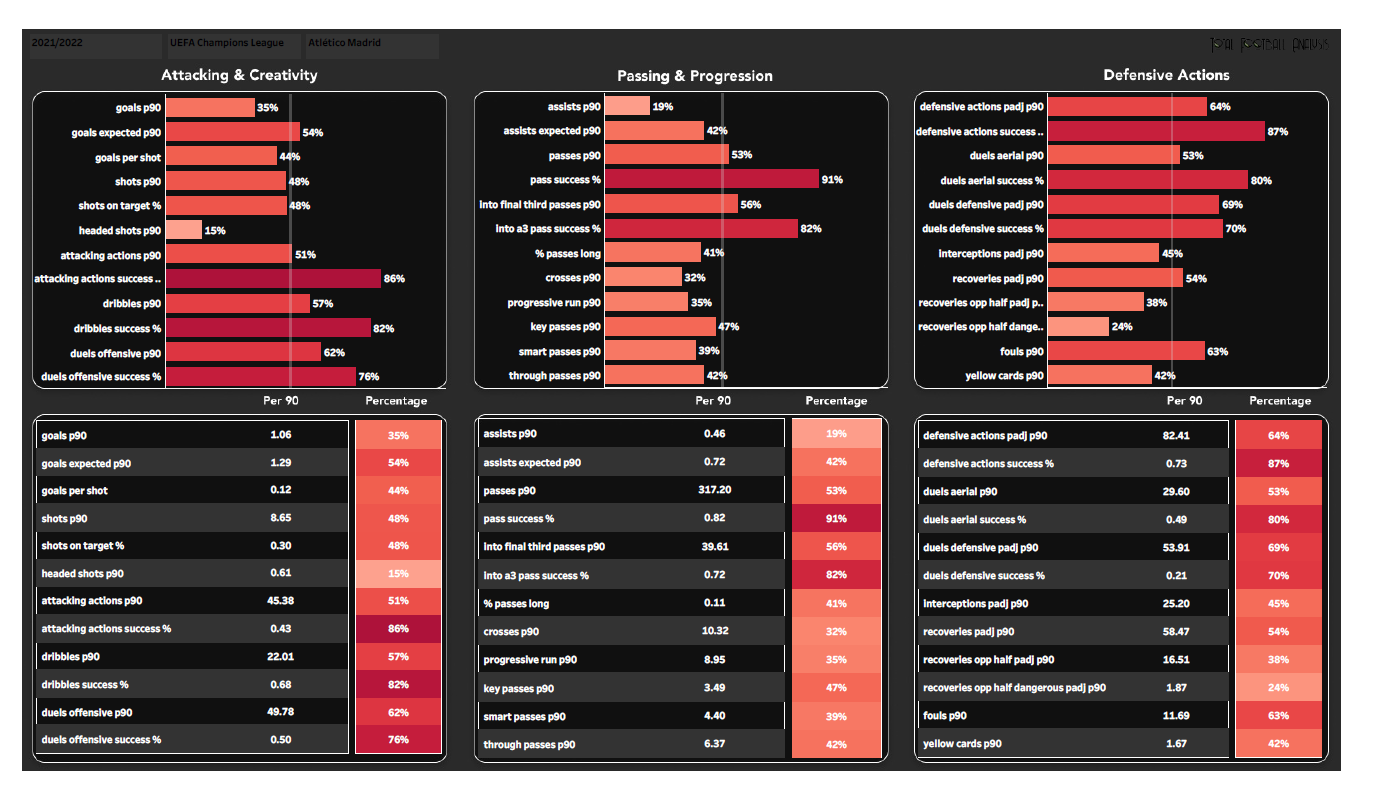 The above viz. displays the overall stats of Atletico Madrid in the Champions League this season. We can see that they have struggled in terms of passing and progression, with multiple stats below the league median. Some of those stats are xA per 90, smart passes per 90, and through passes per 90. They have been average in terms of attacking & creativity stats, with the most notable stats being successful attacking actions and successful dribbles. Defensively, Atletico have struggled all season. While most of their stats are above the league median, the Rojiblancos have conceded more goals than they have in the past. 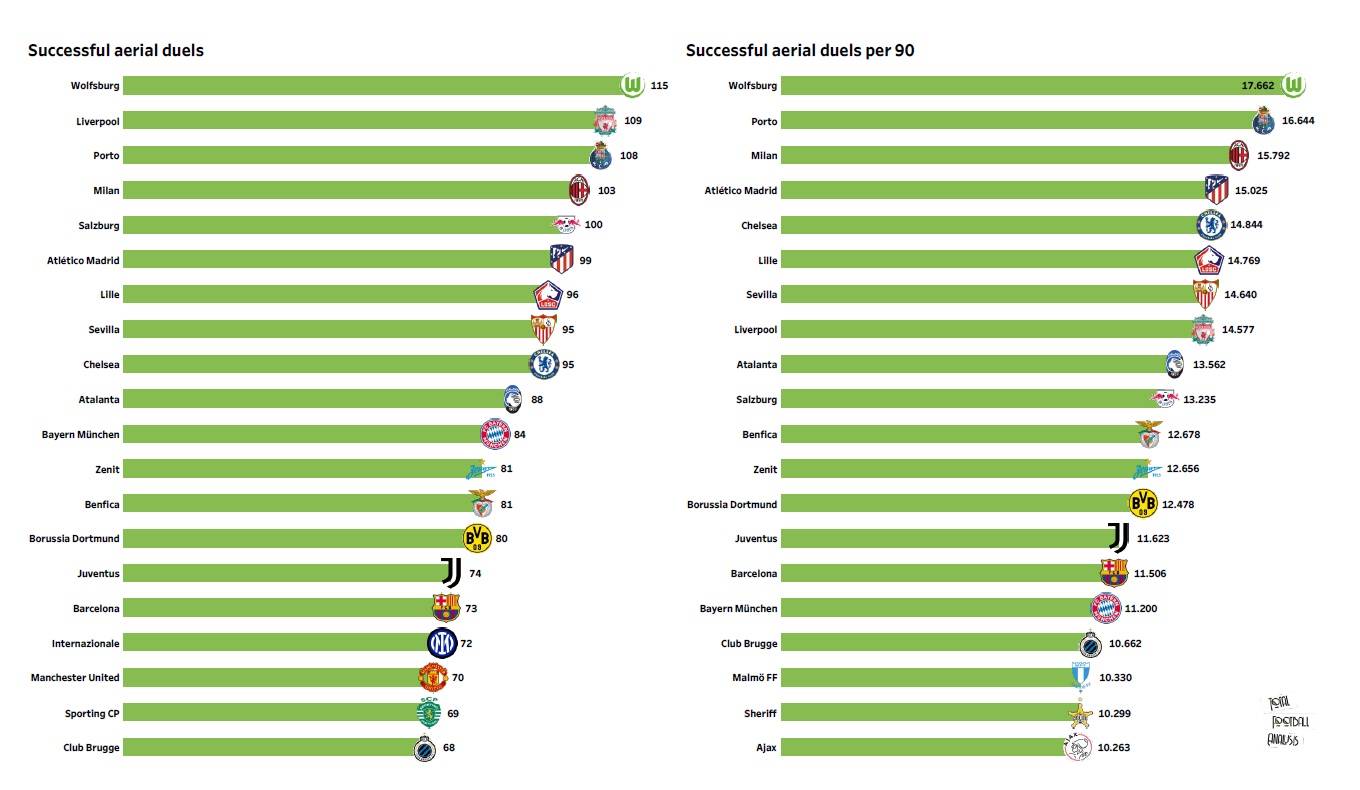 Manchester United’s form this season has been inconsistent. However, they have started to show signs of resurgence in their previous games. The Red Devils head into the match on the back of a 4-2 win over Leeds. As a result, they sit fourth in the Premier League with 13 wins, seven draws, and six losses in 26 matches. Manchester United have secured three wins in their previous five league games and would be looking to carry their recent form in the Champions League as well. They qualified for the knockouts as Group F winners. Cristiano Ronaldo was influential for his side in the group stages, scoring important goals. Edinson Cavani and Eric Bailly are out of contention for the match. 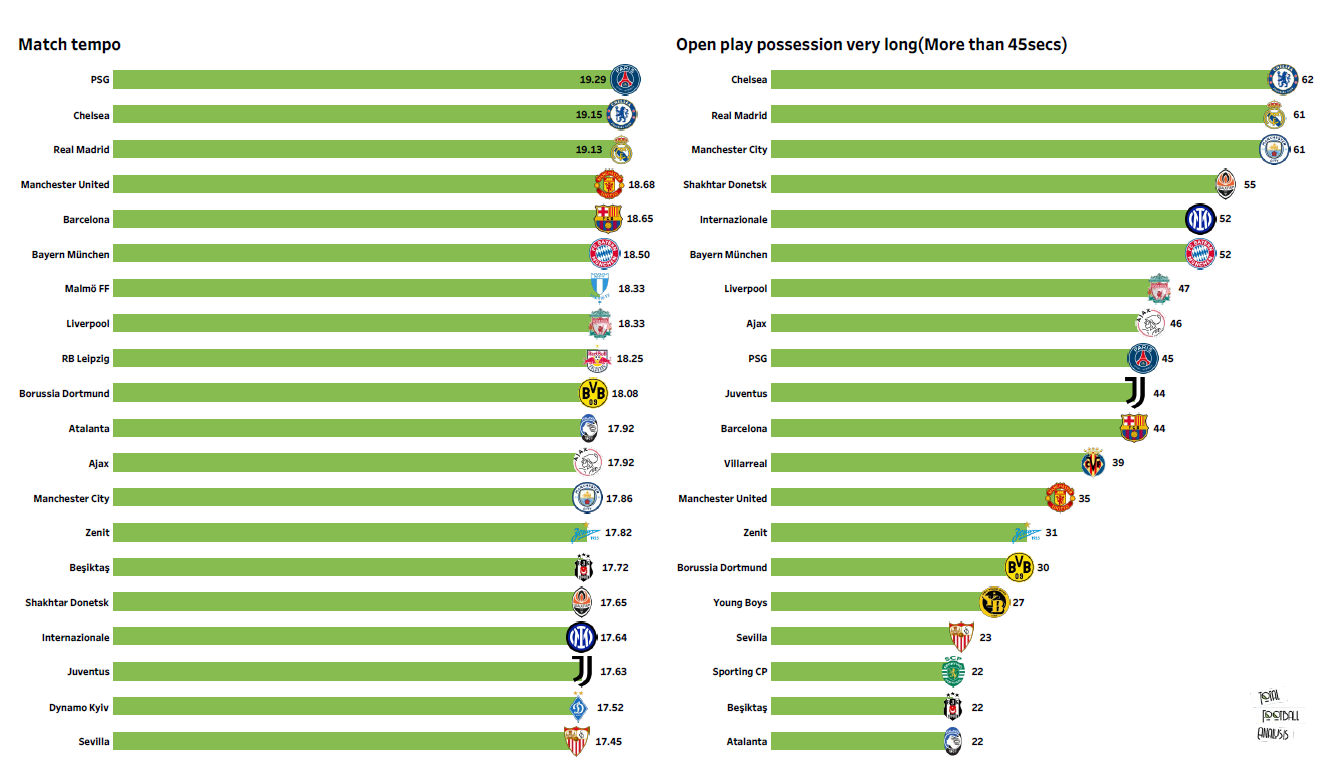 In terms of match tempo, the Red Devils are placed at the fourth spot in the league, while they rank at the 10th spot in terms of open play possession for more than 35 seconds.

Atletico would prove to be a tough test for Manchester United at home. However, the Rojiblancos have been vulnerable defensively. A draw is a likely scenario for the match.