Ever since Kieran Trippier left for Newcastle United, Atletico Madrid have had troubles at the right-back position. It has got even worse since Šime Vrsaljko was allowed to leave on a free transfer to Greek giants, Olympiacos. Currently, Santiago Arias is the only recognized right-back at the club after he returned from a loan spell at Granada. One man that could potentially provide a short-term solution at right-back is Chelsea’s 40-capped Spain international and club captain, César Azpilicueta. 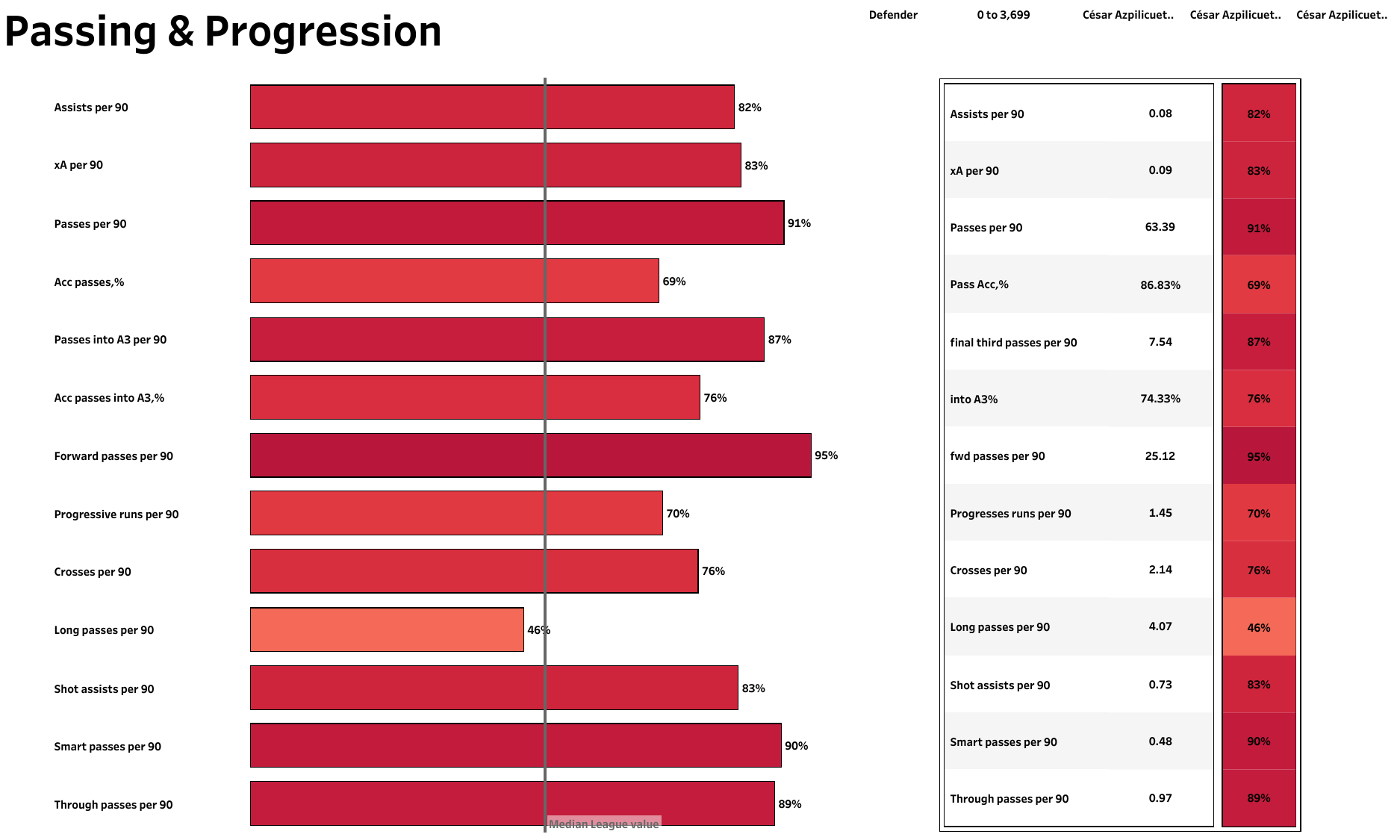 Azpilicueta played 47 games in all competitions for Chelsea last season, of which 27 came in the Premier League. He clocked 2074 minutes in the league for the Blues. He was an active player in the build-up play for Thomas Tuchel’s side as he attempted over 63 passes per 90 at a respectable accuracy of 86.83%. The Spaniard managed to complete nearly three-fourths of his passes into the final third. He was also ranked in the upper quartile in each of these three categories: shot assists per 90, smart passes per 90 and through balls per 90. 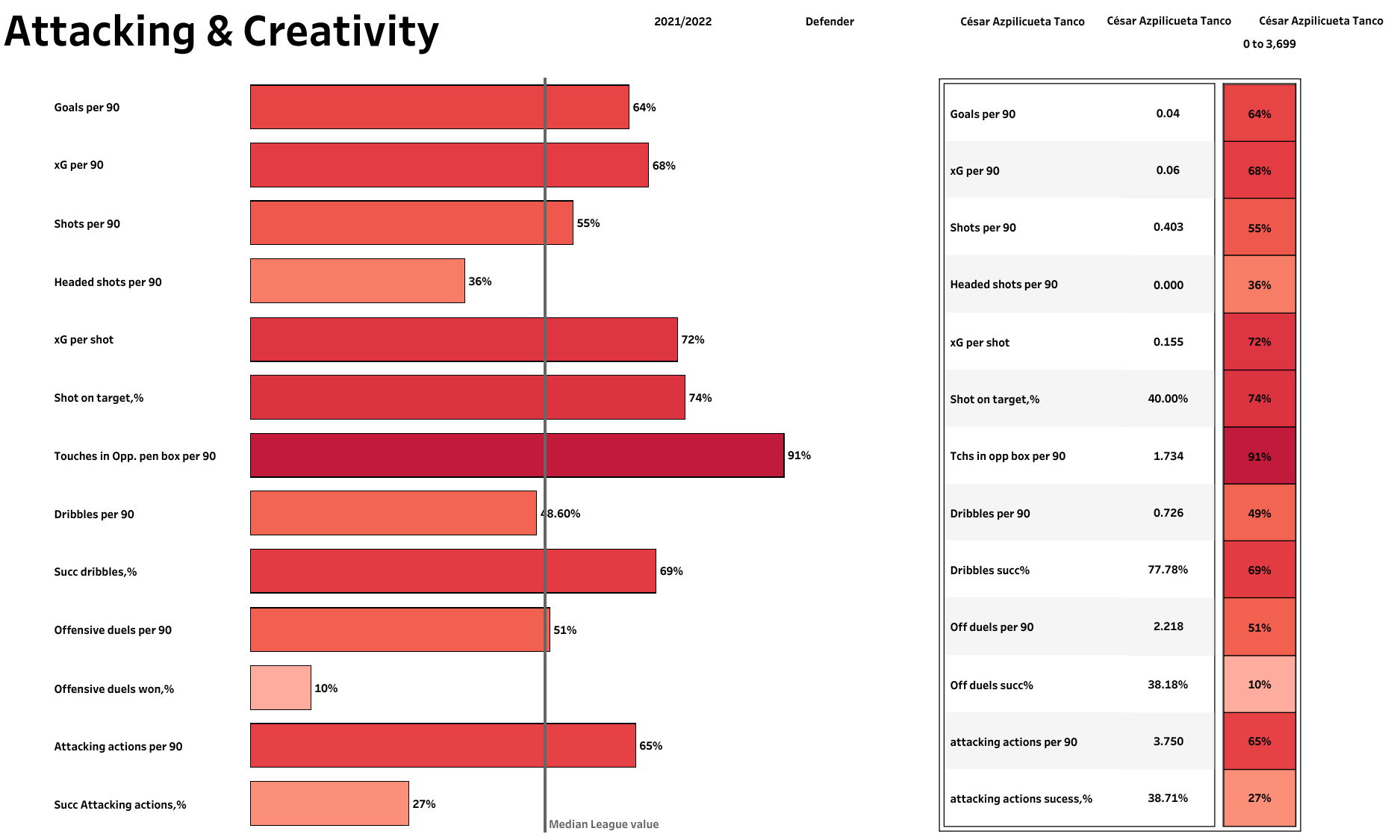 Azpilicueta made three goal contributions last season (one goal and two assists). Even though he attempted less than 0.5 shots per 90, he hit 40% of them on target. He also registered 1.73 touches in the opposition’s penalty area per 90, putting him in the top 9% among defenders. He managed to complete nearly 78% of his take-ons. 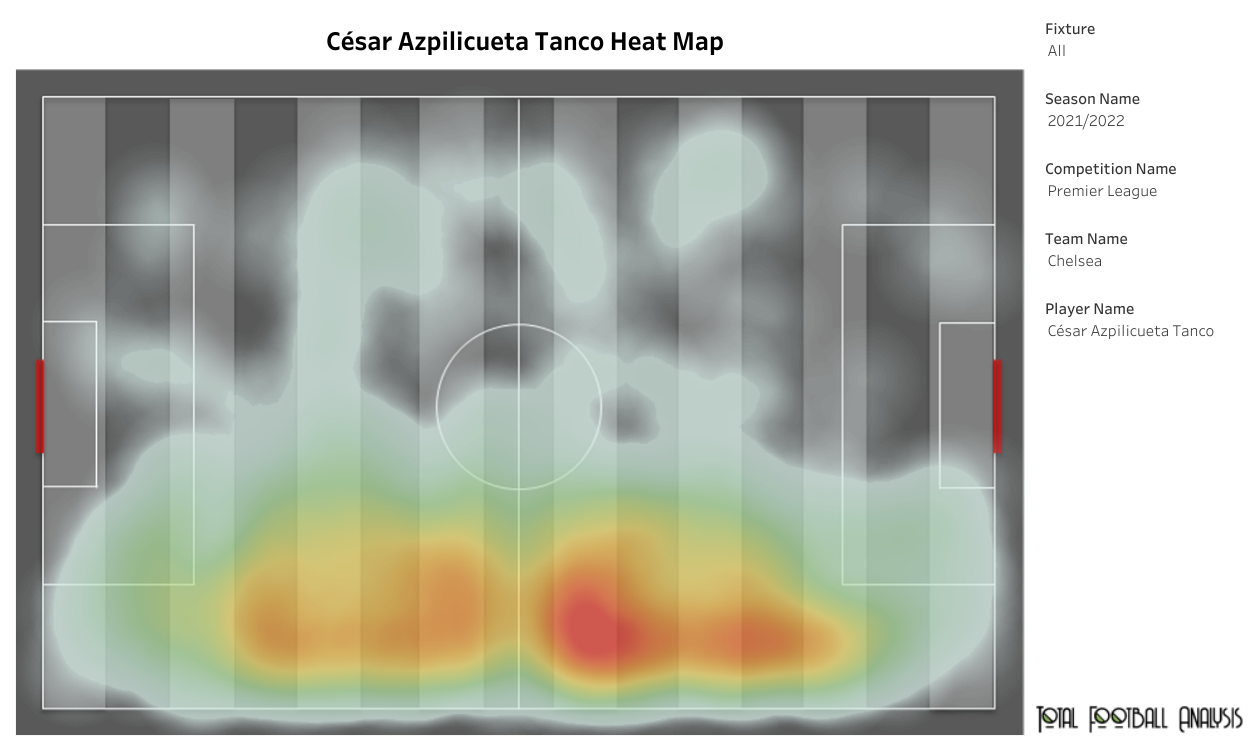 Azpilicueta was active all over the right flank for Chelsea, consistently bombing forward and tracking back. With the ball at his feet, he completed 5.39 progressive passes per 90, 4.65 passes into the final third per 90, 6.78 progressive carries per 90 and 1.65 carries into the final third per 90. He also generated a total of 44 shot-creating actions. 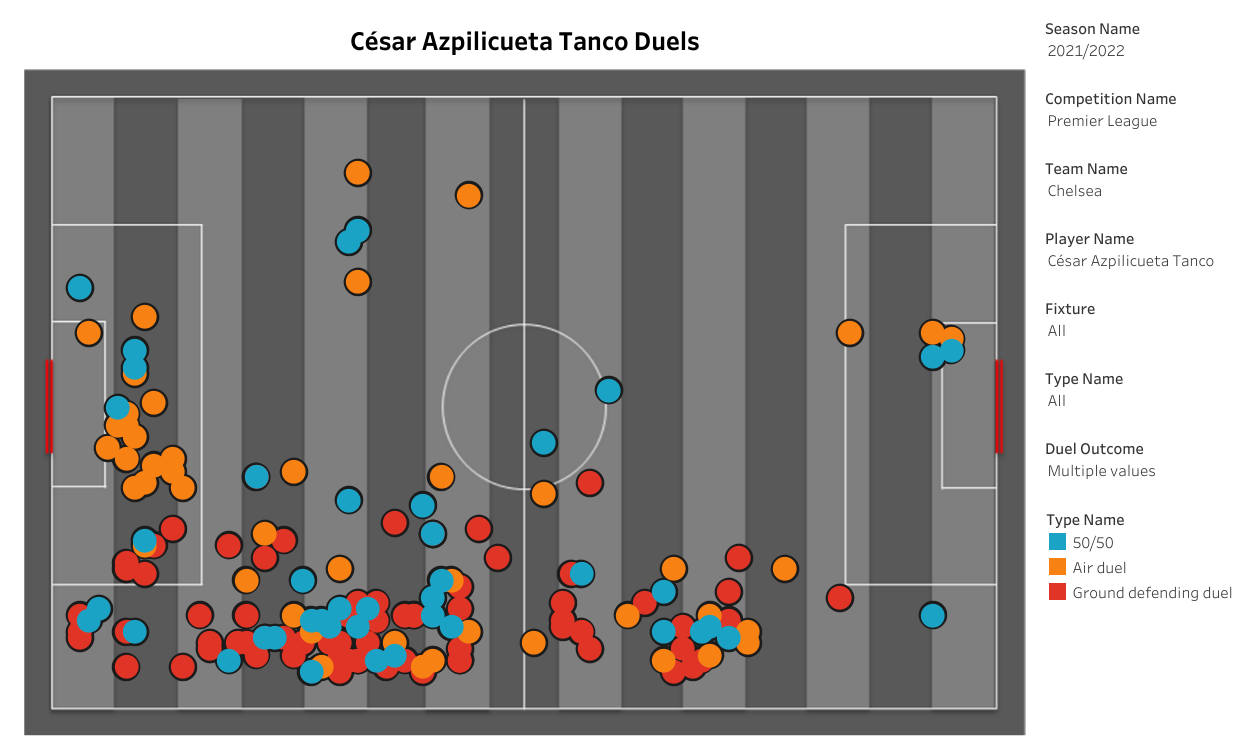 Unsurprisingly, most of Azpilicueta’s winning duels came in the defensive third, with some of them coming in midfield. The majority of the duels won by him were ground-based defensive duels, followed by 50/50s and aerial duels. He attempted 15.5 pressures per 90, 3.96 tackles and interceptions per 90, 3.09 clearances per 90 and 2.7 blocks per 90. Around 30% of his attempted pressures were successful.

César Azpilicueta is entering the final year of his contract with Chelsea. With him turning 33 in August, the West London club are reluctant to offer him a contract extension and are looking to cash in on the veteran instead of losing him for free. Atletico Madrid will no doubt benefit from his presence on the right side of the defence. However, they will need to compete with Barcelona if they are to sign the former Marseille man.