Luis Suarez will leave Atletico Madrid at the end of the season. The veteran striker delivered the LaLiga title to the red and white side of Madrid in the 2020-21 season, which was their first since 2013-14. However, with him leaving, and Antoine Griezmann failing to perform as per expectations, Los Colchoneros may have to find another forward to be a backup to Joao Felix and be a good option off the bench. One such option could be Brentford forward, Bryan Mbeumo. Here, we will take a look at whether the former French U-21 international could be a deputy for the Portuguese star at the Wanda Metropolitano. 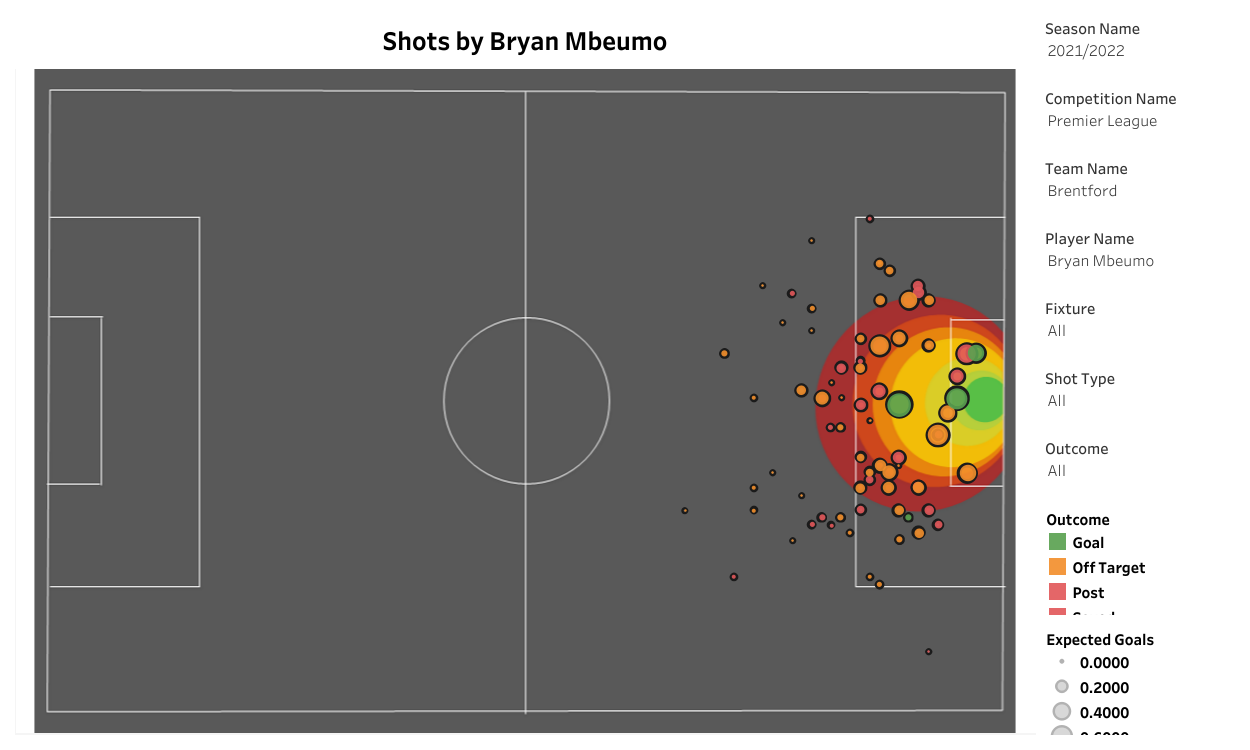 Mbeumo appeared for Brentford in 35 out of the 38 Premier League games, totalling 2,905 minutes in the process. During this time period, he managed to score only four goals (a goal every 726 minutes) with one of them being a penalty. xG says that Mbeumo should have scored at least nine or 10 times this season, meaning the former French youth international underperformed by a whopping 55-60%. And this underachievement can be seen in the shot map above, with lots of fairly big chances going off target (orange circles).

Shown above is the heat map of Mbeumo for Brentford in the recently concluded Premier League season. Mbeumo may have underperformed on his xG, but the Frenchman, who is of Cameroonian descent, outperformed on his xA for the season. The forward registered seven assists for the campaign, which was nearly twice what xA estimated. Mbeumo has been able to play across the front line when asked, but he prefers the right wing. The former Troyes man created 36 key passes and 26 passes into the penalty area this season, showing the overperformance compared to xA. 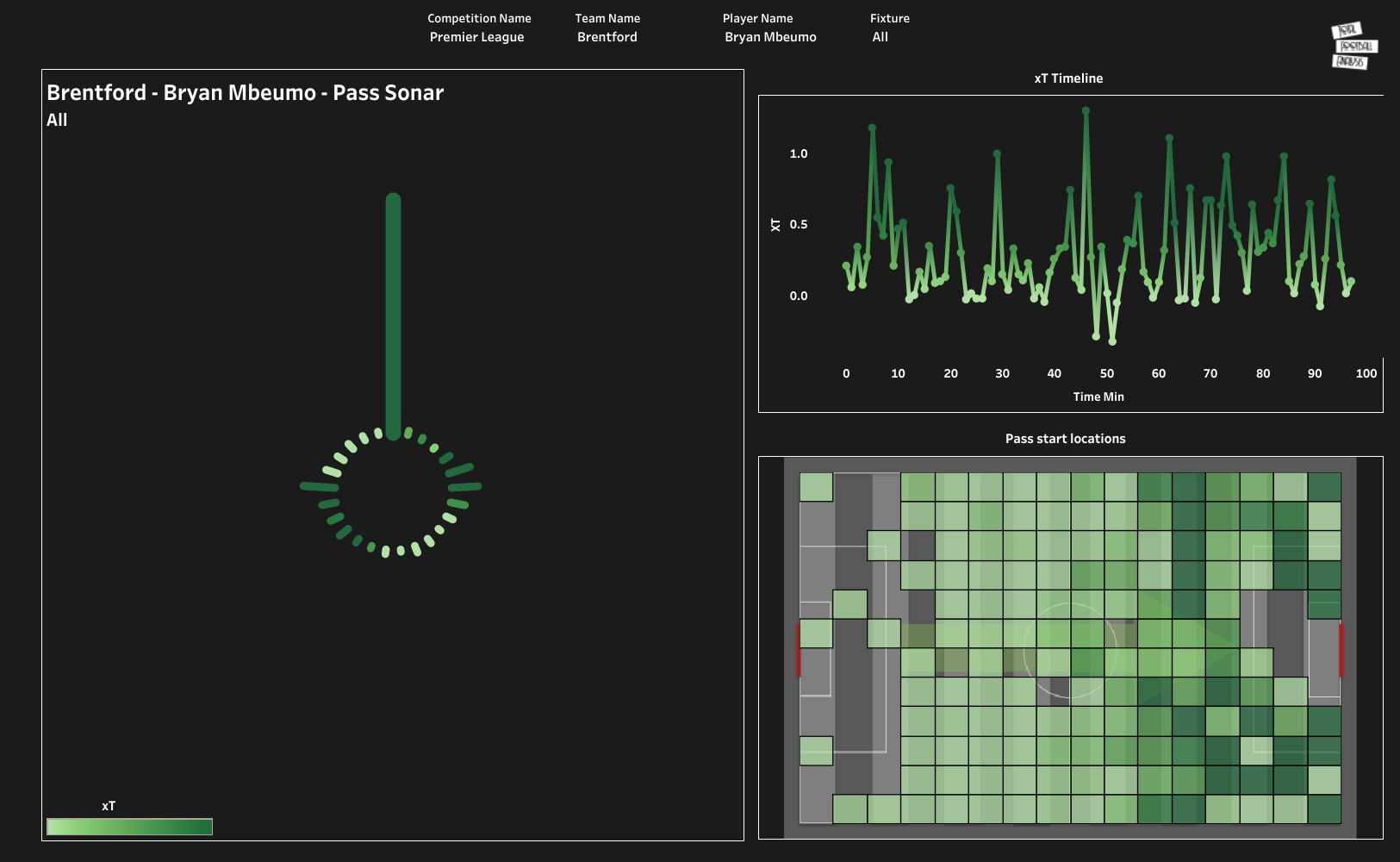 Seen in the above visual are the pass sonar, xT timeline and xT map of Bryan Mbeumo for Brentford in the Premier League season just gone by. He consistently generated an xT score of 0.5 or more, occasionally surpassing 1.0 in the process. Besides his 36 key passes and 26 passes into the penalty area mentioned above, Mbeumo also received the most progressive passes in the Brentford squad, with 266 (or 8.24 per 90) to his name. In addition to this, the Frenchman made the most progressive carries, carries into the penalty box and the second most carries into the final third in the Bees squad.

Being his first full top-flight campaign of his career, Bryan Mbeumo underachieved in some areas (goalscoring) and overachieved in others (assists and creativity). But he is nowhere near the level required to play for a Champions League club like Atletico Madrid. So, the Rojiblancos should look elsewhere for a backup forward to Joao Felix.