When Atletico Madrid re-signed Antoine Griezmann from Barcelona on a loan deal, he was coming off two vastly underwhelming seasons at the Camp Nou. Given the transfer fee and the massive wages the Blaugrana paid to acquire the forward, it would go down as one of the worst transfers of all time. After Joan Laporta was chosen as the Barcelona president, he felt that Griezmann was surplus to requirements in Catalonia. On the deadline day of the summer transfer window of 2021, Atletico Madrid decided to bring back the French attacker, this time on a loan deal. 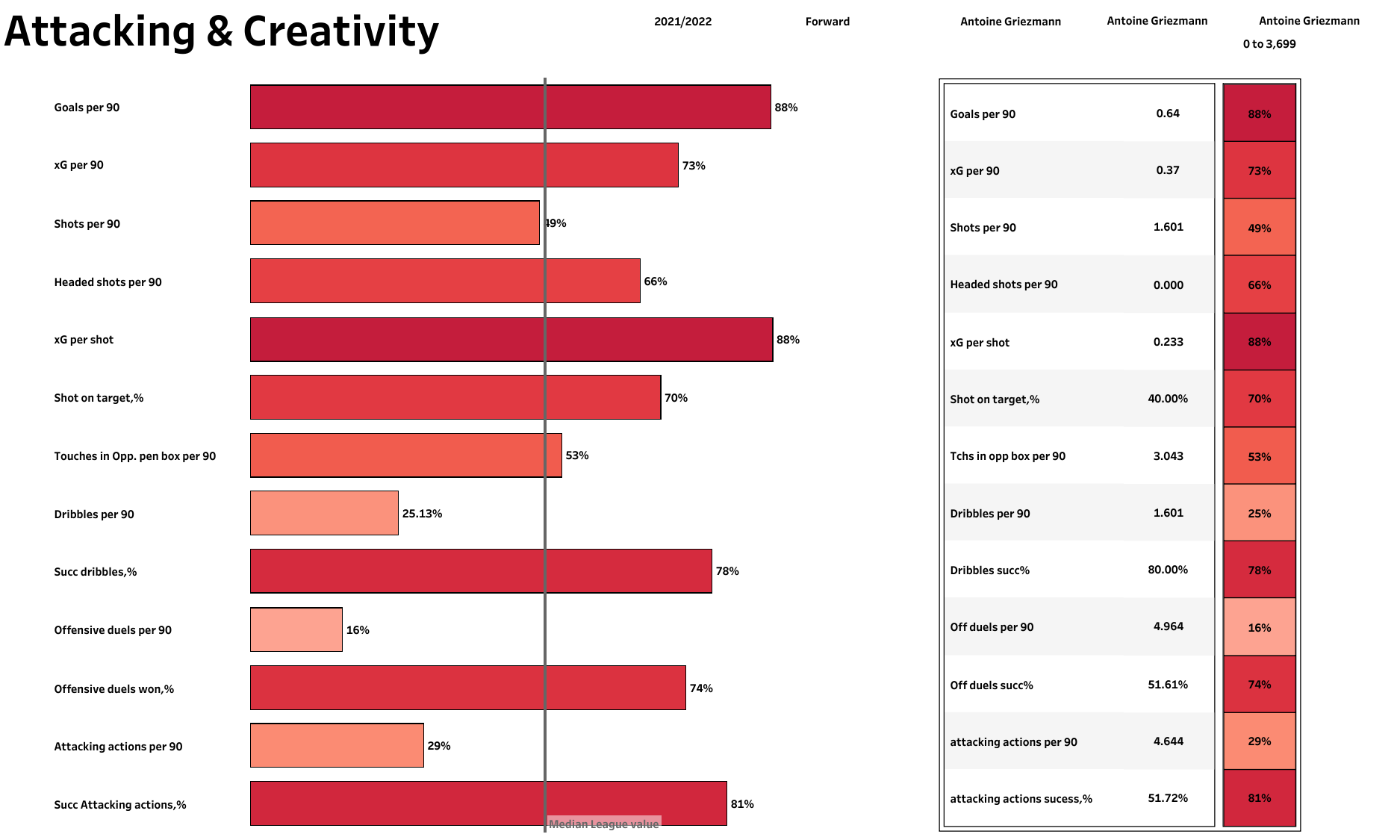 Griezmann played 36 times in all competitions for Atletico Madrid last season, including nine in the UEFA Champions League. He was on the pitch for 519 minutes, during which he scored four times but also got sent off once. The Frenchman scored at a rate of 0.64 per 90, which was good enough for the top 12% and considerably higher than the 0.37 per 90 that xG predicted. He took only 1.6 shots per 90 but hit 40% of them on target. The former Real Sociedad player registered just over three touches in the penalty area per 90, which barely put him above average. He attempted just 1.6 take-ons per 90 but completed 80% of them. 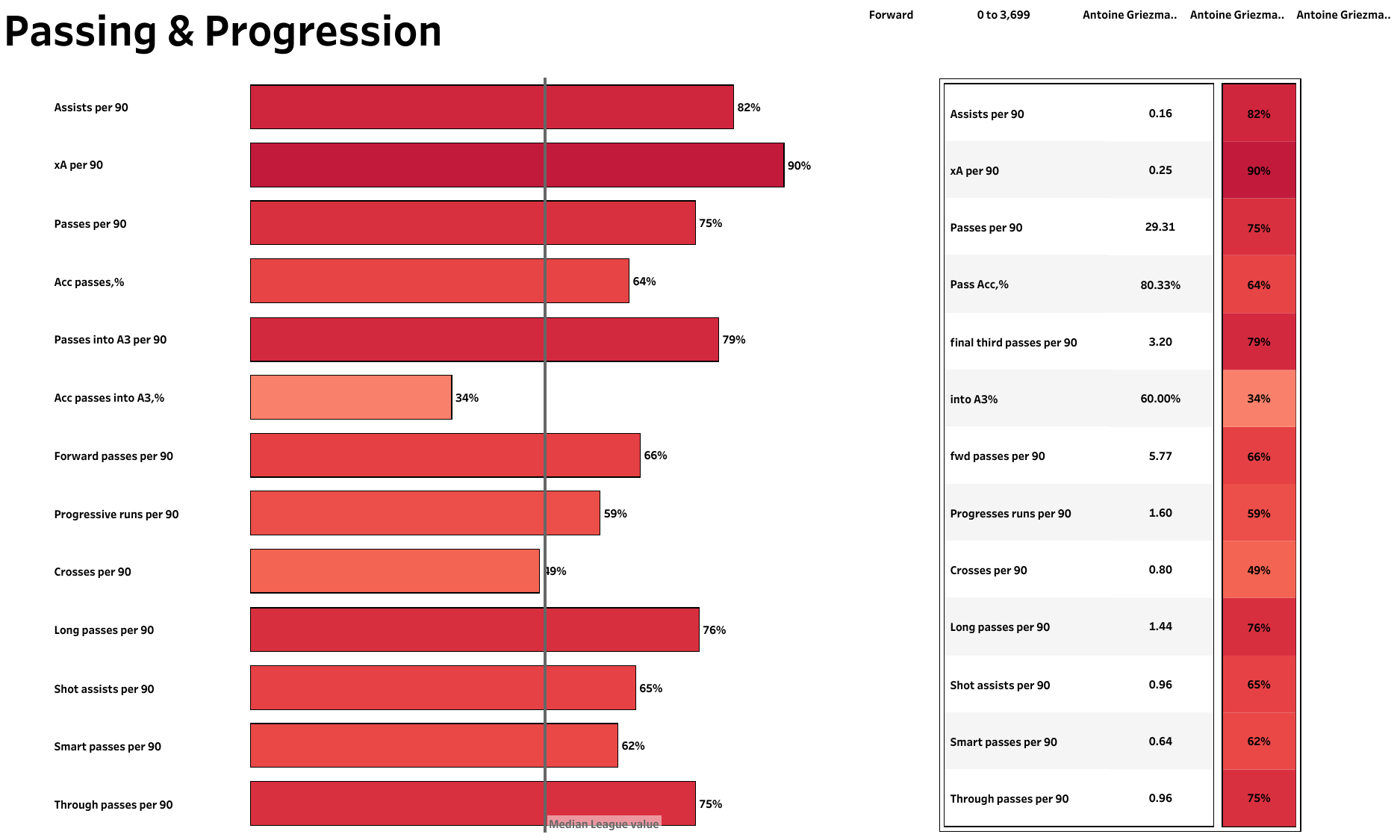 Besides his four goals, Griezmann provided three assists for Atletico, which meant that he had a goal involvement every 74 minutes. His 0.25 xA per 90 ranked him in the upper decile of forwards. The Frenchman attempted more than 29 passes per 90 at a decent pass accuracy of 80.3%. But this dropped to 60% when trying to find a teammate in the attacking third. He completed 1.44 long balls per 90 and 0.96 through passes per 90, both of which put him in the top quartile among attackers. 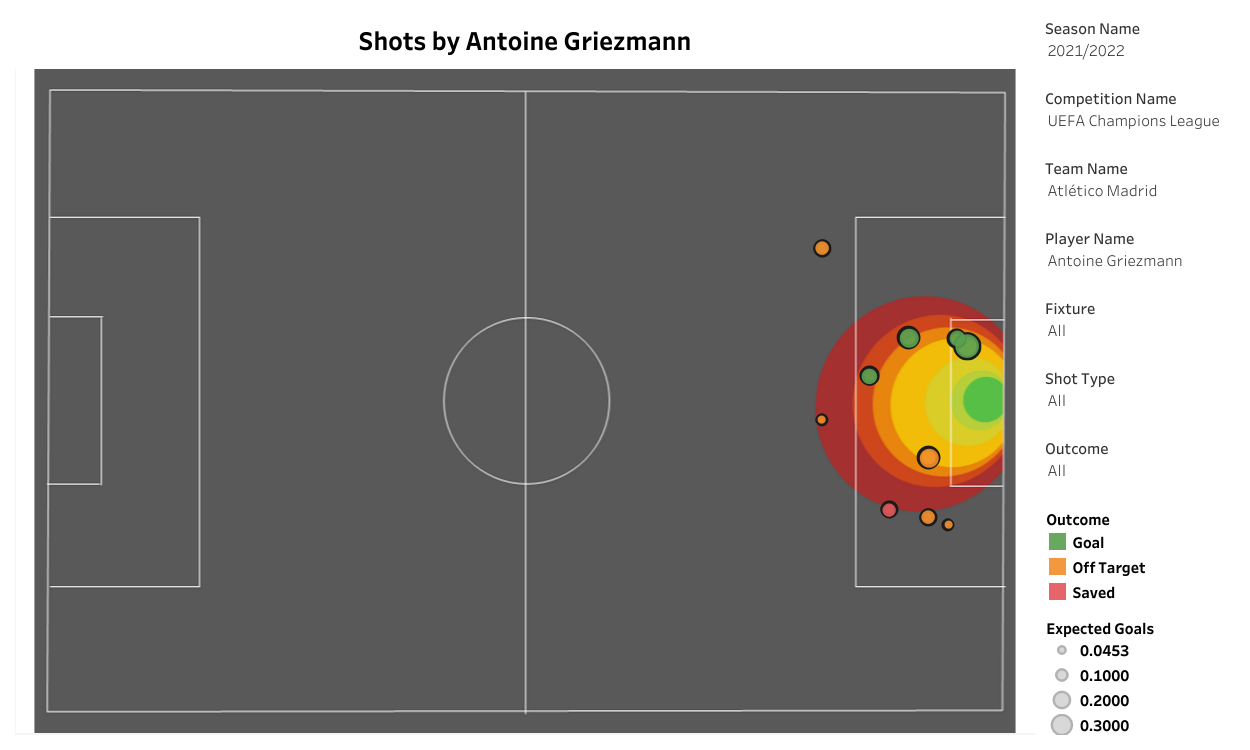 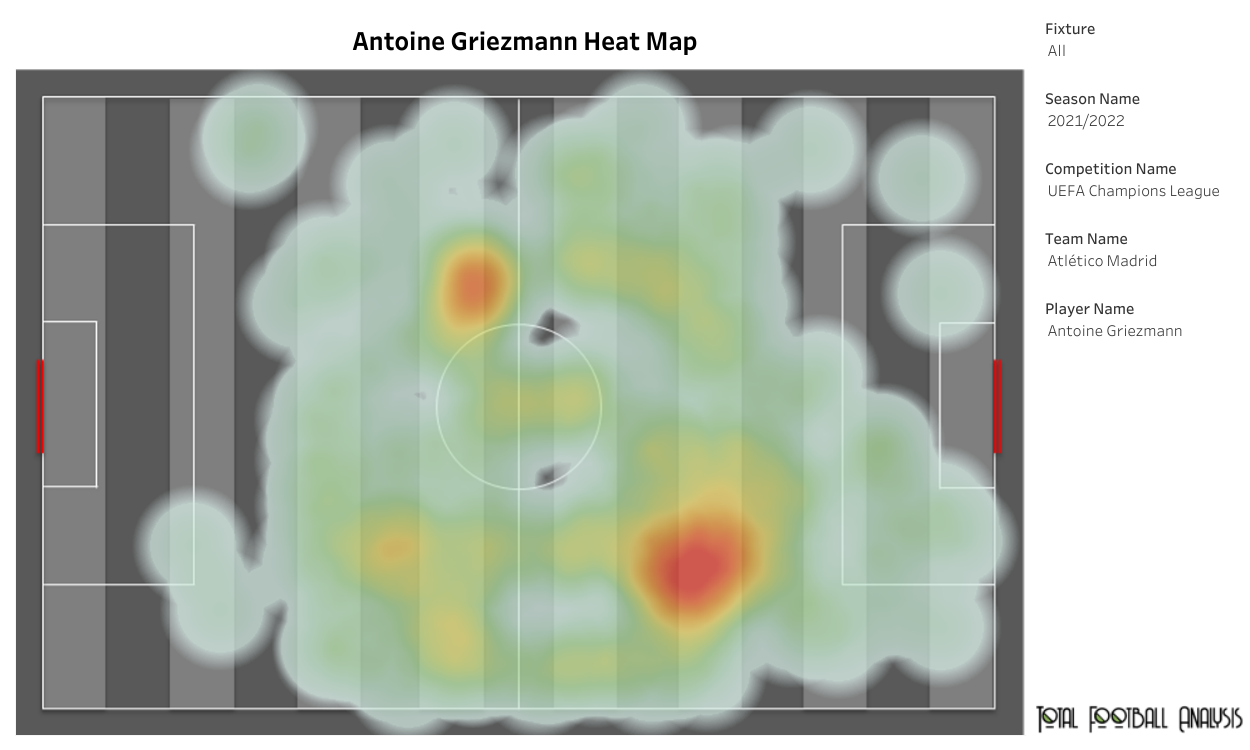 Griezmann was mostly active and influential in the final third of the pitch, featuring mostly as a second striker, though he occasionally shifted from the centre to the right wing. With the ball at his feet, he completed 3.86 progressive passes per 90, 1.4 key passes per 90, 1.05 balls into the penalty area per 90 and 3.51 progressive carries per 90. The Frenchman was not one to shy away from defensive responsibilities as he attempted 21.8 pressures per 90, 2.46 tackles & interceptions per 90 and 1.23 blocks per 90.

While Antoine Griezmann’s performances in the UEFA Champions League were quite good, the same cannot be said for how he played in the LaLiga. Having triggered the second year of his loan spell, Atletico Madrid will be hoping that the Frenchman can net at least 15 goals, something he has not done since the 2018-19 season.