Atletico Madrid have been struggling on the right side of defence this season. Their only proper right back in the squad is the Croatian Sime Vrsaljko, and he has played only 28% of the available minutes this season. This is in spite of a lack of major injuries (he missed only six games through injury this season). However, in the past week, Los Colchoneros have been linked with a move for bringing in Aaron Wan-Bissaka from Manchester United. So, we will explore whether he would be a good signing for Atletico Madrid. 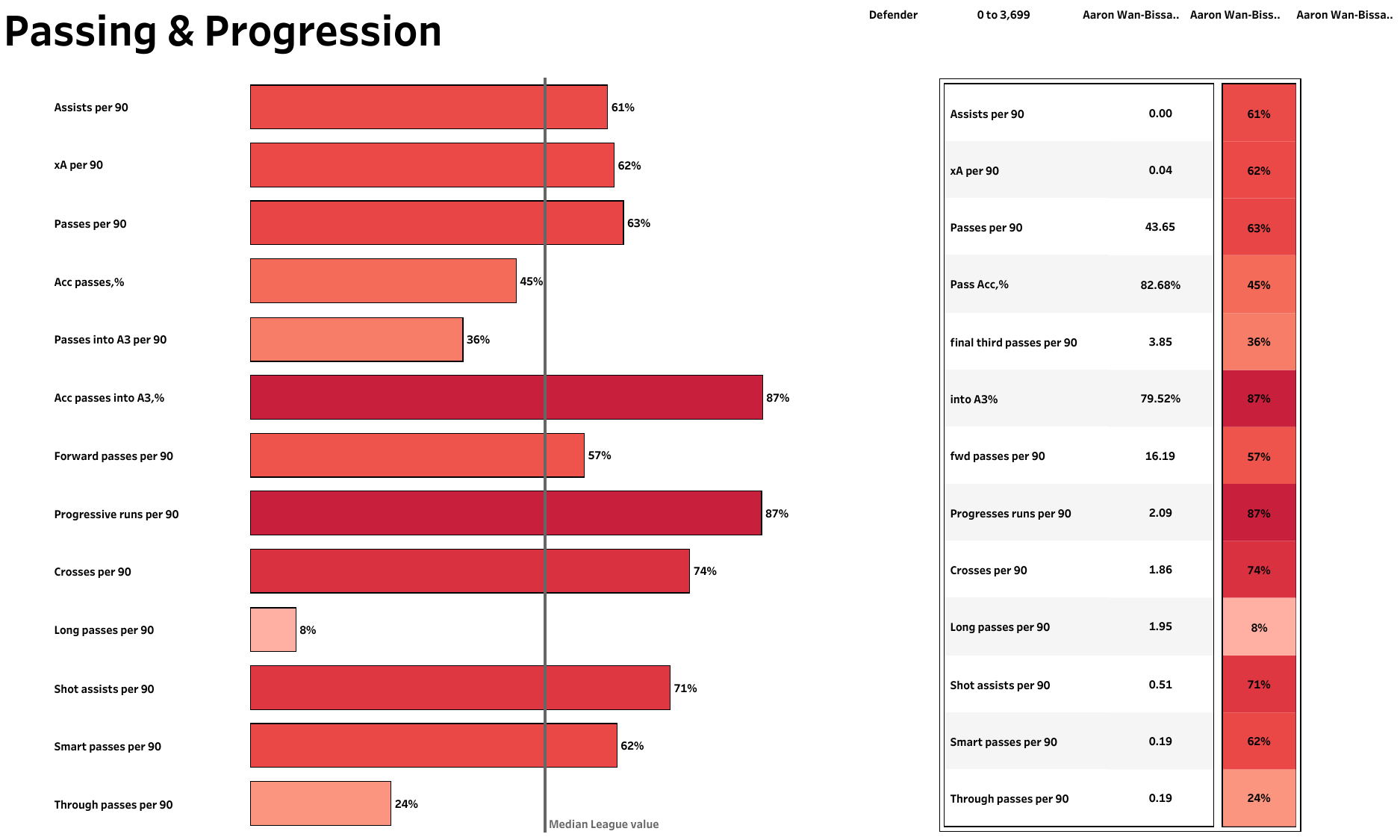 Aaron Wan-Bissaka is primarily a defensive full-back, which means he should fit easily and quickly into Diego Simeone’s system. However, he is also quite involved with the ball at his feet as he completes 44 passes per game with a pass accuracy of 82.68%. He completes nearly four-fifth of his passes into the final third but only attempts just under four every match. Wan Bissaka also makes over two progressive runs per game, putting him in the top 13%. 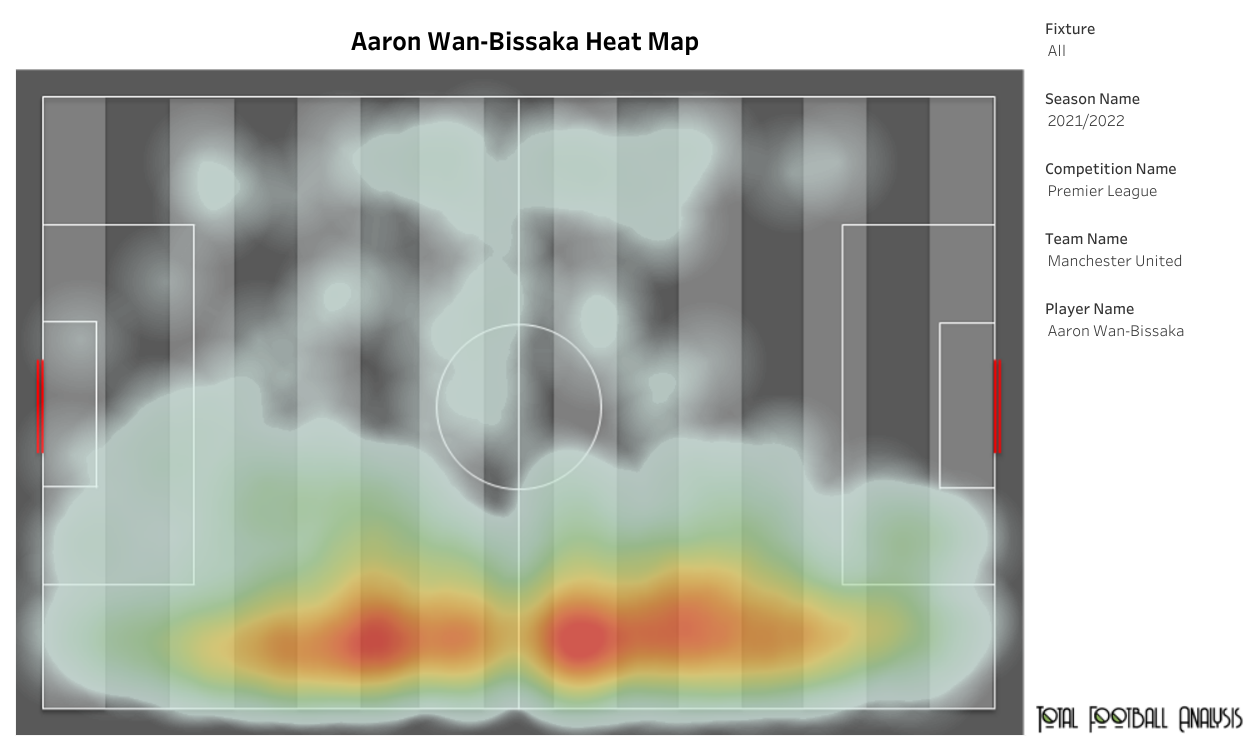 As seen from the above heat map, Aaron Wan-Bissaka is pretty strong in the defensive third and midfield but not so much in the final third. His ‘defence first’ approach may help Diego Simeone’s side as they have only the 11th best defensive record in LaLiga, conceding 1.14 goals per game, which is very poor and unusual for a Diego Simeone team. However, the former Crystal Palace man may take inspiration from Kieran Trippier who succeeded in the Spanish capital under Simeone’s tutelage.

Seen in the above image are the duels locations of Aaron Wan-Bissaka. Most of his successful duels have come in the defensive third and midfield, as expected. Aaron has 64 successful pressures to his name, but he also has an aerial duel success rate of only 38%, despite being 183cm tall. 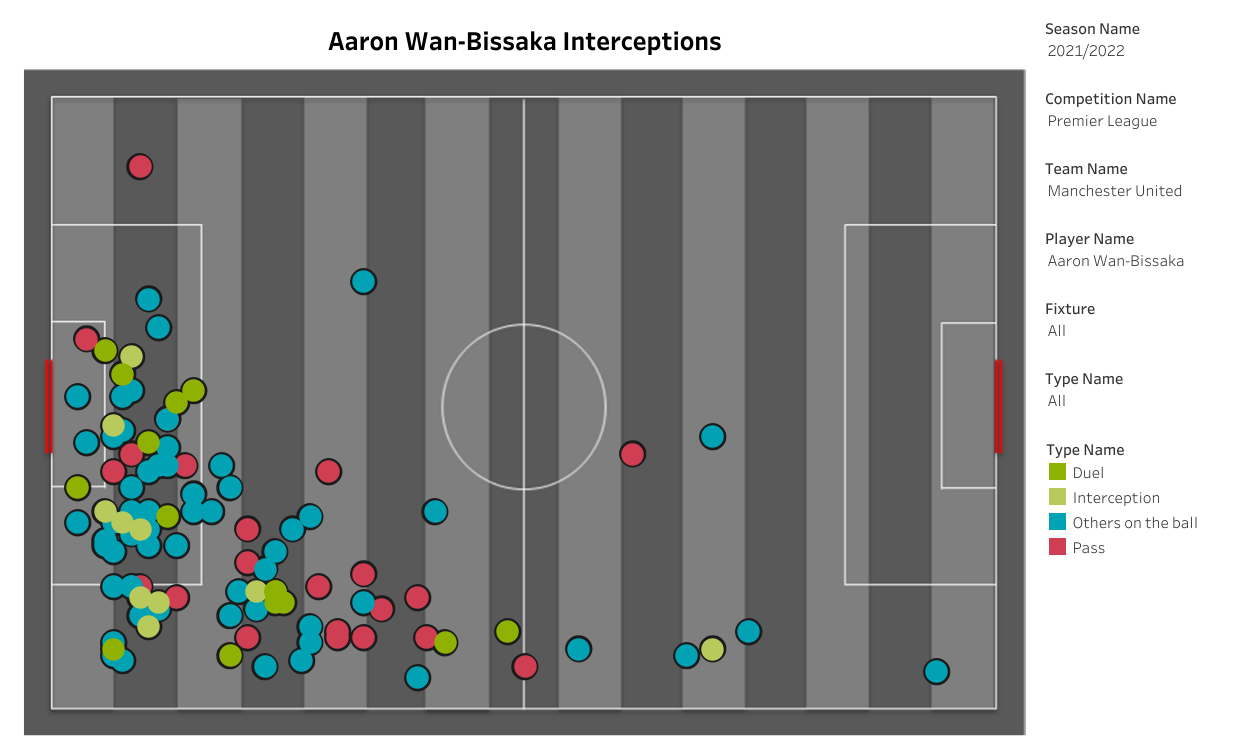 Aaron Wan-Bissaka has completed 97 tackles and interceptions this season in the Premier League. He has also made 48 clearances so far. He is not a very active player in the final third, which may hinder Atletico’s attack. 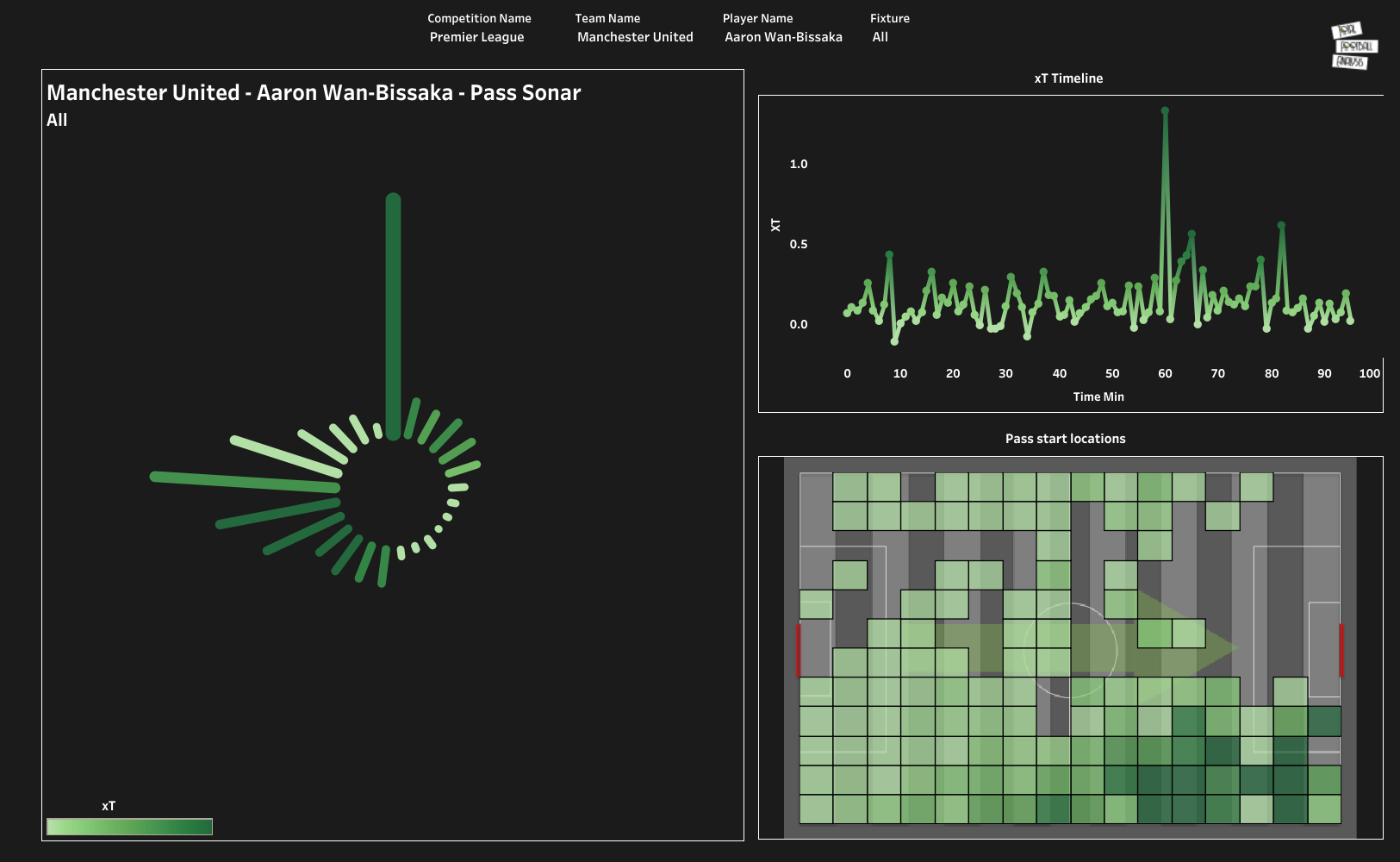 The above visual has Aaron’s pass sonar, xT timeline and xT map. He has occasionally created threats in the attacking third but not at the level of elite attacking right-backs like Trent Alexander-Arnold, Joao Cancelo and Reece James, to name a few. Most of his high xT from passes comes only from forward passes, which goes to show that he does not bombard the flank as often as modern-day full-backs should.

With Erik ten Haag seemingly not fond of Aaron Wan-Bissaka, it may be time for the latter to leave Old Trafford for Wanda Metropolitano this summer.